It took me nearly three days to finally load the new Black Crowes album, Warpaint, to my hard drive. As it transferred and converted, I decided to take an unusual break. I walked outside, barely cracked open a stubborn coconut, filled one half of it’s sweet and meaty blubber with some rum and pineapple juice and sat down in my busted desk chair, where I turned on the first song, “Goodbye Daughters of the Revolution.” 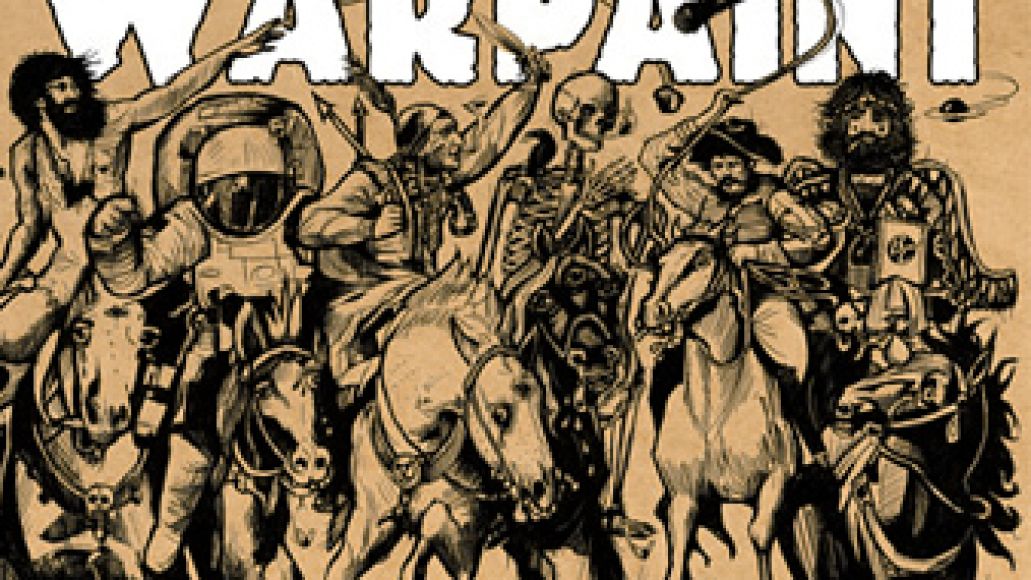 As I was trying to find a way to set my coconut down without spilling its contents, I began to wonder what this album could bring. I mean, come on, it’s been seven years since they released Lions and nearly two decades since their 1990 memorable debut album, Shake Your Money Maker. Would this be the same great rock band I grew up to as a child of the 90’s? Would this give me the same feeling as I had when I saw them back at Langerado in ’06, with guitars that ripped the sweat from my pores and organ notes that chilled me out?

Half way through “Daughters”, my answer was already yes. The uppity classic sound of the album’s first song could be reflected in the “Jealous Again” pond, while the rest of the album is like the offspring spawned from the generations of their past albums. Like any successful family, the youngest take on their own meaning while still retaining their family traditions, and this album fits this type.

The new addition this time to the Crowes’ family tree is Mr. Luther Dickenson, of the North Mississippi Allstars; a musical guru in traditional delta blues guitar. In almost every song you hear the weeping cries of Dickenson’s slide guitar, only cries more similar to an ending of a great movie. One might look at Dickenson’s induction in the same vein as Duane Allman was to Derek and the Dominos, both smart moves in terms of style and commodity if the songs are any indication.

“Goodbye Daughters of the Revolution” is the typical sound of the Black Crowes, bringing you their usual style that slaps you in the face with old school juke joint, gospel house preachin’. Call it what you will, but I’ll stick to my own label: grits and bacon rock and roll. “Evergreen” mediates between a still, silent crowd ballad and a bounce house groove maker. You’ve got your sensual organ weaving itself around guitar riffs that coagulate your blood. Jesus, it’s like a debutante making sweet love to a Hell’s Angels biker. At times it might cloud your mind, and with a running time of 4:20, you could… well you get the point.

If I’m to see the band at any point in the future again, “Moving on Down the Line” is the track I want to see performed. At first it’s slow and melodic, having you think it to be one where you could sit down in the crowd, maybe grab a beer, but then the drums begin to grab your attention and you’re trapped. Next thing you know, the bass is shaking your hand and your feet are tapping the ground. Simply put, it makes you move baby.

There’s something I have to admit. Before I started Warpaint, I thought this would be one of those albums that a band makes after a long break to rekindle their old rock fire, where in the end they fade out as much as their ’92 tour shirts have. But Warpaint proved me wrong. This album is just another step in their musical ladder, still going up. It’s another generation in their fish pond of albums, and by the looks of things, these fish will keep on having sex.

Check Out:
“Movin’ on Down the Line”
“Evergreen”