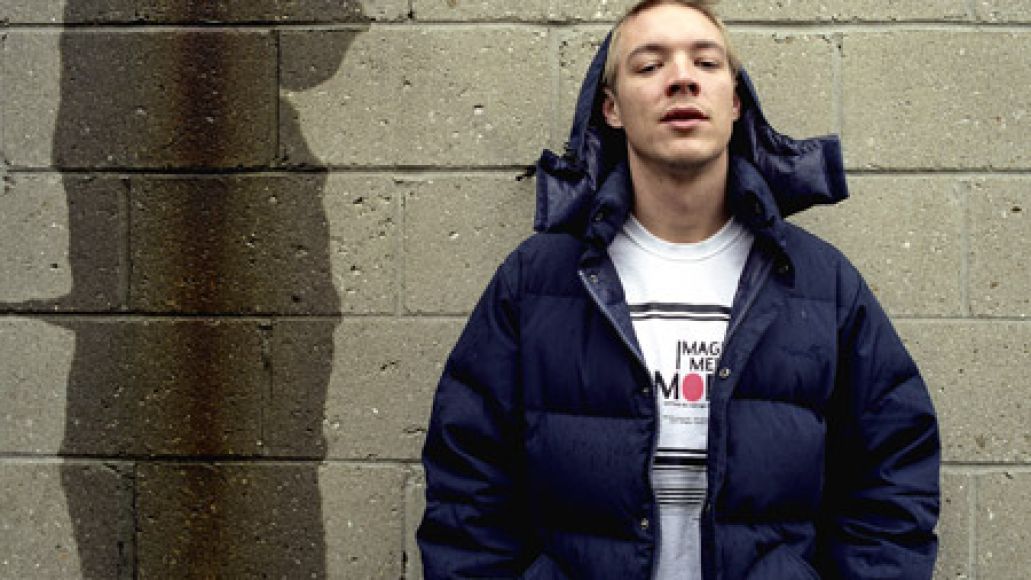 I wanted take the opportunity to spotlight Diplo, because he is an act that has definite potential to blow up to superstar status. As an American DJ/Producer, Diplo is bringing exposure to the Baile Funk sound from Brazil.  This year will be his second appearance at Coachella, his first was in 2005.

Diplo, born Wesley Pentz, released his first full-length solo album, Florida, in 2004, incorporating a variety of genres, such as rap, jazz and trip-hop.  The album is a solid debut, but you can detect the influence of DJ Shadow throughout it. Diplo gained the most commercial success with producing the M.I.A track Bucky Done Gun. In 2006, Diplo started his own label, Mad Decent.  Artists currently signed under Mad Decent include Bonde Do Role, DJ Blaqstarr, Rye Rye and more.

I saw Diplo open for Justice when the MySpace tour hit Chicago and Diplo had a much stronger set than the well established, Justice.  Much of this lies in his innovation, as he samples sounds and hooks from songs in a way that isn’t obvious.  It’s easy to take Daft Punk’s Harder, Better, Faster, Stronger put the chorus on repeat and drop rhymes on top of it.  What Diplo does is take the same song, and turn it in to something completely different and interesting.  He doesn’t go with the obvious choices of where to sample from a track.

That’s not to say he’s perfect. Diplo does need to work on his stage presence.  At times, he gets caught up in his own world, forgetting that other people are there, but musically he knows how to command the crowd with his sequences. It’s just a matter of time before he gets the confidence and status to have a major stage show.

This year at Coachella, if you want to see a show where you are guaranteed to move your body, check out Diplo.  Only six more days to go!

Check Out:
“Shake It Over and Over”