Chomsky novels, nickel-and-dime coats and lines of music-starved indie rock disciples lined the outer limits of Florida State’s own Club Downunder in anticipation for Canada’s own Tokyo Police Club. Being present in the eye of this hurricane definitely had its peaks and valleys. The clock struck 8:30pm and the doors of Club Downunder opened for the frenzied masses to enter and glance at their new found Canadian idols. Going from nothingness to packed house within a ten minute span set off sparks; the small ones that didn’t need much to ignite, but banded together and set the place aflame.

As the club swelled with eager anticipation, the electricians and roadies stacked the decks of the stage and troubleshot wires while the hungry crowd waited in awe. Lincoln, Nebraska’s own Eagle Seagull was the first act to perform. Before hitting the stage, the modest sextet sat quietly off to the stage like a gang of Clark Kents. Their appearance struck that of superheroes hiding behind innocent smiles waiting to save the world.

By nine o’clock, Eagle Seagull made their Tallahassee debut and found themselves at home without any self-consciousness. Within the first two numbers, it was clear the band had the crowd by their necks. By his stage presence alone, lead singer and rhythm guitarist Eli Murdock blazed a path not many bands do when debuting in this town. While somber and subtle in appearance, he had that uncanny and also rare ability to capture people’s attention quickly and efficiently. His vocals only added to the band’s charisma, and with that breathed a sigh of relief. 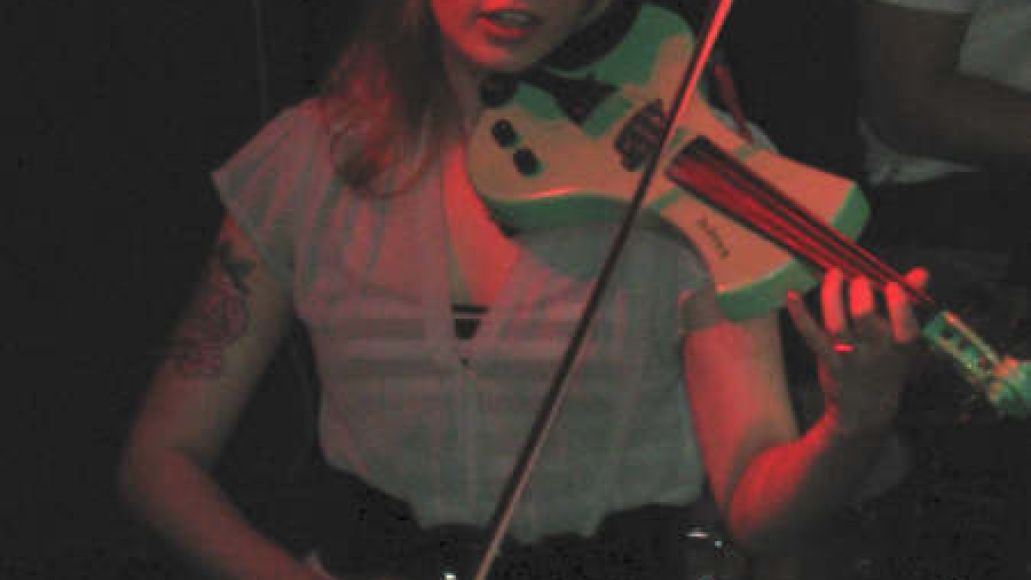 Not being familiar with their work personally, the band, rest assured, sounded nothing like other contemporary indie rock artists. No no, this was something that hadn’t been done in a while. Eagle Seagull’s performance carried me back to the mid 70’s in NYC. The band’s danceable and sultry compositions carried weight of the superstars who made CBGB’s famous, most notably Television & The Talking Heads. In fact, it could have been an impromptu performance by David Byrne himself and the difference couldn’t have been determined. The bottom line however came to a head: these guys were great.

Along with Murdock’s vocal delivery, violinist Carrie Butler performed intricate melodies amongst the group’s Spector-esque wall-of-noise musical aroma and smashing a few bowstrings in the process. Lead guitarist J.J. Idt’s guitar sounded more like shards of glass cutting melodies apart than a standard Fender Stratocaster. For a band labeled in the new-fangled genre that is “indie,” they knew how to bring the shake, even though their subtle, humble selves never showed it. Towards the end, the band walked offstage with sparks in their hands and smiles on their heads. They owned. 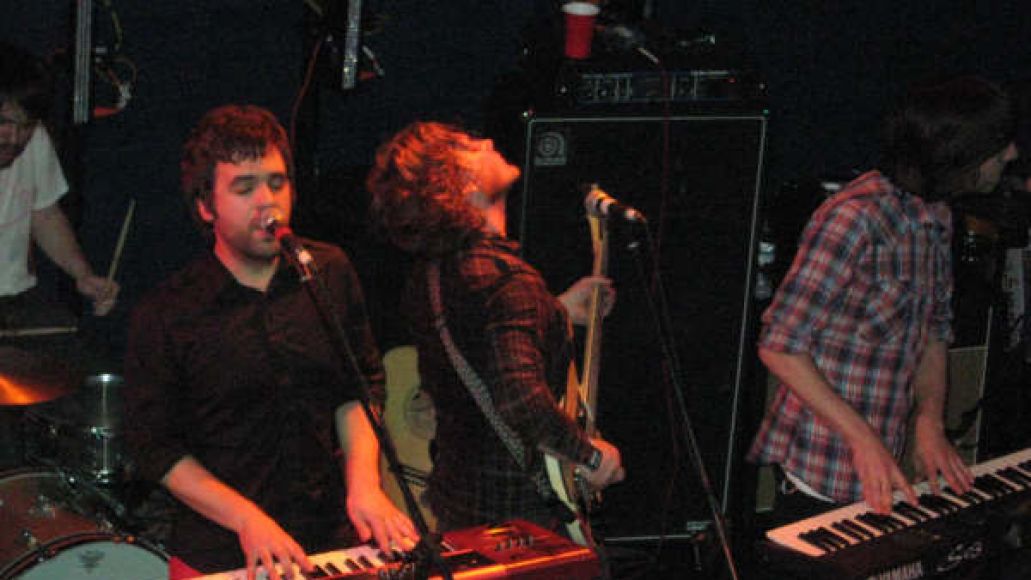 During the intermission, two bottles of PBR, one Blue Moon and a Yuengling passed the time while the electrician roadies set up for Tokyo Police Club. Many followers took time to jam the couches and beer bars while electric wires and strobe lights adorned the stage. About thirty minutes later, everything went black and the four Toronto natives took the stage. Blue and red strobe lights flickered like glowing waves behind Dave Monks ferocious bass and matted hair. Keyboardist Graham Wright pounded the opening numbers with fingers of iron and never let up, singing backup like a caged banshee.

While the band started off strong, towards the middle of the set, their rocket of energy quickly crashed back to Earth. Sound problems also plagued guitarist Josh Hook, as his guitar became somewhat inaudible over Wright’s keyboard playing during the latter part of the set. The band debuted two new songs off of their upcoming album, Elephant Shell, due out on April 25th. Fan reaction was well received, even though Tokyo Police Club somewhat faltered towards the end. They did however return to the stage with an encore of “Cheer It On,” which sealed a well done final hurrah for the Canada natives. 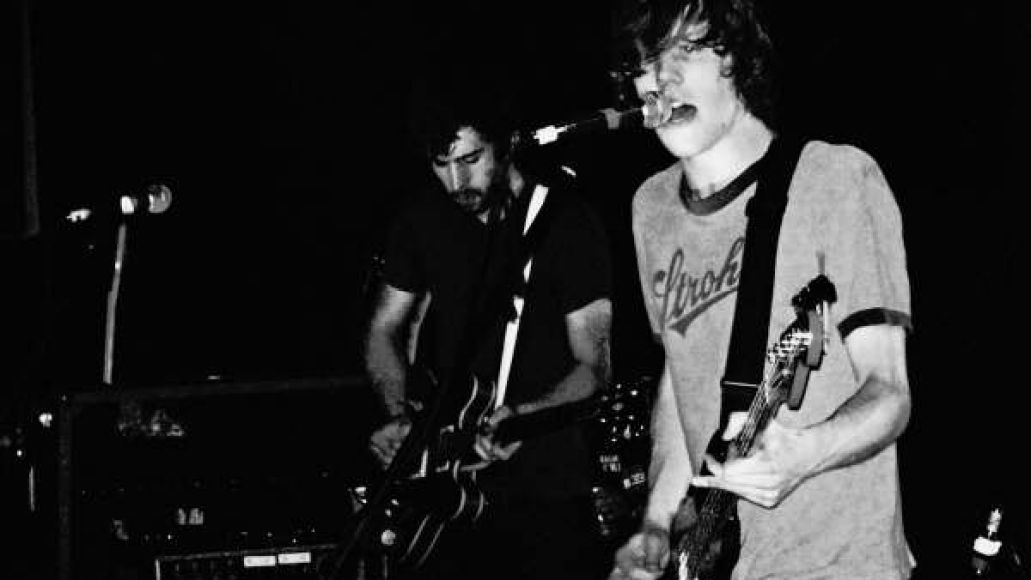 The show ended, the followers fled and the floors returned to their shiny, grayscale texture. Within the span of three hours, the small, quaint Club Downunder rollicked and tangoed itself until it was sore. Eagle Seagull put on a great performance and Tokyo Police Club wasn’t too bad, I just wish I walked away with something a little bit more. 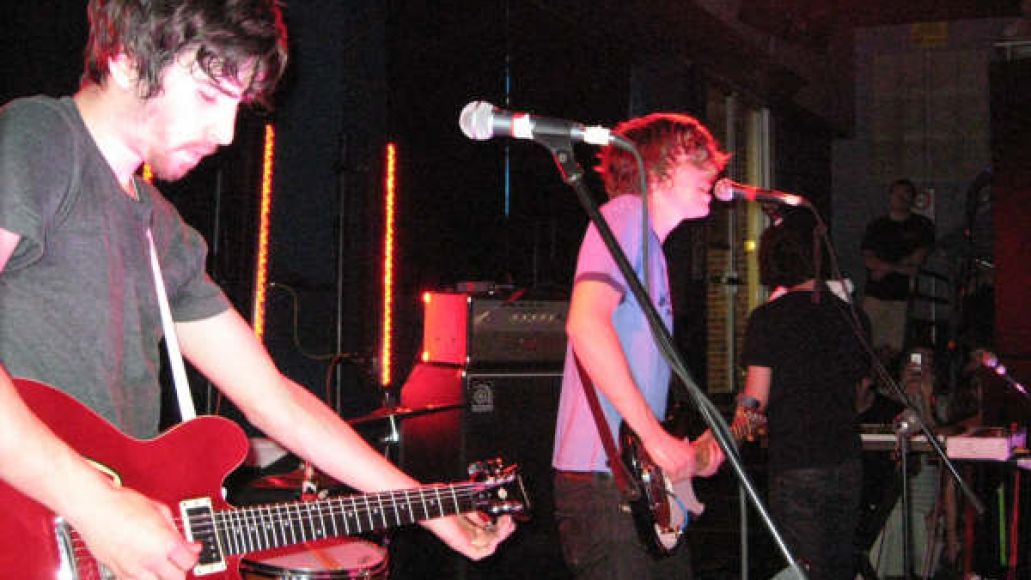 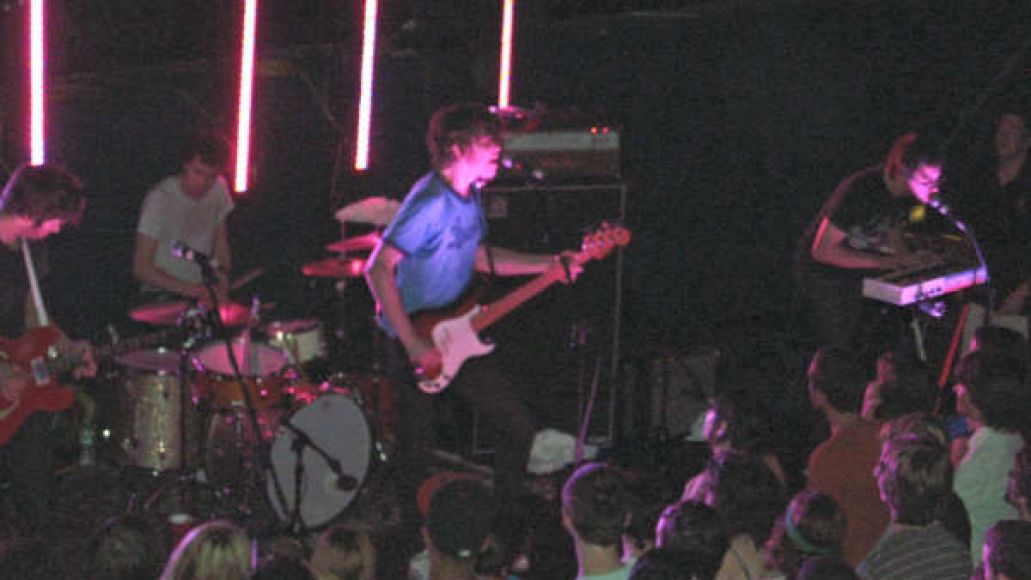 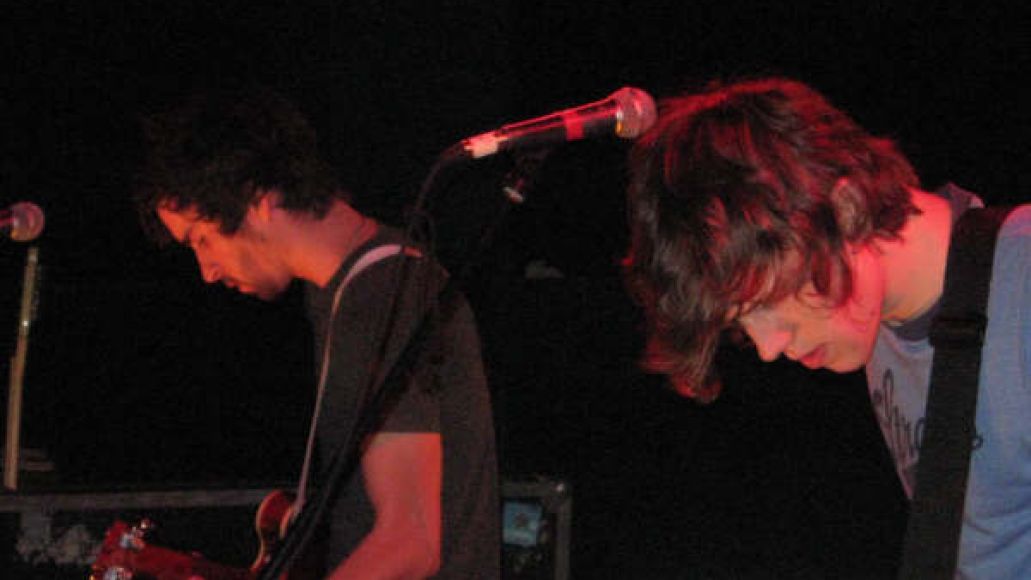 All pictures taken by Rachel Diana.