Fans of De Novo Dahl will come to appreciate its better unknowns, How I Became The Bomb. In a one word review, summed up by yours truly, they’re “spunky” and further proof there’s a lot to indie-pop that has yet to fully blossom. On one hand, there’s the more, call it if you will, mainstream releases (e.g. Death Cab for Cutie’s Plans), then the underground, though with a following that’s flooding the mainstream, finds (e.g. Vampire Weekend’s debut, Clap Your Hands Say Yeah pre-sophomore album), but when one finds it at the core… that’s like hearing The Beatles for the first time. Not really, but it makes for a good comparison. 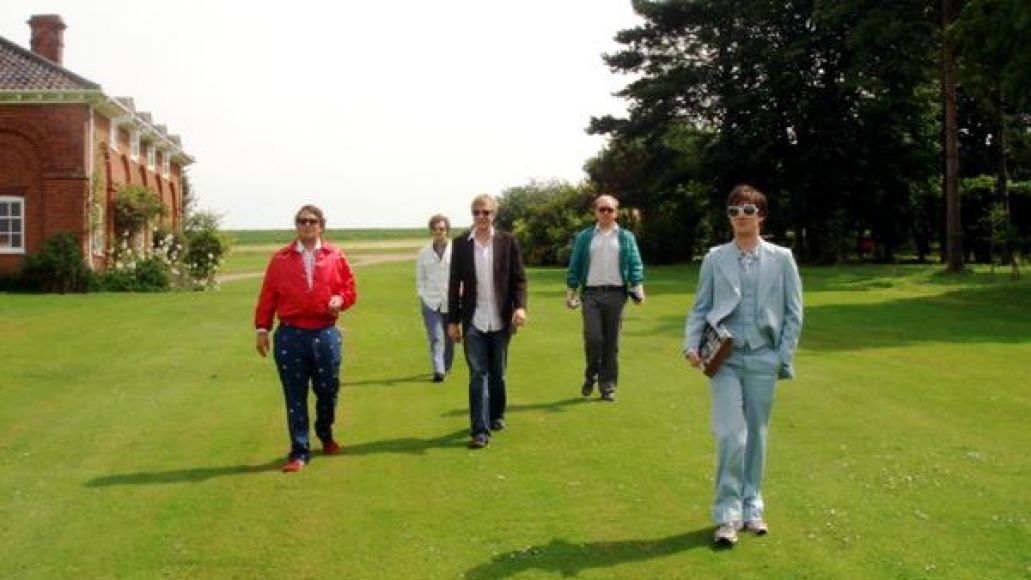 How I Became The Bomb can write a song. Whether they can hold a caliber to the millions of other indie-pop acts is a question no one should ever ask. (And I just did!) Nevertheless, bear witness to some tasty pop that’s fizzling up and away. This Tennessee quintet is still not signed to a label, but its only a matter of time with the whine and crawl their songs tend to employ.

“Robo” works out in the same way that many dance numbers have in the past, but its a little more innocent. The keyboards, by the very advanced Adam Richardson, really ground up the usual indie mess into something extraordinary. In “Secret Identity”, the song that brought me to their music (thanks to last.fm), spins off of Richardson’s flute-like synthesizer work, alongside an achingly angst-riden bass line of Ricky Bizzness, and the fluid drum beats of Andy Spore (dubbed Big Spo). “This secret identity is killing me,” as Jon Burr cries out loud repeatedly, is catchy enough to snap into anyone’s iPod. By the way, the latter is a perfect running song.

These songs come off of the band’s 2006 EP, Let’s Go!, produced by rising Tennessee legend, Jason Bullock, who has worked with The Pink Spiders. The E.P. has garnered quite the praise, especially with mainstream press, as Uncut Magazine writes, “Everything that the self-conscious We Are Scientists got wrong explodes into rightness on this curveball debut.” With such an accessible E.P., the band has had the opportunity to share the stage with a variety of interesting and exciting acts, such as The Legendary Shackshakers.

So if you’ve worn out the new M83 album, tired the new Death Cab single, and still find yourself in desperate need of something organic yet spicy, then this quintet might just be right up your alley. If not, go find a cot and sleep in it for the next month or so.

Listen: How I Became The Bomb