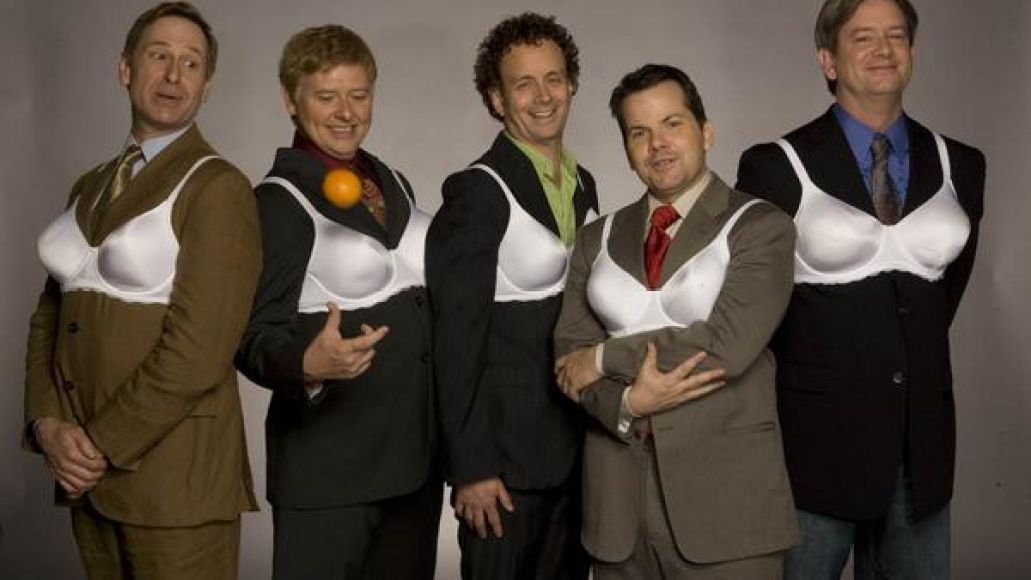 Back in the late eighties, comedy was at its prime. Dana Carvey and Mike Myers had just joined Saturday Night Live, John Candy was still making movies, and Tracey Ullman was debuting The Simpsons. Somewhere along those lines, one of comedy’s greatest sketch teams made its debut and changed the way everyone looked at cross dressing, popular gay culture, Canadian police officers, and female chickens forever. They were five young guys aptly titled The Kids in the Hall, a counter culture movement that took everyone by surprise.

With the exception of a one off reunion last year for “Just For Laughs”, The Kids in the Hall (KITH) have been relatively dormant for the past six to seven years. Sure, you could catch Bruce McCulloch on Carpoolers, Dave Foley on Celebrity Poker, and Kevin McDonald on a random That 70’s Show rerun, but it’s just not the same (and certainly, they’re not kids). Last weekend, the five sketch comedians debuted what is promising to be a successful, hilarious, and sprawling tour. I just happened to catch them on their second night, in Milwaukee’s own Riverside Theater. 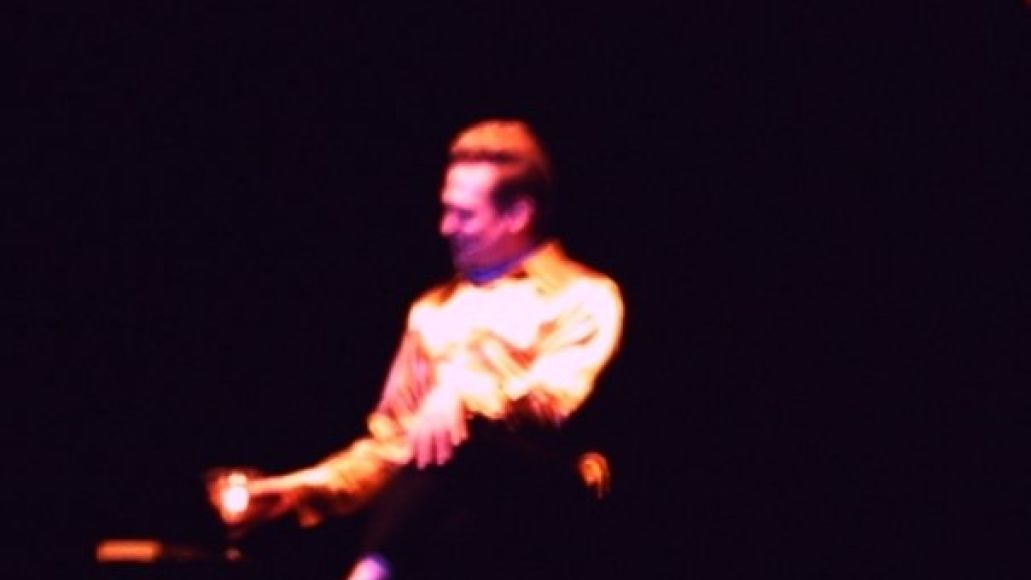 Just off the river and in the heart of the (ghost) town, the Riverside Theater is lush in the sense that it’s not too big yet relatively small. Capaciously cozy, you might say. It wasn’t a sold out show, but it could have been had maybe fifteen or twenty more people shown up. Hundreds of fans were frolicking around, clutching drinks, and debating whether or not they should hunker down thirty bucks for a “Girl Drink Drunk” shirt. It felt like a Class of ’91 reunion.

When the lights went down over a Power Point collage, a video started playing, where the audience was introduced to the old, grey, and distinguished group, mulling over the possible tour sketches. After Mark McKinney suggested the group should rape Kevin [McDonald], the infamous theme song, “Having an Average Weekend”, ripped open the lights and from the sides came the group incarnate. 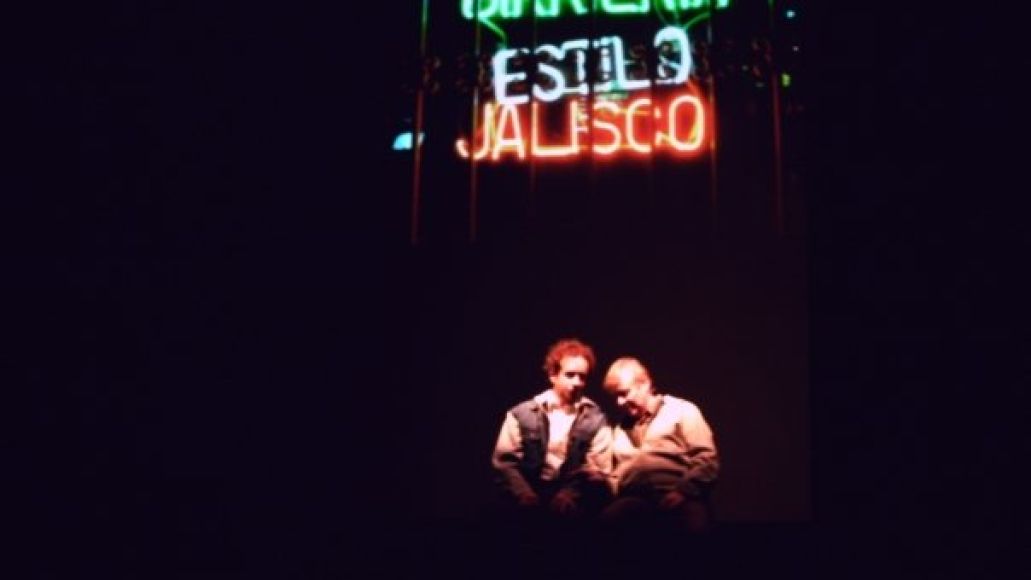 In a sense, the entire stage show felt modeled like an actual episode. While the themes by Shadowy Men from a Shadowy Planet were occasionally replaced by more modern tunes (including The Raconteurs), there were backdrops, quirky tag backs, and a slew of returning characters. However, most of the show included brand new material, written exclusively for the tour.

Some highlights included: Scott Thompson’s classic Buddy Cole, whose diatribe on a gay Christ is worth the price of admission alone, Dave Foley’s Imaginary Girlfriend cheating on him, which featured some wicked clever writing, and Kevin McDonald and Foley as the Time Traveling Drunks. For a second night run, the group seemed tight, even with the few technical glitches (e.g. lighting, make up). It all worked. 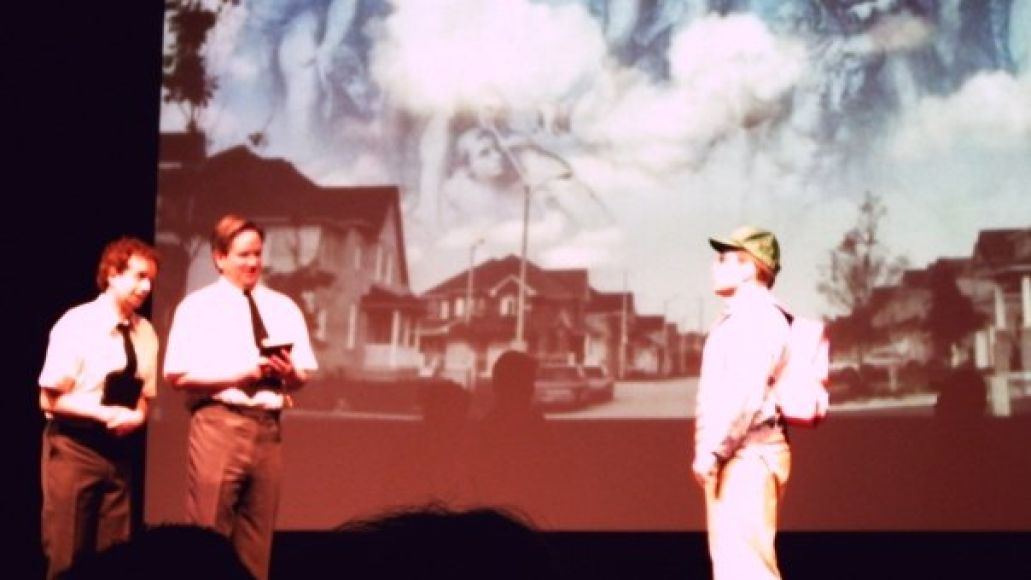 Everyone here seemed at peace. McKinney, although slightly unrecognizable, still could hold the loner, sappy monologue. McCulloch could still play the youthful, rather annoying Gavin. Foley and McDonald were still the best duo. And a rather youthful Thompson as sexually suggestive as always. When they debuted the new hilarious and timeless filmed skit, “Carfuckers”, it was clear that this group, if they wanted to, could still prevail.

For a group that’s pushing fifty, with established self loathing latter careers, the sketches, while not as punchy as the decadent five seasons before it, were enough to warrant a nation wide tour. This is comedy that doesn’t rely on the latest headline, the most convenient form of comedy really, and instead pushes the envelope of creativity further, with sketches that can and will hold a caliber ten to fifteen years down the road. 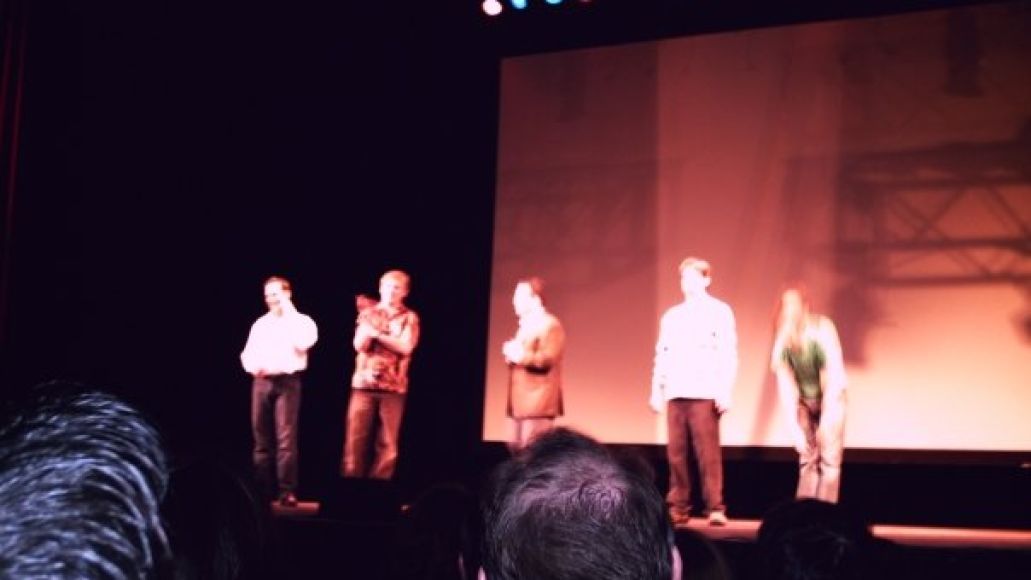 Or, at least when they’ll be Geriatrics in the Hall.

The Kids in the Hall 2008 Summer Tour Dates