On the eve of the release of Narrow Stairs I’ve decided to take a look at Death Cab for Cutie’s last album Plans. While technically not an independent release, it was their major label debut, and something of a culmination of their previous four releases on Barsuk. Their fifth album didn’t just have to stand up to the rest of the band’s catalog though, it also had to live up to the popularity from Transatlanticism being written into The O.C. television series as well as the success of The Postal Service’s debut album. But it delivered and then some. 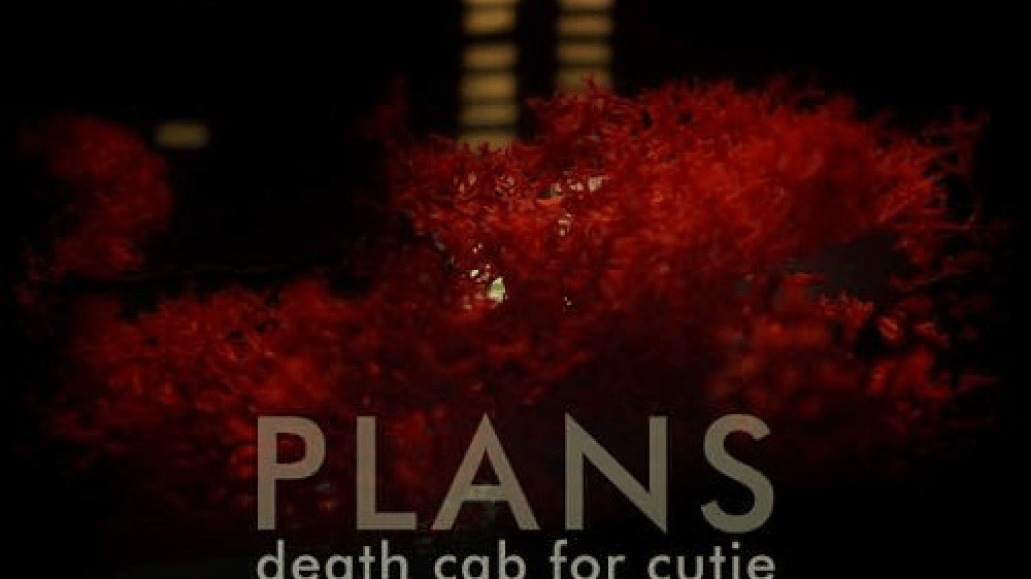 As with Death Cab’s previous releases, Ben Gibbard’s lyrics are full of great imagery and metaphors. The album opens with “Marching Bands of Manhattan” describing how “Sorrow drips into your heart through a pinhole/ Just like a faucet that leaks.” And “Summer Skin” captures the nostalgic feelings of unrequited love in an epidermis metaphor, “we peeled the freckles from our shoulders/ Our brand new coats were so flushed and pink…we’d left our love in our summer skin.” And while maintaining this style that’s defined Death Cab’s lyrics for the past four albums, Gibbard’s words take on a new direction with this release.

Expanding on his use of geography and distance as metaphor for relationships, Gibbard moves into a metaphysical arena on this album. Three songs explore the central theme and clarify exactly what these plans are that the title refers to. He first touches upon it on what was the album’s first single “Soul Meets Body” when he declares, “But if the silence takes you then I hope it takes me to.” The question at the heart of this record is that of how to deal with loss. When you’ve spent most of the important moments of your life with someone, moving throughout the world together, what else are you to do when they pass on but wish to pass on as well. This desire is addressed quite directly in the title of “I Will Follow You Into the Dark,” the album’s acoustic sing-along ballad.

But this exploration comes in its most direct form in “What Sarah Said.” After beautifully establishing the physical and emotional scenery of waiting for a loved one in an ICU he comes to the realization of what all of our plans in life are, just “a tiny prayer to Father Time” and reaches a harsh understanding of what a friend once said, that “love is watching someone die.” And after having laid this all out for the listener there are no more lyrics. Just a soft rolling drum beat, a gentle guitar stroke, and a churning piano melody. And with this serving as a moment for reflection he then poses a question. A seemingly simple, yet potentially heart-wrenching question…

“So who’s gonna watch you die?”

It’s a chance for us to meditate, to explore for ourselves whether or not we have anyone who can share those bizarre moments that occur when the plans we make don’t turn out how we’d expected. That’s the reason this album is so instantaneously accessible. Because for those who can relate, it reinforces their thoughts and feelings. And for those that haven’t been there yet, it captures something they’re trying to discover.