If you were not at Park West last night for the Nightwatchman’s final stop of his seven-city “Justice Tour”, you may have just committed the most unforgivable offense of your life. This is especially if you purchased tickets to the show and chose not to go, but rather to scalp the tickets on Ebay, which Morello made clear is punishable by several bitchslaps from the back of the Nightwatchman’s hand. Those of you who were smart enough not to sell your ticket know exactly what I’m talking about. The only thing you are guilty of is overindulging in more than 4 hours of great live performances for a measly $10 bucks (all profits going to charity). Am I the only one who came out thinking I just got the deal of a lifetime? Somehow, I don’t think so.

For those unfamiliar, The Nightwatchman is the alter ego of Tom Morello, most widely known as the guitarist of the political rock band Rage Against The Machine. The Nightwatchman is usually just Morello, an acoustic guitar and a harmonica doing his Dylan’esque, Springsteen influenced folk/protest songs, mostly from his debut album, One Man Revolution. On this tour, we were treated to a bit of the former, along with the Freedom Fighter Orchestra, and several other special guests, all tearing shit up in the name of social justice! 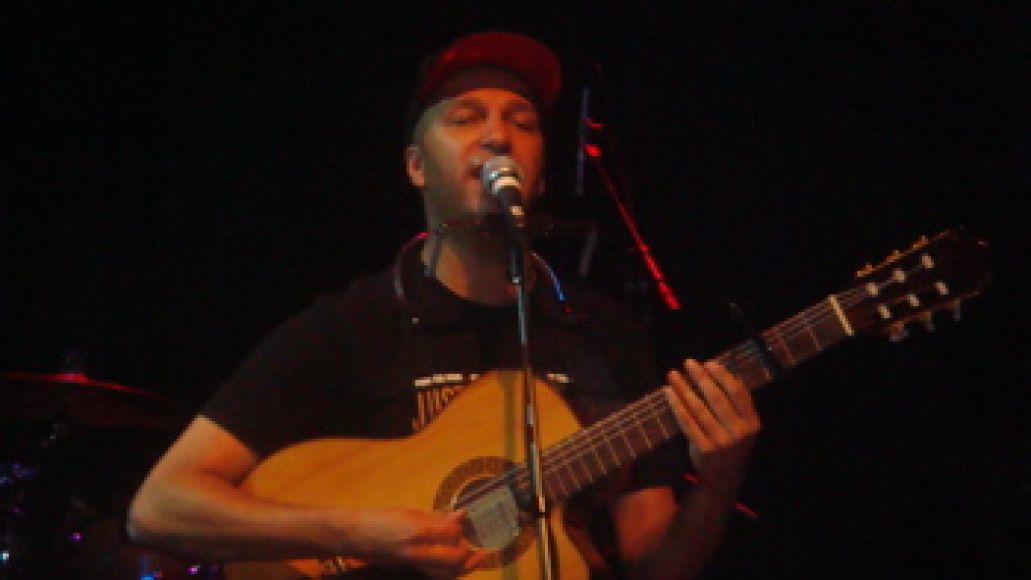 The special guests consisted of an assortment of artists, including Ben Harper, Shooter Jennings and his mother, Jessi Colter, fellow Libertyville buddy Ike Reilly, Wayne Kramer of MC5, The Coup’s Boots Riley, Perry Farrell and Sen Dog from Cypress Hill. Oh yeah…and Breckin Meyer. You know? That dude from Love Burger? The band from the movie Can’t Hardly Wait? Still no? Okay, go rent Road Trip. Talk about a bunch of people you would never, in your right mind, expect to see on a stage together. I know it sounds a bit ridiculous, but let me tell you, it was everything you would want it to be, and much more!

The Nightwatchman began his set with “Union Song” and also did “The Garden of Gethsemane”, the RATM favorite “Guerrilla Radio” and a new song he wrote just for May Day, entitled “Wall Against the Wind”. Boots Riley followed with the Coup’s “Underdogs” and joined by Morello on the acoustic guitar, performed a menacing version of “5 Million Ways to Kill a C.E.O.” Following Boots, the stage was taken by Jessi Colter who did a couple of her own tunes before being joined onstage by her son, Shooter Jennings to do the duet “Please Carry Me Home” written for the film, The Passion of the Christ. Then Morello and Shooter nailed a cover of AudioSlave’s “I am the Highway”. Following this, Wayne Kramer, joined by his bro Mars Williams on Sax, did a couple of wierd tunes, before handing the stage over to Ike Reilly for his lonely acoustic gig. 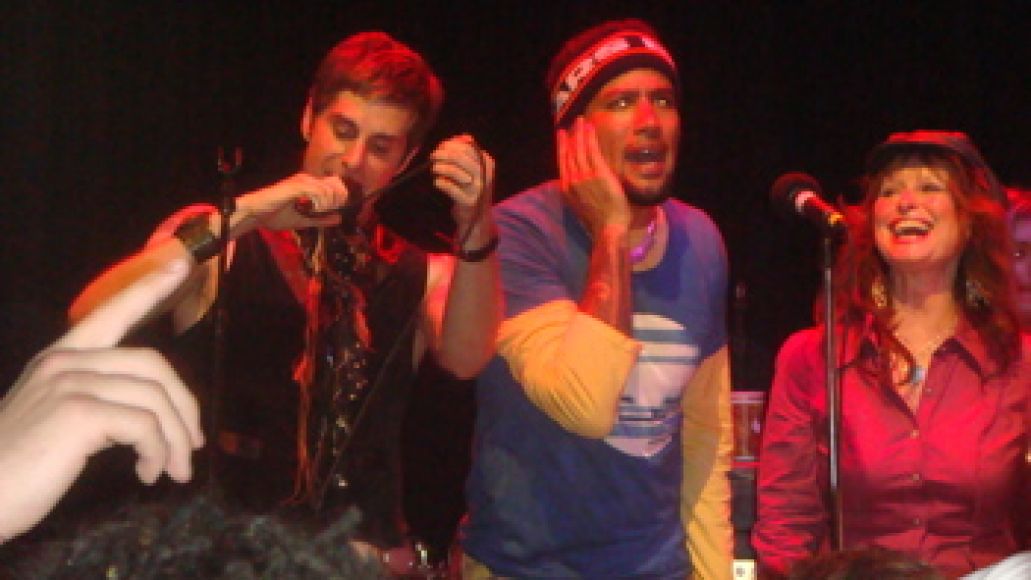 Soon after, the night raged out of control, no pun intended, as the multitude of artists randomly joined the stage for unique collaborations. This included surprise guest, Sen Dog who performed “Rock Superstar” and House Of Pain’s “Jump Around”, while repeatedly stage diving into the moshing crowd. The funniest moment of the night was when Morello prepped us for The Nightwatchman’s first party jam, entitled” I Just Want to Shake My Shit”. As funny as that was, The Nightwatchman never joked around too much, aside from his semi-sarcastic tone, like, “Alright, back to the serious shit!” We were treated to covers of “Keep On Rockin’ in the Free World” and “Rainy Day Women #12 & 35” before Morello’s classic closer, “This Land is Your Land”, which at past Nightwatchman shows, comes off a bit awkward, but tonight, with a stage full of superstars, translated magnificently. 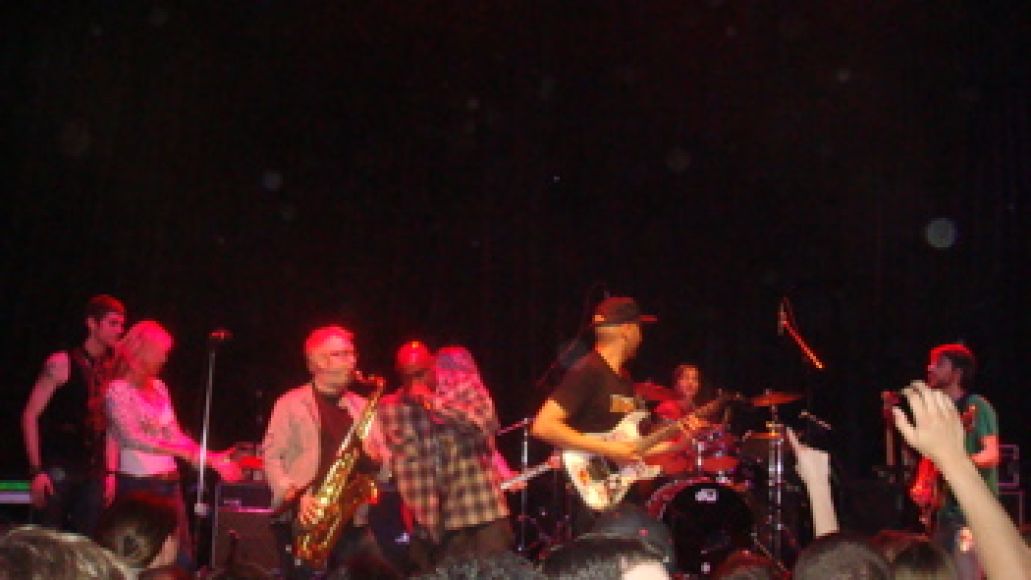 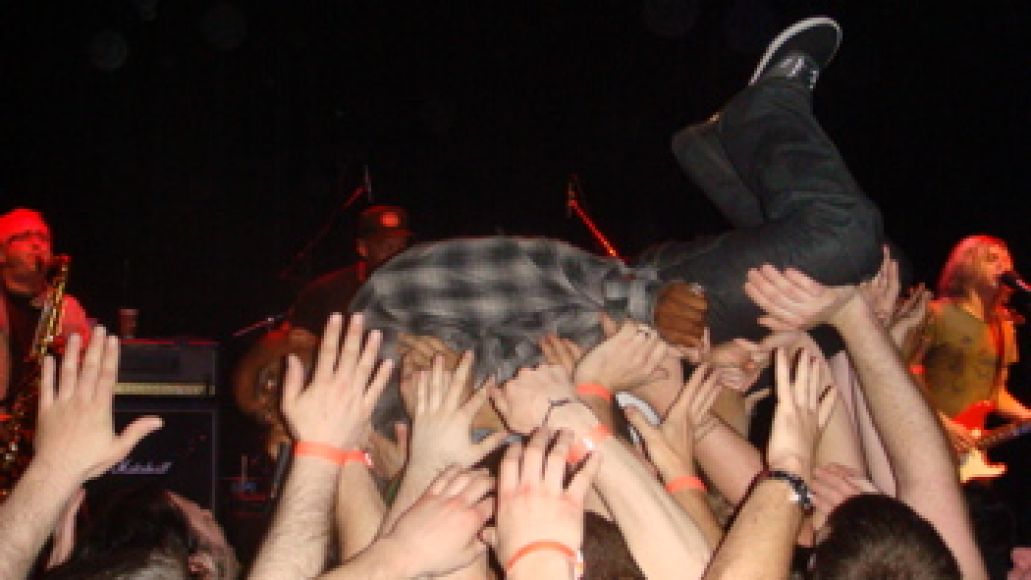 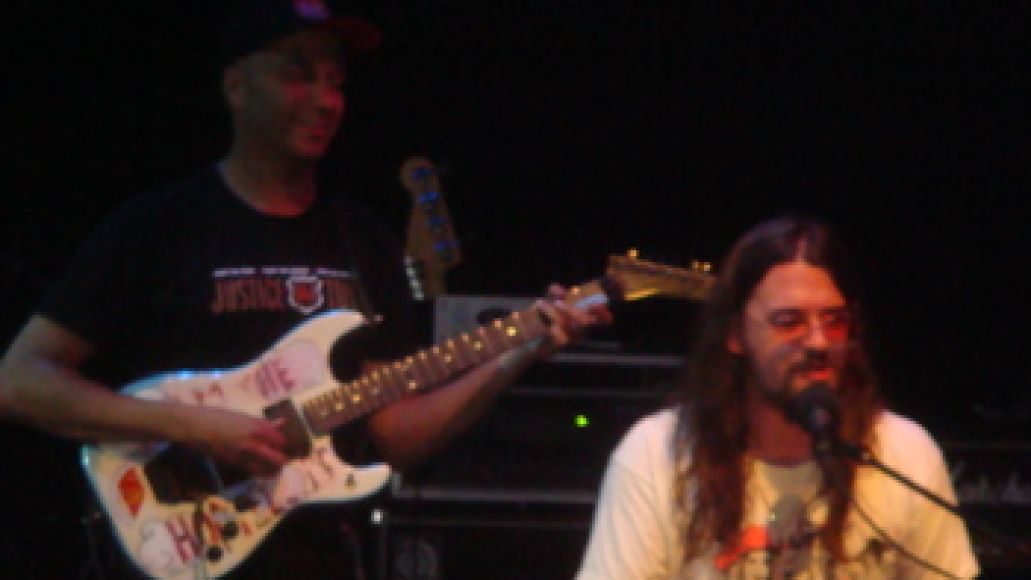