Tonight, Kanye West returned home to Chicago, rolling out his glow in the dark fiesta at the United Center, which included the likes of Rihanna, N.E.R.D, and Lupe Fiasco. Deeply rooted in science fiction nostalgia, West has proven once again that he at least matches his ego in performance and musicianship. In other words, this tour is a fucking blast.

Following his kick in the head performance at this year’s Grammy’s, it was clear that West was devising something out of this world for his current stage act. When plans for a tour were released, through a stylish and very slick poster that read “The Glow in the Dark Tour” (seen to your right), everyone who happened to witness his network spectacle thought about seeing that magic live. It’s hard to pinpoint exactly why, but Kanye West just might be the most important black entertainer in the past twenty years.

I’m getting ahead of myself again… 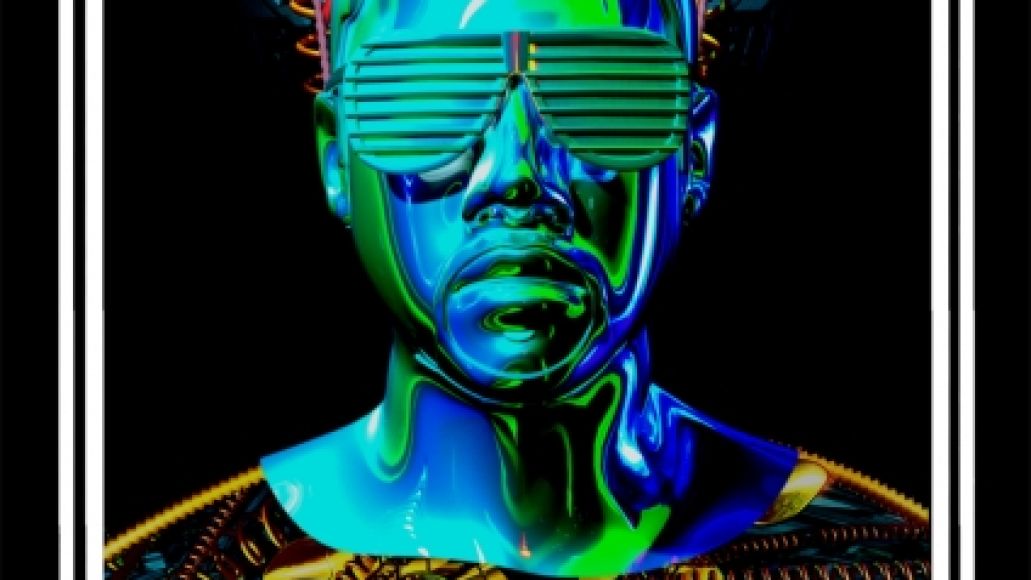 Tonight started with the “other” Chicago native, Lupe Fiasco. It’s unfortunate that Lupe had to open the event, only because his energy remained unmatched by the abysmal N.E.R.D and the mildly predictable Rihanna. Although the crowd would probably disagree (grown men were dancing to “Umbrella”), Lupe ignited the United Center in a way that would probably make West a bit jealous. Holding his framed gold record (an act that would be career suicide in any other genre of music), Lupe slaughtered the thirty minutes given to him, churning out singles “Superstar” and “Paris, Tokyo”, while sharing his time with another budding artist, the young and fragile He Say, She Say. His stage set up was the more modest of the four, with a slick black backdrop, a beat maker, and a fog machine, borrowing much from the ol’ 80’s hip hop videos.

N.E.R.D swept through with some ol’ hits and some new misses. Pharrell, rather obnoxiously, tried to rile up the crowd, asking at least thirty times for patrons to “raise their hands” or “sway back and forth.” Let’s put it this way, its never a good thing when your drummer’s two minute solos outshine your entire act. To be blunt, Pharrell is surely becoming the Jimmy Buffett of hip-hop, though he’s still too unsure whether or not he wants to rock or jam. Rihanna, on the other hand, took advantage of the stage props. Much of her time onstage was devoted to covering other artist’s material, everything from M.I.A. to Lauryn Hill. Is it too much to label her a one hit wonder? Especially when one of her former singles borrows from Michael Jackson, as well? Maybe so. Actually, to be fair, the girl can sing and fans were behind her all the way.

Not until after ten o’ clock did the main event occur. Concealed by a black curtain, roadies scrambled with several stage pieces, all of which would make up one magnificent “space” set. When the lights fell, that familiar Daft Punk song kicked in, with three gigantic screens sending the audience through the universe. Things grew quiet, a robotic voice kicked in, and the relaxed beginnings of “Good Morning” rolled on. Within seconds, Kanye West stood up, atop a bright neon color stage, and watched his sold out audience, his hometown staring ahead with dazzling eyes. He had them.

Hits came one after another. Mostly culled from Graduation and Late 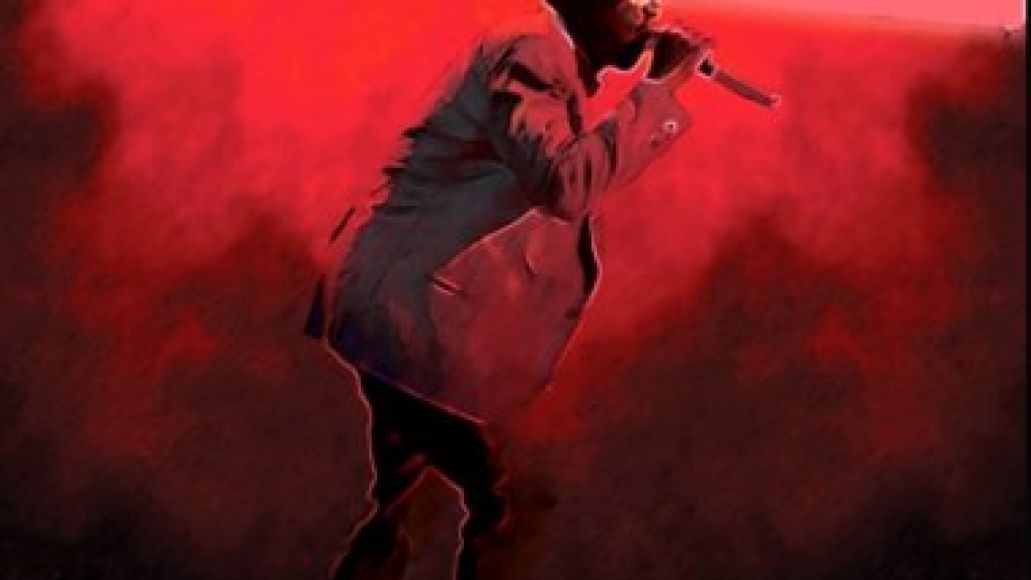 Registration, the set list followed a strict storyline that told of a lost space traveler, West, who crash landed on a strange and lone planet. While the songs aren’t strictly attended to this tale, the Grammy winning rapper does spin some rehearsed dialogue with his automated ship, aptly labeled “Jane.” It’s all tongue in cheek (let’s hope), but it does add some flavor to what would otherwise be a staple hip hop show.

Songs “Champion”, “Diamonds From Sierra Leone”, and “Gold Digger” had everyone’s hands up in the air, a sea of far reaching digits that all wanted the same thing: magic. However, it was the pastiche of color and drama in “Flashing Lights” and the gutsy glam of “Jesus Walks” that elevated West from typical to legendary. These weren’t songs but emotions captured on stage, which felt heightened by West’s grasp for the theatrics, as he pounded his fists in the floor, fell to his knees, and beat his chest in pain. Let’s not forget the tear jerker, “Hey Mama”, which again took on a whole other meaning at the Grammy’s.

By the time “Stronger” strolled around the corner to close the whole of the show (“Homecoming” and “Touch the Sky” were encores), one thing remained clear: This isn’t hip hop, anymore. It’s an event, in the same way that arena rock isn’t ordinary rock n’ roll. This is something that is elevated to epic proportions, shattering the studio releases in half, simply because that energy just isn’t there as it is on stage.

What’s troubling is that, despite all the glitz and the glamor, it’s really a one man show. Hell, West makes that certain when one shooting star (yes, a talking shooting star), in the best Bambi voice, inspires him and acknowledges that he is, “the greatest star in the universe.” It’s at that moment when one realizes that it’s a man and his many chips on the shoulder, parading a “space opera” on stage with the help of a faceless band. The fact that his band is hidden under the lip of the set, away from his spotlight, is a bit disconcerting. Does this man worry so much that he won’t be noticed?

Here’s some words of advice, Kanye. Relax and do your thing. If selling out the United Center, a feat reserved for the likes of Springsteen and Madonna, isn’t enough to condition your ego, then seek professional help. The world is obviously listening…you don’t need to remind us of “who you are” and “what you represent.” Those days are over, hence your Graduation.

Let’s hope all this glowing cools him off some.