There’s a captivating magic that dwells in the mystery of excavation. When things fade out, people disappear, or stuff burrows away, only to be unearthed years (or decades) later. It’s what attics are for, really. In the music industry, bands vanish year after year, leaving fan bases to scratch their heads and wonder, “What happened to…,” drawing blanks as answers. The other day I happened to dig through some mp3s “lying” around my hard drive and snagged a file chock full of memories. I’ll spare you the personals, but this brings attention to one ill fated band, past local legends of Tallahassee, FL: Standstill. 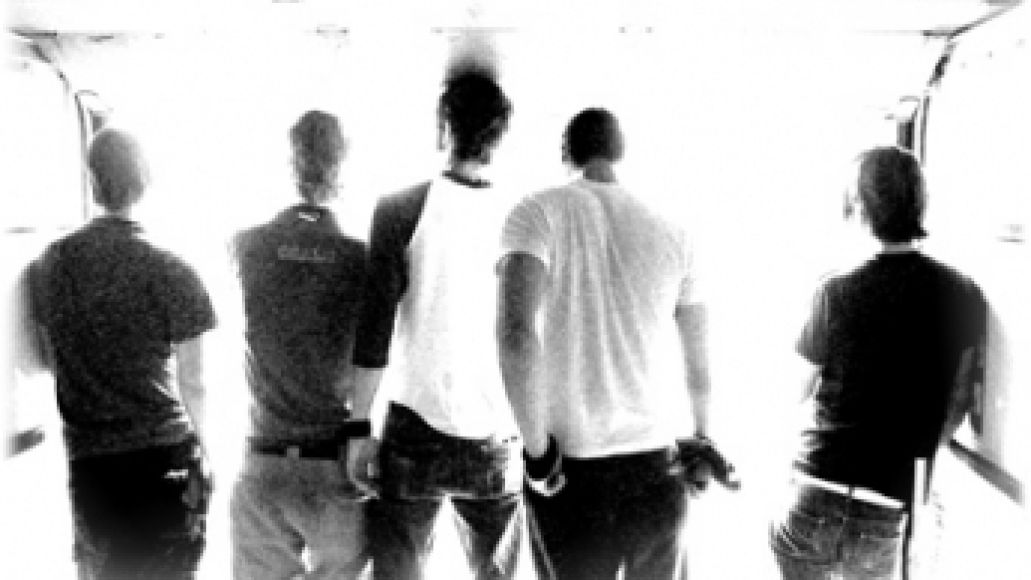 Let’s establish some history here. Tallahassee, FL is by far and wide thee worst place for a local band to start out in, or even worse, be stuck in. For Standstill, who started in Ft. Lauderdale, FL, they managed to find success in the pitfall of a small town, which in its own right is a feat worth noting, but there’s a reason they ended there. The Florida capital is one long road of Wal-Marts, gas stations, and overrated bars (one going so far as to label themselves as “the next CBGB’s”). There just happens to be a state university there. I could go on and on about what a quicksand, deathtrap the small town is, but all I have to do is say one thing, “It’s the place where Creed broke out from.”

Anyhow, the quartet used to entertain hundreds of locals a week, usually in sold out bars, where dozens of college students would dive amongst eachother at the lip of the stage. The sound was unique in its own right. It was rock, but it had some funk vibes. It was modern, but it held some ties to material twenty years before its time. There were hints of Incubus, especially through Justin Taylor’s quirky vocal range, and throwbacks to The Police, mirrored in the catchy, snap crackle n’ pop drumming. They were also the only band, to date, where the lead singer managed to make the microphone an appendage of himself.

They started to find acclaim with its single, “Long Walk Home”, which was featured on the EP, Wish You Were Here, where they were doubled billed with Polly Esther. The song struck a chord in a variety of demographics, from those enjoying the then popular emo culture, to others that maintained a healthy relationship with modern rock. It wasn’t universal, but it was damn close, and for a local band, pretty fuckin’ impressive. Better yet, it was probably its most uninspired, self loathing song at the time.

This was a band that kept hit singles in its pockets, hidden away from everyone until they decided to schedule a random show here or there, usually unannounced until the night of the performance. Songs “I Stand Alone”, “Shoot Yourself In The Head”, or even the fan favorite “Reminding Yourself” were all packed with different flavors. The simple fact that these songs weren’t available anywhere else had people lining up at every available show. That’s why it never surprised anyone that these Florida boys were to head out across the nation, where the sunny beaches of California waited patiently for the newly contracted band under Atlantic Records. Mind you, this was 2004.

Obviously, since you probably haven’t heard this band, things didn’t happen the way they were supposed to pan out. While everything is hearsay, mashed up and tangled little bits of pieces gathered from townies or “friends of the band,” one thing is for sure: something happened on the West coast. Standstill did manage to make it back to the Pandhandle for one show, in August of 2004, at Florida State University’s Club Downunder. Sadly, the show was plagued with sound errors; however, something else was amiss. The fluidity of the band was lost. The songs seemed uninspired and less energetic. And even worse, the crowd was the same established fanbase, only now they were all left scratching their heads in confusion. This is usually the part of the biopic where the shots fade and the title cards come in to summarize a larger than life ending.

Only there are no title cards. There’s just mystery and a folder of mp3s. Fortunately for those still reading, I’ve managed to upload a good majority of their songs, including a few tracks off their unmastered, unproduced, and most tragic of all, unreleased “Hollywood” album. To see the changes, the transgression this band went through, sift through the two takes. It’s a good lesson in what happens when a band “makes it big.” Regardless, I’m still waiting, rather stubbornly I admit, for another show.

And its been about four years now… fitting given the band name.