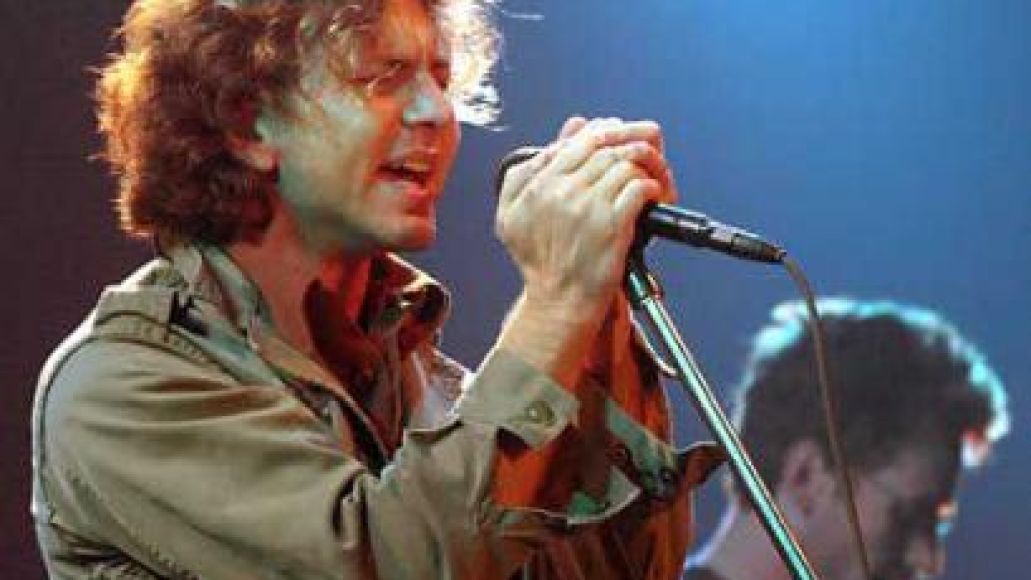 Only two years have passed since Pearl Jam last released an album, 2006’s self titled eighth studio album. However, despite a successful stint at both a solo album and tour, Vedder is working with his boys in churning out a follow up. Currently, the Seattle grunge rockers are in the studio with Brendan O’Brien. You may remember O’Brien’s certain work with the band, 1998’s Yield?

“It’s really in its infant stages right now,” McCready tells Rolling Stone. “We have about five ideas that have been worked on.” The band, whose last album was 2006’s well-received Pearl Jam, isn’t sure yet about the direction of the new release. “Brendan is another set of ears that we respect, and he’s going to give us a different way to go but I don’t know what that is yet,” McCready says. The band has already had one session with O’Brien, and will probably resume work on the album in July after finishing their June U.S. tour.

The band is still signed to J Records, a subsidiary of Sony/BMG, which should offer some leg room for creativity. If 2006’s album is any indication, let’s hope the sound evolves off that raw energy which made songs “Life Wasted” and “Comatose” so fresh to the ears.

Either way, keep on the look out. With shows scheduled at Bonnaroo and a short summer tour planned, there might be some new bootlegs to look out for in the near future.

Check Out:
Pearl Jam – “Do The Evolution”

Pearl Jam in the studio