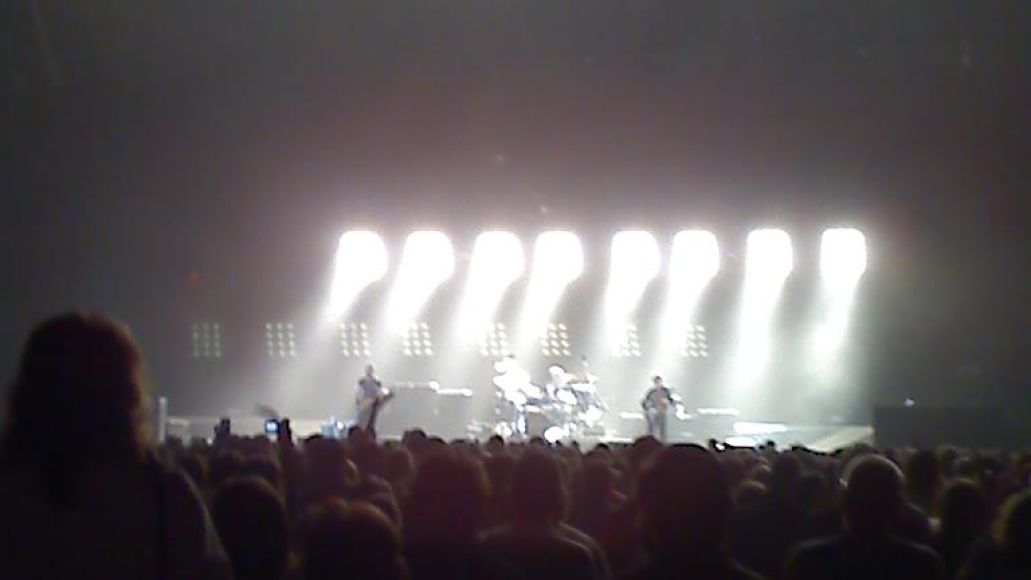 After selling out Wrigley Field two nights in a row just under a year ago, The Police returned to the Midwest last night with great compromise and exceeded all expectations. Opting for the close pocketed, rather intimate Allstate Arena, snuggled away in Rosemont, IL, the blonde trio were able to interact with the crowd in ways that would be impossible at stadiums and large scale arenas alike.

Regrettably, thanks to poor planning and hurdles brought on by the wonderful CTA, I caught the last snippet of Elvis Costello & The Imposters. Reaction from the crowd was above what I’d expect from an opener at this level. Fans of the signature smirk interspersed throughout the arena, cheering and howling his name. It was nice, to say the least, and Sting even joined Costello on an uproarious take of “Allison.”

It only took twenty minutes, but when the lights gave out, the main show started within seconds. Soft guitar scales, light percussion, and silky electric guitar work sputtered to life, beginning a desolate, moody take of “Bring on the Night.” Perched on a stool and clutching a mandolin, Sting crooned, “The afternoon has gently passed me by…”, to which every self respecting Police fan cried in suspense. After all, this was the song fans had begged for and the band made amends, delivering an incredible version. 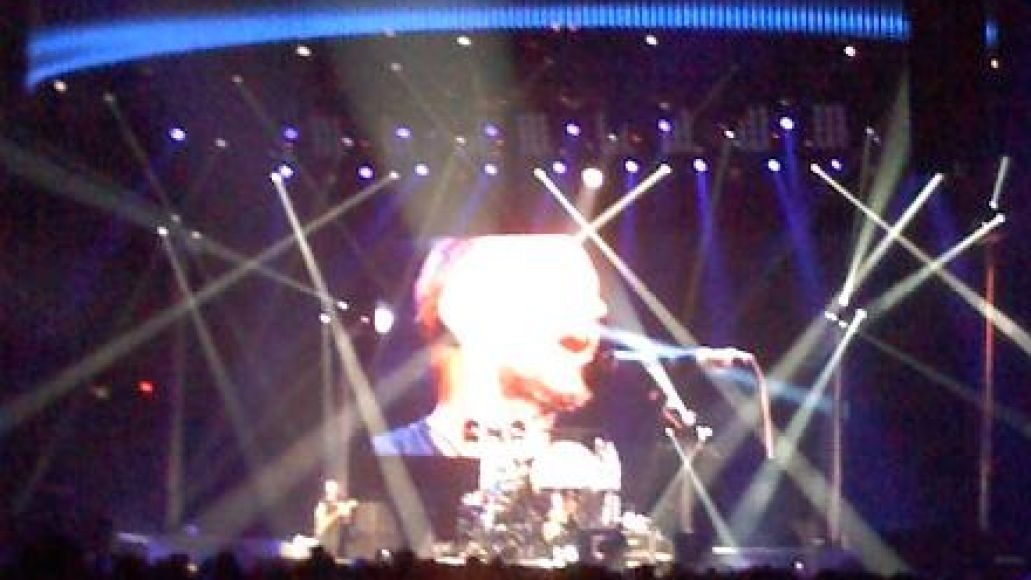 Crowd favorites “Message in a Bottle” and “Walking on the Moon” went over well, with “Message” sending some forty year olds into a gyrating fit. New to the set list, “Demolition Man”, borrowed much of its arrangements from Sting’s previous solo tours, only drummer Stewart Copeland made sure to spice up the chorus, with fills both on and off the album recording.

The real highlight of the night, aside from watching Copeland do his magic, was Andy Summers’ soloing, which has come a long way from earlier shows on the tour. Not only was he tight, but some of his work brought songs to new heights. “When The World is Running Down”, which follows “Voices in My Head” seamlessly, had Summers snagging some great riffs and ultimately speeding up a song that Sting kept sluggish for months. The spin? Sting loved it.

Sometime throughout the tour last year, maybe in November, Sting must have added a synthesizer pedal because since then, 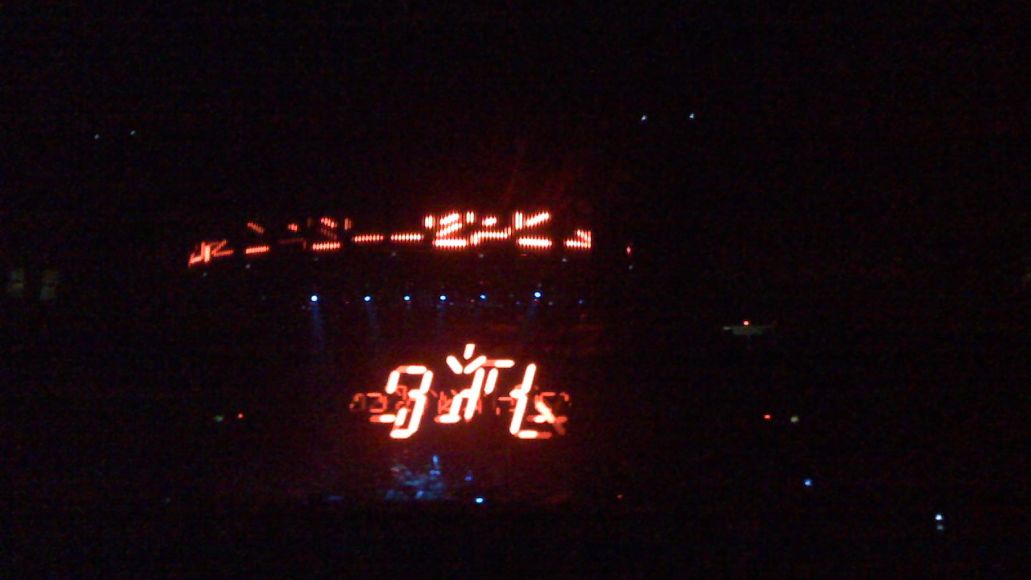 songs such as “Don’t Stand So Close To Me” or “De Do Do Do De Da Da Da” are starting to mirror their original feel. That gloomy vibe is back, which was lost when I saw them back in July down in Miami. By using the pedal, not only does it add a layer to the music, but it frees up Summers to do what he does best, and that’s to build atmosphere.

Of course, there’s Copeland that exceeds his own work in “Wrapped Around Your Finger”, where an elevated percussion stage rises behind him, complete with his beloved gong. The added features he brings to the song are child’s play for him this late in the tour, but its always a sight to see. He does the same for “King of Pain”, which is brought to life with oceanic colors and beaming searchlights.

In the middle of one song, Sting mentioned how Allstate Arena had been the last place the band performed at in the eighties, “other than my wedding” he admitted. The lean frontman was in a jovial mood, which was odd considering it was apparent he was struggling vocally, spraying the microphone as he stretched for high notes that, fortunately, all came to him. However, his moment came with “Every Breath You Take”, the sacred eighth grade dance song that, to this day, is still a crowd pleaser, bringing everyone to hold up cell phones and lighters alike. 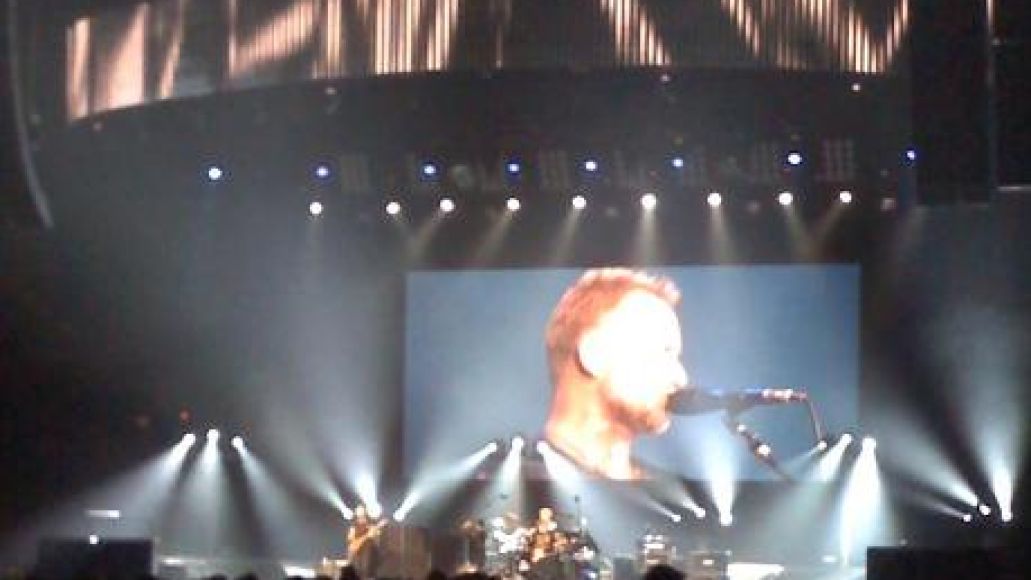 It’s no surprise that this band still takes the cake with the bouncy bass of “Can’t Stand Losing You”, the irresistible “So Lonely”, or the still-sexy-after-all-these-years “Roxanne”, but one can’t help but be depressed after watching this. In a few months, it will all be over. Copeland will tend to the family, perhaps doing another jam with a few other respected artists in the coming years, while Summers might continue his career in books or studio work, but what’s worse, we’ll have another solo album from Sting. The Police will be over, the reunion tour will be a dusty ticket stub lost in the mess that’s my desk drawer, and my shirt will fade more and more. Not to be the downer but was that it?

If the arrangements on this tour are anything to go by, its clear that The Police are still a band capable of everything and more. They could (and should) pursue something else, challenge themselves, because as musicians that really is the thrill, right? To me, this tour is a great avenue to hear and see the musicians we love, but when it comes down to it, there’s still just as much mystery now as there was in 2006.

Still, try your best and see them. 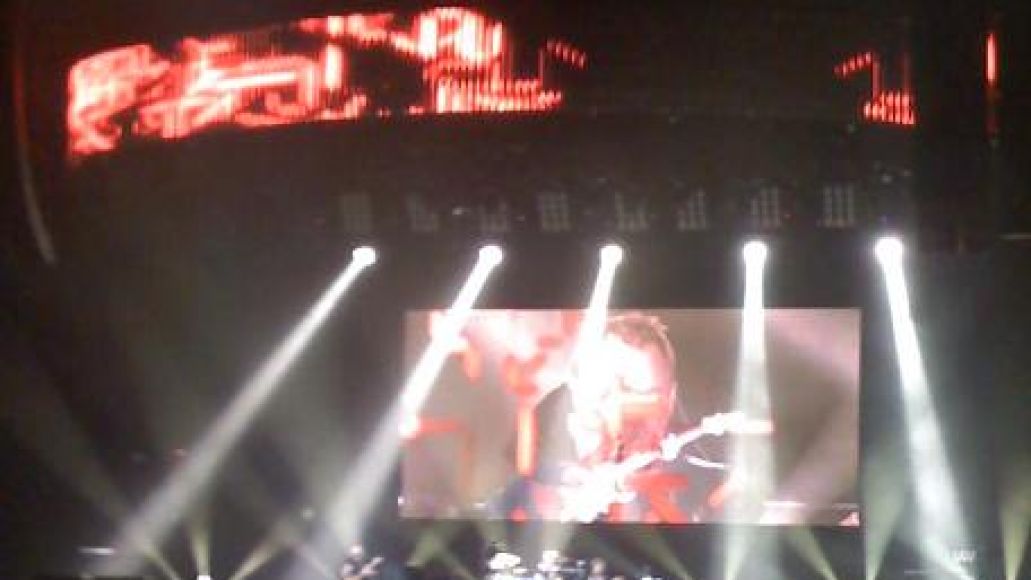 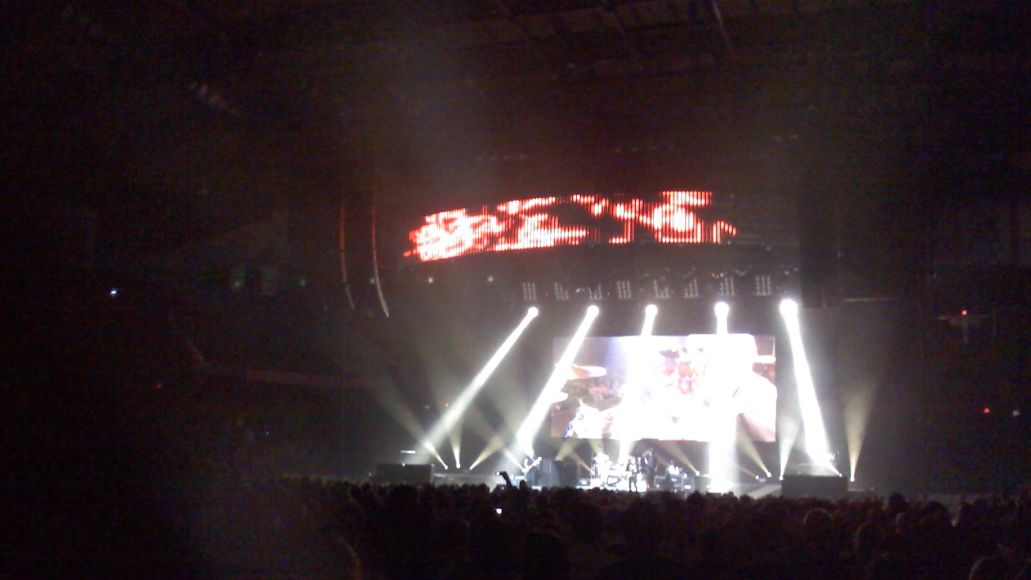 Set List:
Bring On The Night
Message In A Bottle
Walking On The Moon
Demolition Man
Voices Inside My Head
When The World Is Running Down
Don’t Stand So Close To Me
Driven To Tears
Hole In My Life
Every Little Thing She Does Is Magic
Wrapped Around Your Finger
De Do Do Do, De Da Da Da
Invisible Sun
Can’t Stand Losing You
Roxanne
King Of Pain
So Lonely
Every Breath You Take
Next To You