The well beyond their years, three-piece band from The Isle of Man, Back Door Slam, who derive their name from the Robert Cray song of the same name, is a heavy dose of pure blues and rock, laced with a slight Irish/Celtic undertone. The trio, all in their early twenties, is made up of Davy Knowles on guitars and vocals, Adam Jones on bass and Ross Doyle 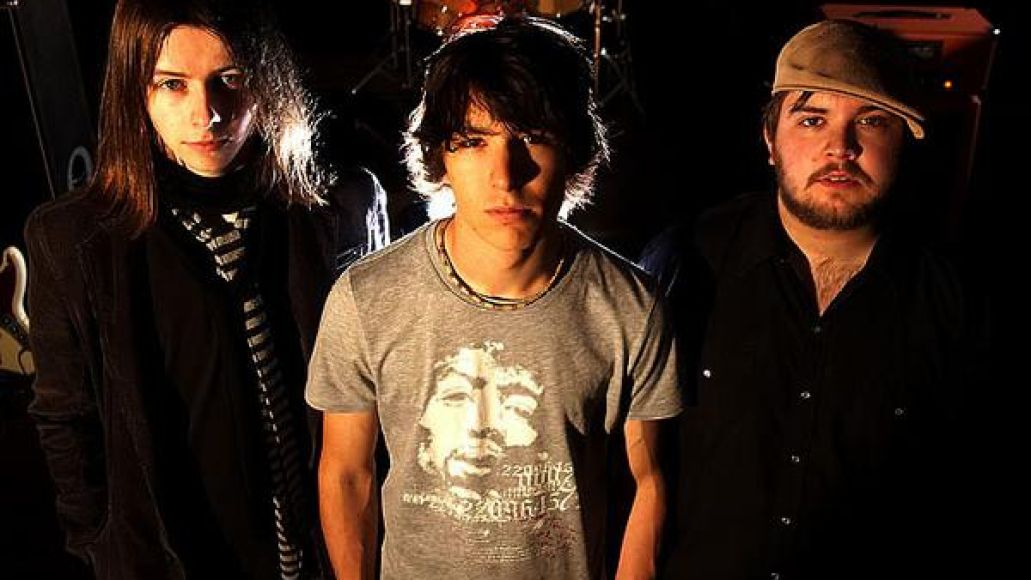 on drums. They made their American debut in an Irish Pub a couple of years ago, but really put themselves on the map after their well received appearances at both ACL and SXSW. Since then, they have been a thundercloud, ripping through the states, leaving each battered stop with a new crop of fans to pass on the affirmative word of mouth.

While front man Davy Knowles, who also jams the mandolin and the steel lap guitar, is clearly who people will be watching when on stage, don’t be fooled into thinking Jones and Doyle can’t hold their own. According to the band’s own website, they all have been “Brought up on a potentially overindulgent appetite of Everything Blues”. To be blunt…they know their shit…and the proof is in their debut album, “Roll Away”. While Knowles’ voice is comparable to that of Jonny Lang, he manages to leave behind that fatal pop aspect that Lang and most other contemporary blues musicians bring to the table. Instead Knowles focuses on the heavy blues characteristic of the band’s sound, lending it more credibility and the potential for going the distance.

Now taking on Bonnaroo, BDS has yet another opportunity to blow a whole new audiences collective minds, with their Clapton’esque, Hendrix influenced, BB King sounding Blues tunes. I have total faith in these guys and can’t wait to see this show. My recommendation is to at least stop by and give a listen, but don’t be surprised if you catch yourself staying for the entire show, as their performance is likely to beguile you.

Who's Who at Bonnaroo: Back Door Slam