To be honest, my familiarity with alt-country is rather lackluster – save for Ryan Adams and Mindy Smith. Yet after being graced by the infectious music of the Silver Jews and their unique crisscrossing style of folk, punk, classic rock, blues, and occasional spoken word recently, I made it a point to get my hands on all of their past material. In other words, a weekend crash course on all things Silver Jews.

As I sat listening to the sounds of Starlite Walker and Tanglewood Numbers images filled my imagination – I felt like I was in small shack of a bar at the end of town hearing some local Joe spout random poetry with authenticity that only age and wisdom can provide, all while still maintaining his youthful energy. Music as smart as it is sincere, beautiful as it is unique. 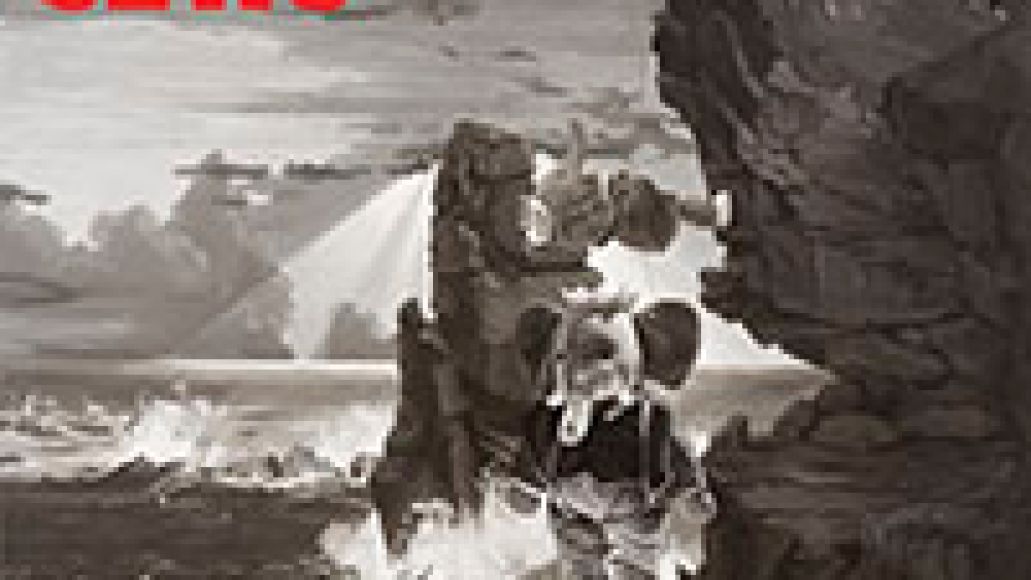 Lookout Mountain, Lookout Sea marks the band’s newest effort in three years and sixth studio album overall. Yet despite the years and improvements in production, the same pleasing qualities found in the Silver Jews’ previous works, are just as profound and prevalent, offering the same amount of bliss that first caught our ears on Starlite.

At the first track on Lookout…, “What Is Not But Could Be If”, that all-too-well-known echo of grandfather’s storytelling rings true during each verse, while the chorus hangs an old hat in blues. An excellent, warm and fuzzy introduction, I must say.  Afterwards, we get “Aloyisius, Bluegrass Drummer”, a short but sweet number reminiscent of The Violent Femmes or Charlie Daniels Band. It’s only flaw? It’s over within two minutes!

“Suffering Jukebox” is a perfect example of the aforementioned ‘alternative country genre’.  It looms at the beginning with what sounds like pipe organ, and goes straight into a tune that sounds very heartfelt, evoking “sitting in a church of lurching congregation members ala Crash Test Dummies” type of mood.

The song, “My Pillow Is The Threshold” has only one thing to be said about it – Nick Cave.  Absolutely, positively Nick Cave.  The lyrics are brooding, and the music is haunting with vocals that sound as if they’re warning of impending doom.

it is not until the album’s fifth track, “Strange Victory, Strange Defeat”, that we get our first clunker.  While as a social commentary, the song is very insightful, the musical arrangement feels bland, passionless. Almost generic, really. Thankfully, not all hope is lost, however, as “Open Field” marks a return of quality thanks to its “oldies radio” feel. It has classic tune written all over it, namely for those with a sentimental bug in them.

Up next is “San Francisco B.C.”, a song that is as solid as its phenomenal title. It’s satirical in flavor, with a beach music sound and a joking nature in the lyrics.  With echos of Pavement present in support, the Hedberg-style delivery of David Berman’s vocals is what allows the song to become an instant highlight.

“Candy Jail” is introspective and bluesy, with the tone of a man whose cynicism sounds both upbeat and yet mocking.  I could not say much else about it, because I just really liked it – period.  “Party Barge”, on the other hand just seems like something that was thrown together like a twig-built tipi.  Not much here, except the fondness of beach music and a few clever one-liners – otherwise, mildly sloppy.

As Lookout… comes to a close, take particular note of its closing track, “We Could Be Looking For The Same Thing”.  While a jam-session aura is heavily prevalent leading up to the track, all of a sudden the Silver Jews present us with a “Suffering Jukebox” type of number – slightly melancholy, but with enough beautiful guitar to keep you interested. Unfortunately, it feels forced, and does not at all flow with “Party Barge”. However, the album’s exceptional musicality does make this disorder easily forgettable.

In the end, Lookout Mountain, Lookout Sea, offers yet another gem in the Silvers Jews’ now extensive collection of music crossing genres, styles, and sounds. And thus, it’s an album worth checking out for any fan of music – whether you favor the Violent Femmes, old blues, Clash-style punk rock, or just someone who digs low vocals and mastered guitars.