It’s been almost a year now since I was told “dude you gotta check out this band!” I did check out that band, and quickly Battles became that which I too would exclaim “dude, you have to hear this!”

Mirrored has been out for some time now, and the avant-garde, experimental rock quartet has found much fame for their unusual yet catchy sound that is nothing short of impressive from a creative and musical stand point. My first live experience with Battles was at Vegoose 2007, but since they were playing the same afternoon slot as Gogol Bordello, it was only a temporary glimpse. Since then, I continued to pass on the album to as many as possible who were willing to listen with an open mind, and on this rainy Saturday night, I would finally get to see a full set from these guys after getting well acquainted with their latest album Mirrored. 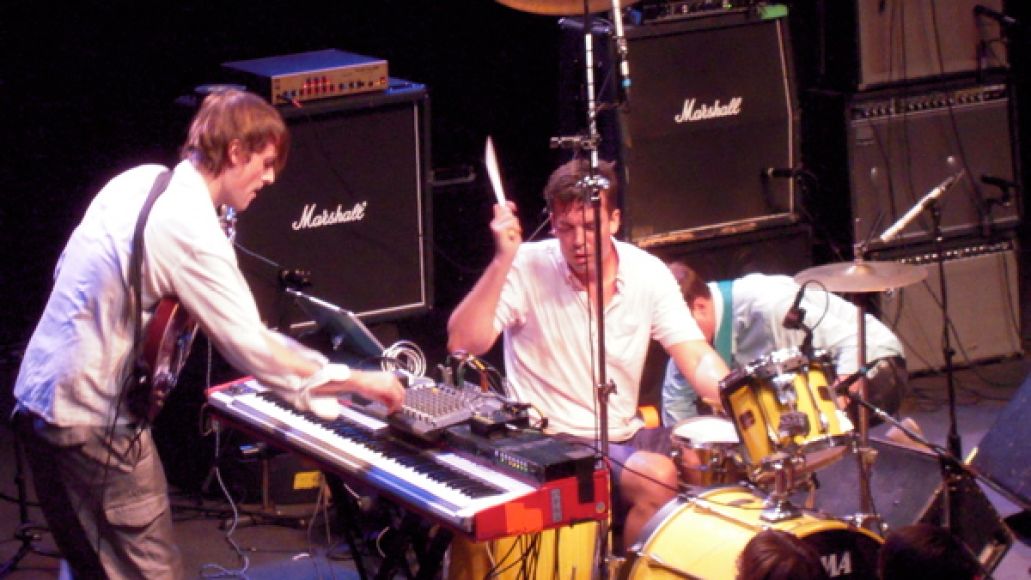 I arrived to an unusually packed house at Washington, D.C.’s 9:30 club, and as the night went on and the opener ran through a 25 minute set, the club continued to fill, and I realized that Battles had gotten bigger than I had anticipated. Like true professionals they wasted no time getting on stage, and plugged through carefully crafted stage versions of their songs that covered tracks from their previous EP’s, the full length Mirrored, and their following single EP Tonto+.

Each band member seemed to have their hands full as they raced back and forth from guitar, to keyboards (often at the same time) as they looped, cut riffs and warped vocals to over lap each other as they continued to play on top of all that. The end result was an impressive display that went from sounding like an orchestra of carefully warped noise, to a simple and driving drumbeat that fueled the show adding order to music on the brink of chaos.

The crowed had been well riled up by the pre-encore closer “Race: In”, and chanted the band back on stage for two more songs before saying goodnight to a packed house. Overall, it was an impressive show as I was further amazed by the sound that four guys could make on stage with all that hardware. I had never seen a musician play guitar and keyboards at the same time while still dancing to the beat. It was multitasking at it’s finest, and for a style of music that often embraces the use of multiple, often unrelated time signatures all at once, Battles can take you to the brink of insanity, then bring you back to a melody you can hold on to, and it is always worth the ride. 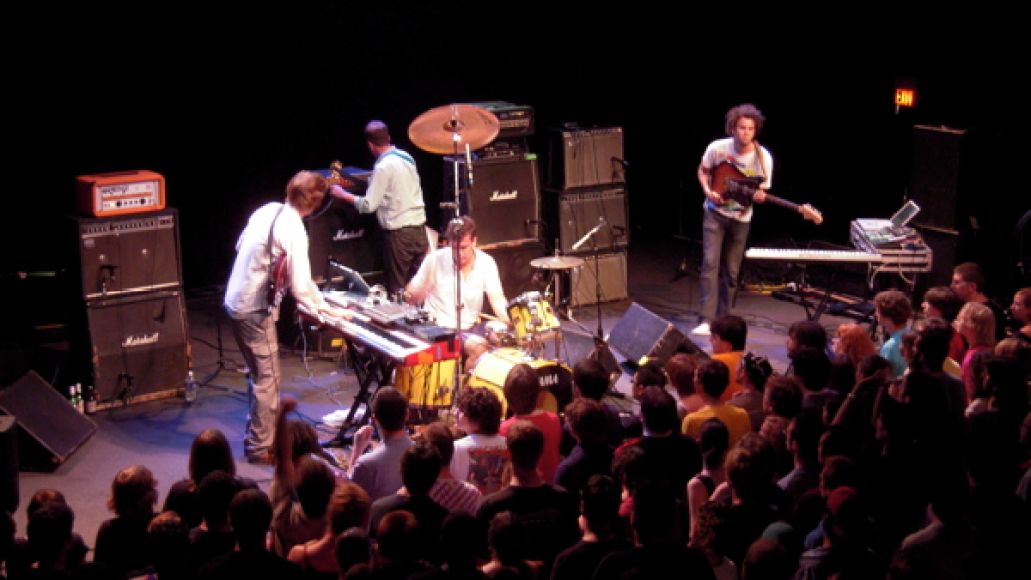