In speaking with both fans, security, and band members alike, one thing about this particular concert became more evident as day turned to night–the crowd was ready. While most of the staff at Consequence of Sound is busy setting their sights on the rest of this summer’s music festivals, I went the less expensive route yesterday, catching the latest edition in Raleigh, North Carolina’s free Downtown Live concert series–Blind Melon and Carbon Leaf.

I arrived around 1:30 pm, the sun was hotter than hell, and the Bud Light tents were just setting up.  I treated myself to a cold brew just before my debut as the first CoS staff member to cover Downtown Live, but before either myself or anyone else in Raleigh that day could be greeted to the pleasant sounds of the two aforementioned acts, the support groups were given their time to shine. By 2:30, the opening act, an 80s hair cover band named ROKKER, stepped onto stage for their performance.  While their guitarist shredded like nobody’s business, it was hard to give them much thought as soon as their middle-aged lead vocalist tried trucking through everything from Iron Maiden to Bon Jovi.

Thankfully the next group, a jam band with jazz and soul influence known as Mercury Blue, was able to set the mood for things to come.   Without even so much as a warning, the Seattle natives quickly gathered onstage to begin what certainly would be a memorable performance.  Lead vocalist Sam Fisher strummed an acoustic guitar as he wailed powerfully into the microphone, while various clicks, drums, keyboard notes and backing female singers played along.  The ensemble even prepped the crowd with a song entitled “Who Are You”, which covered the tension of being in an inter-racial relationship in the south, just before belting out some gospel with a warm welcome from the already-burnt crowd.

I could almost say it reminded me of Dave Matthews, so it’s safe to say I loved these guys (and girls).

The forgettable Bill West & The Sunshine Kids followed, only packing generic pop covers.  While it was friendly in nature, this little engine just couldn’t keep the exisiting vibe in place – without resorting to Seal.  Not that I have anything against Seal, but Bill’s vocal capacity just didn’t hold it’s own from my standpoint.

Colourslide, a pop/rock quartet from Gainesville, Florida made their way to the stage shortly thereafter.  They’re definitely commercial fodder for your radio stations.  While indie, it is apparent that these kids have been inspired by Angels And Airwaves, without the grandiose album concepts or epic vocal range.  Though not my cup of tea, songs like “Wake Up Call” and “My Number One” are certifiable hits for their hometown stations. 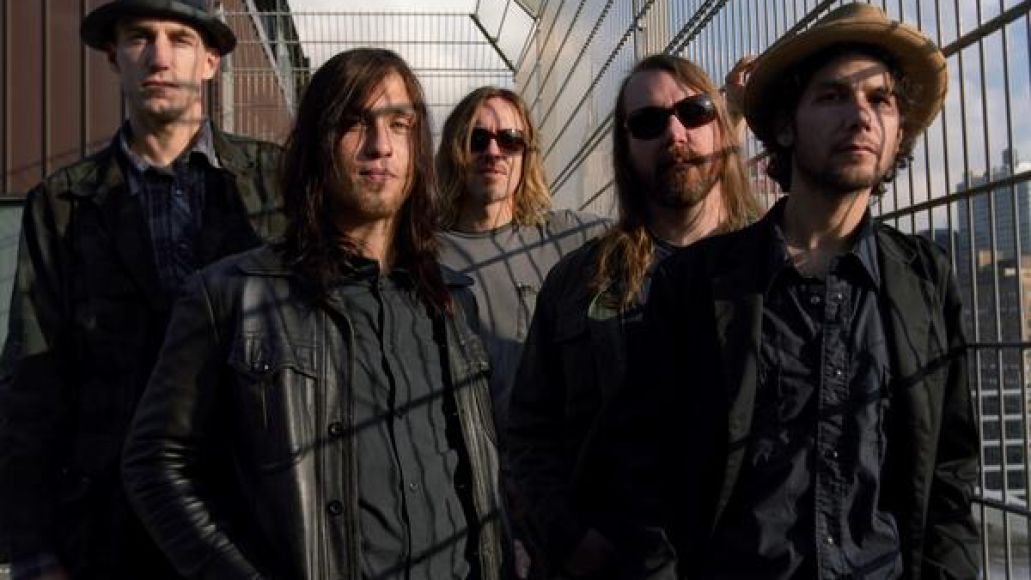 A main stage set-up was in Moore Square amidst some five or six skyscrapers, and in the dead center we had people climbing into trees to get a glimpse of these grunge and psychedelic all-stars.  We bounced from old to new, tracks like “Wishing Well” winding up the song “I Wonder” from their self-titled debut in the mid-90s.  Rogers Stevens was getting quite romantic with his guitar as they summoned everyone in the crowd to sing along with “No Rain”–a staple for any Blind Melon performance.

Their set was partially dedicated to their former front man, the late Shannon Hoon.  For those who don’t know, Shannon died some years ago due to drug overuse. Though laying under the radar for some time after his death, in 2006 Blind Melon eventually recruited their newest member, Travis Warren, as Hoon’s replacement and have since recorded their latest effort, For My Friends.

Live, Warren’s pipes are just as melodic and piercing as Shannon’s, and while we can’t really compare apples and oranges being that it’s two different takes on the same catalog, I can say that he definitely lives up to such a standard and we were all pleased with the results.  There was even an incident of some man climbing atop a roach coach nearby the stage singing along to “Soup”, but he was sadly escorted off of the premises. Warren was also as nice and down-to-earth as he is talented, willingly offering a quick quote on his experiences in the city, “I’m happy to be in Raleigh, it seems so friendly.  It was a lot of fun seeing everyone sing along to ‘No Rain’…then again, even my parents know that song real well.”

Come late into nightfall, Carbon Leaf began playing an introductory instrumental before Barry Privett entered stage right and started singing along to “Changeless”.  Remarkably, while their first song was riddled with feedback issues, Barry simply shrugged it off, continuing into “Let Your Troubles Roll By” (my all-time personal favorite by them).  Nothing says love for your fans like perseverance through technical difficulties and a slight drizzle of precipitation (so much for no rain at all). 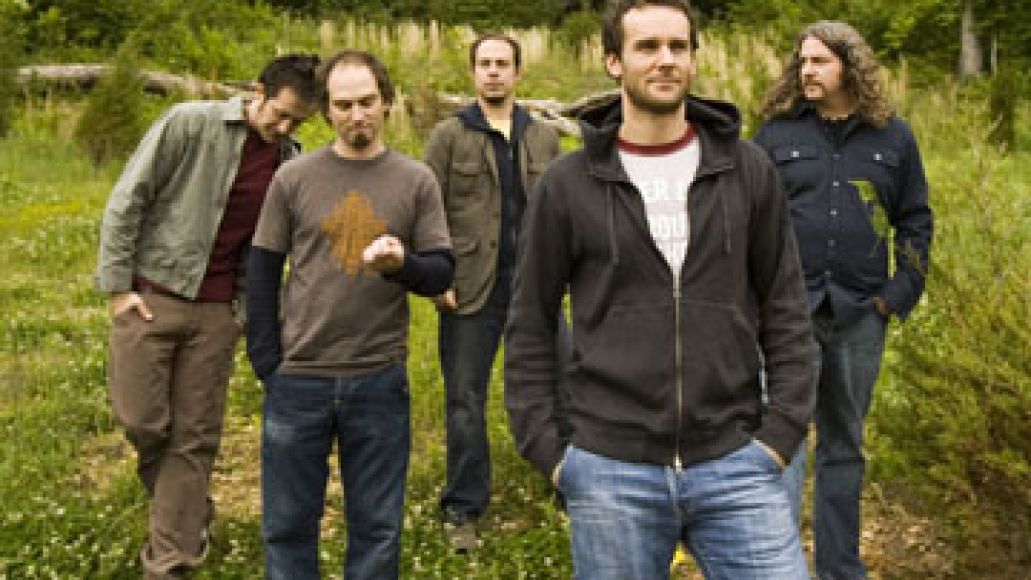 The whole of their set was mostly tracks from Indian Summer, like “One Prairie Outpost” and “What About Everything”.  They did manage to squeeze in the title track to their latest release, “Love. Loss. Hope. Repeat.” while finishing off with a cover of The Beatles’ “Come Together”.  I had an absolute blast seeing these guys play live again, and it’s a strange feeling watching the show as not just a spectator but a reporter.

Following the set, vocalist Privett was eager enough to warrant our brief Q&A exchange below:

DB: What is it like returning to Raleigh as a headliner instead of an opening act?

BP: I really enjoyed it, we’ve mostly been in the studio lately so this is our first big concert since starting the new recording.

DB: I have to ask about the studio–when can we see a new release?

DB: I just spoke with your new drummer (Jason Neal), and he’s been with you guys a year now…everything going well?

BP: Yes, we’re all enjoying ourselves quite a bit.

DB: So what are your plans for this evening?

BP: Well, I was recording since 5 this afternoon, and I had to drive here myself from Richmond [Virginia], and meet the guys for our show.  I’ll be driving straight back, tonight [11:45pm]

DB: Now for the vanity question–favorite album in the Carbon Leaf catalog?

BP: I’d have to say Indian Summer and hopefully whatever we finish up on this year.  With older albums, you always have things you wished you’d have done differently, so Indian Summer had a more polished sound and I enjoyed it.

If I took anything away from the entire concert, it’s this–whether you’re a latecomer, a newcomer, or just happened to wander into our lovely city park at complete random and in a stupor, the infectiousness of pleasant outdoor jams soothes even the savage beast (or drunkard).

CoS watches and talks with Carbon Leaf and Blind Melon