It was a foggy and chilly night in Millennium Park, and although that sounds like the beginning of a cheap thriller, it was really the setting for tonight’s impressive show by Death Cab for Cutie. Under the steel bars once designed by Frank Gehry, the Seattle indie rockers shattered the glum expectations, providing a quaint set list that promoted Narrow Stairs while managing to squeeze in ol’ hits.

Despite the jaw dropping architecture and the panoramic showcase of Chicago’s best, Pritzker Pavillion is an unfortunate venue for many reasons. For one, most of the seats are inundated with members of the board and what have you, which means most of the hardcore fans watch from a far. It’s the same ordeal that plagued last year’s Wilco and Decemberists sets. Though for a ten dollar ticket price, you really can’t complain much. 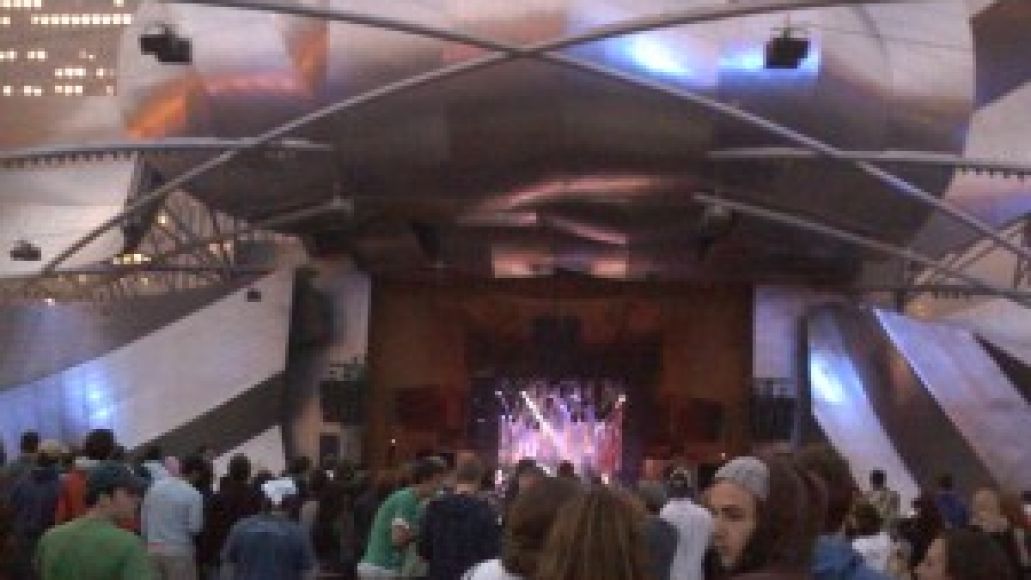 Openers Rogue Wave held together a tight set. The Oakland quartet played a good thirty minutes, entertaining a crowd that was busy attending to overpriced drinks and various picnic happenings. It was still light before they finished, rocking through the appropriate “Lake Michigan” before wrapping things up. Considering they played Reckless Records a few months back, they should be building up a strong fan base, which should help come August at Lollapalooza.

The adventurous “Bixby Canyon Bridge” brought out the band in full form, rigging up enough of an attraction to start the night right. Shortly after, the ex-opener “A New Year” went over well with the Transatlanticism fans, who were pretty much frolicking around the lawn. In fact, this was one of the first concerts in awhile where the fanbase seemed somewhat nonexistent; instead, there were hundreds of Chicagoans that seemed moreover interested in the “new band.”

Like it or not, the Narrow Stairs material sounded fresh and inviting. It might be the reason this indie act is becoming a bigger deal. In the past, their live act has been pegged as either boring or contrived, yet now the band seems assured and well adjusted to the growing fan base that’s proliferated over the past few years (and weeks, really). “Grapevine Fires” and “Long Division” blistered across the venue, with much help from a “less is more” light show that shined across the steel infrastructure. Though with a sprawling eight minute track like “I Will Possess Your Heart” it would have been nice to hear some more improvisation, or something reworked there. Then again, these guys aren’t the Secret Machines.

They do enjoy themselves though. While vocalist Ben Gibbard shuffled throughout every song, especially the 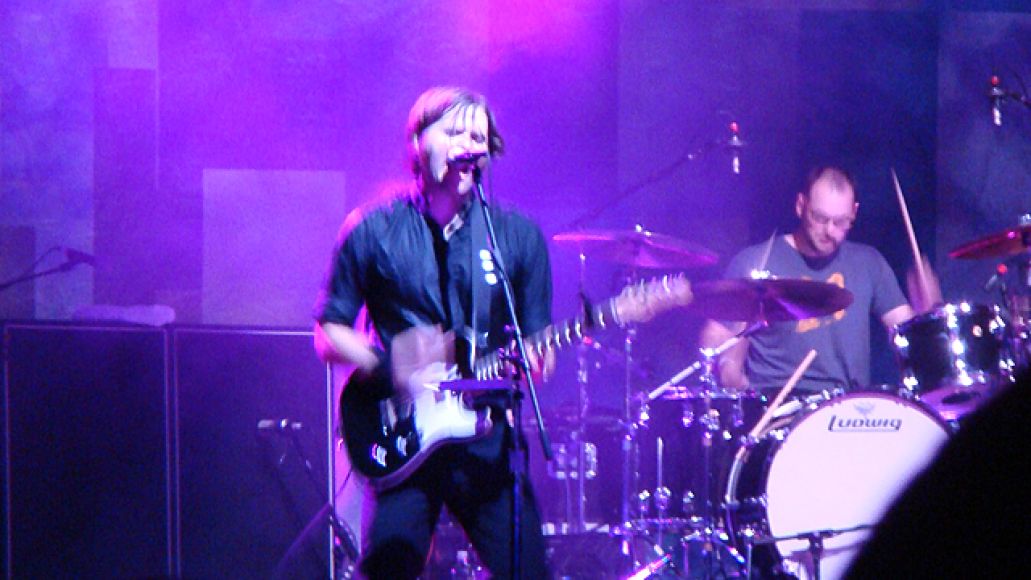 trademark single “Sound of Settling”, the audience seemed inclined to follow. Many “free spirits” rollicked back and forth, forcing their many boyfriends or girlfriends to join. It was quite the site.

In the end, the original soul searchers brought the immediate set to an end. Both “Soul Meets Body” and “I Will Follow You Into the Dark” went over well, with plenty of fans singing along, and “Title and Registration” is still a great track, both on disc and live. This was a well prepared set list. Even the encore fit, which eventually led to a clinching, “Your Heart is an Empty Room”, and a balmy “Transatlanticism.”

Of course, this is all from the perspective of a concertgoer who happened to be in the lawn area. However, one things for sure, this lil’ big band is certainly convincing me to flip out some more cash for better seats whenever they come back. That’s for sure. 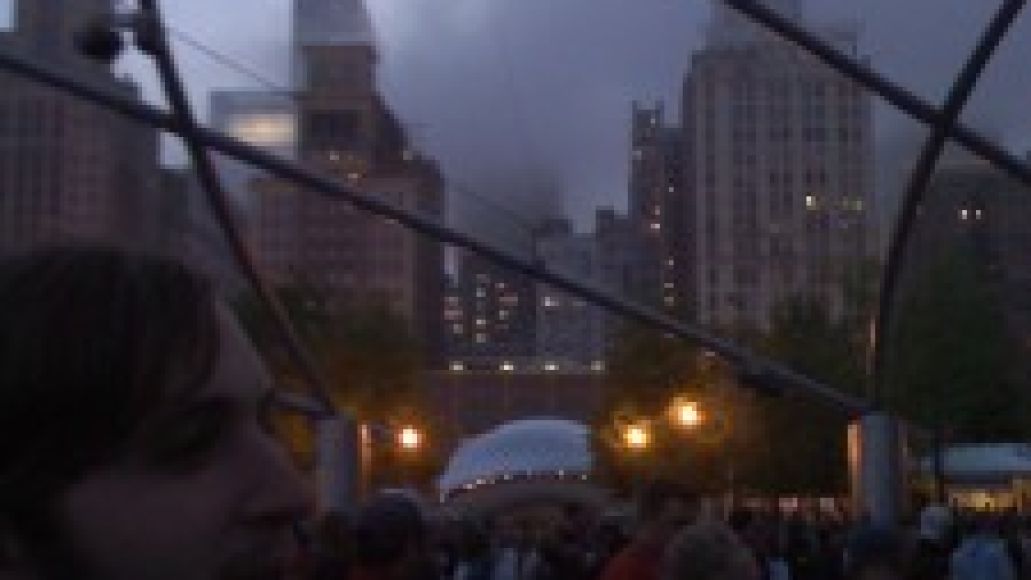 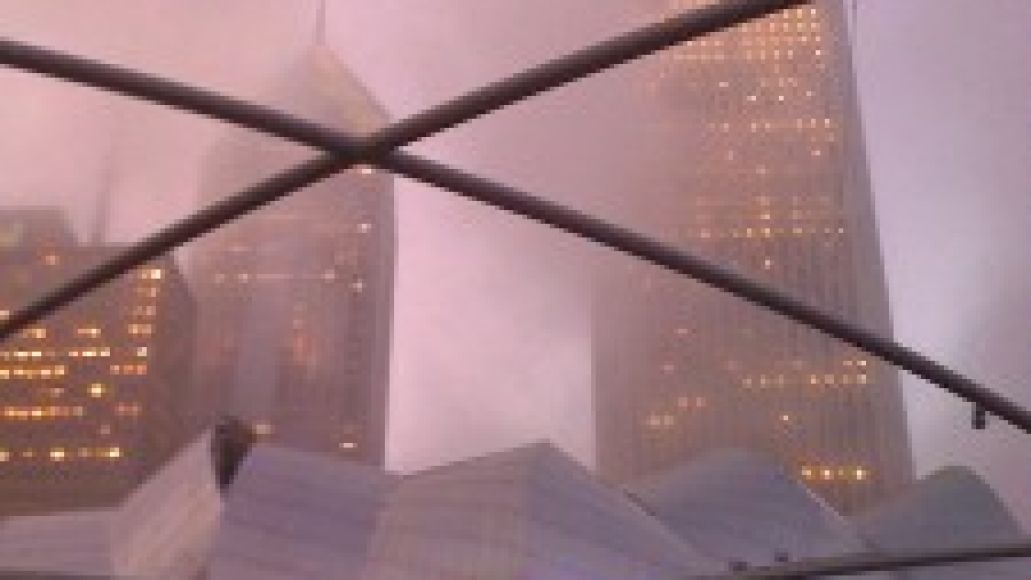 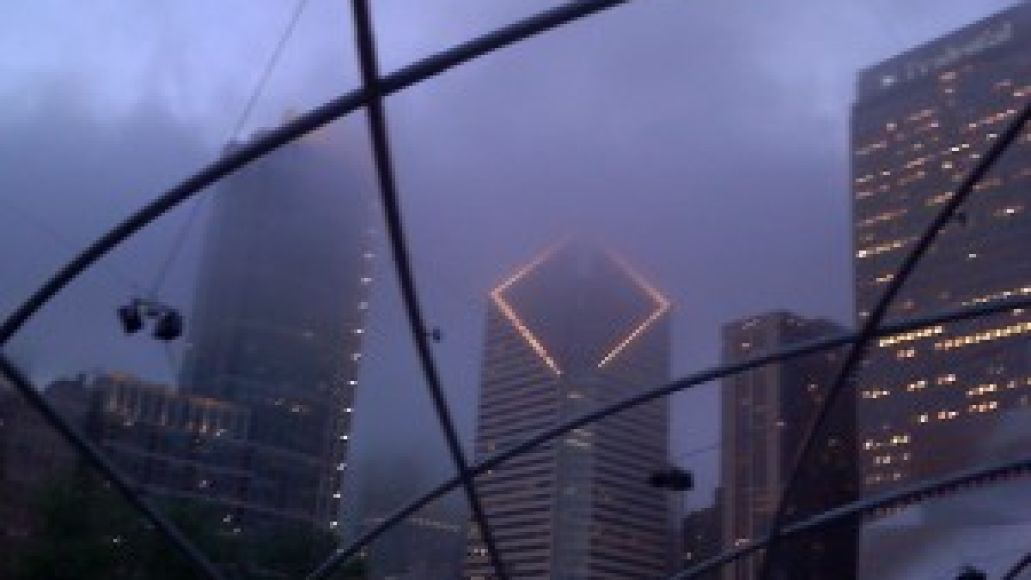