In the beginning of the 1994 classic film “D2: The Mighty Ducks,” Gordon Bombay is given an opportunity to coach Team USA to become the biggest team in the world. Upon meeting the team sponsor, Mr. Tibbles, Gordon is offered a contract to endorse the company’s sportswear to which Tibbles replies, “Life can be great when you know the right people.” Going to the Beta Bar this weekend, I felt that vibe as soon as I walked through the front door; I felt at home with people I knew all my life. 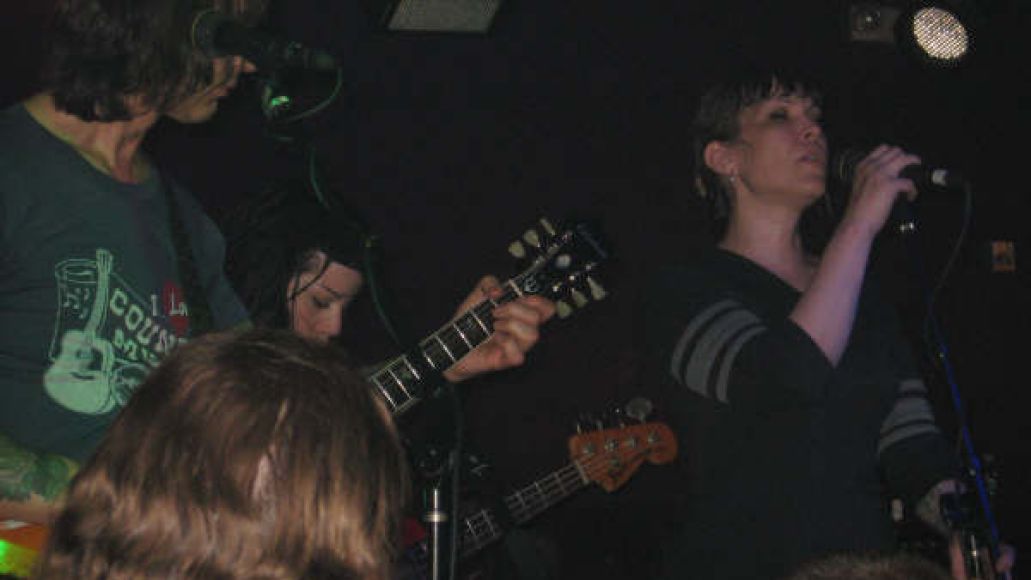 The crowd gathered to see the legendary Los Angeles quartet perform together for the first time in quite some time. From the get-go, one of the greatest things about the show were the generation gaps spread out amongst the crowd. Everyone from nineteen year old mohawk-spiked, denim jacket wearing young punks to the older fifties post punk and youth movement groups who still knew how to party gathered into the Beta Bar like sardines in a can. I bumped into a guy who couldn’t have been more than fifty years old that donned a Flipper shirt (San Francisco punk) and told me when he saw X in L.A. back in the day and how they blew the doors off everyone. I couldn’t have been happier in my anticipation.

About 9:30pm, Detroit’s own blue collar quintet The Detroit Cobras opened the show with a bang. Joey Mazzola and Mary Ramirez’s guitar clanged, boomed and steamed throughout the set behind Rachel Nagy’s soulful vocals. Their sound had the blood and oil of Detroit steelworkers leaked through the sheets. The Beta Bar could have been in the heart of Michigan for the band’s exact moments in time. With a sick send up of Chubby Checker’s “The Twist,” the crowd swan dived into a dance frenzy complete with beer bottles 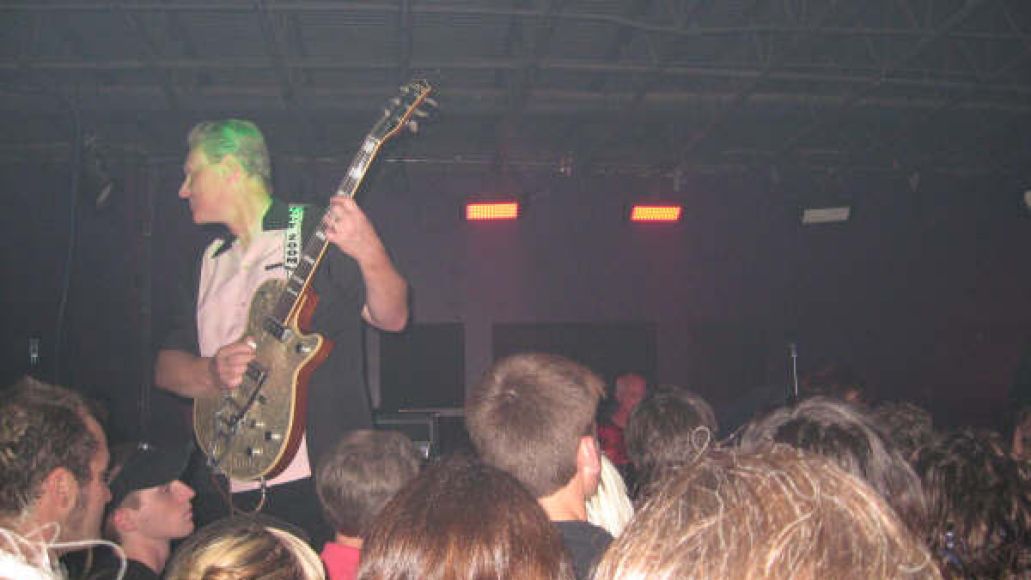 littering the tiled floor. The Cobras certainly knew how to swing it, shake it and move it. Tallahassee was just another notch of blue collar, garage rock heaven for the striking Cobras, and everyone felt the bites of their motor city blues.

With the finale of the Cobras, Ramirez riled the crowd up with chants of “X! X! X!” and encouraged everyone to cross their arms in the X shape as soon as the band walked on stage. After a lengthy intermission, the legendary quartet of Exene Cervenka, John Doe, DJ Bonebrake and Billy Zoom took the stage and opened the show with a blistering rendition of “The Once Over Twice” which sent the crowd (including myself) into a circling mosh pit. Billy Zoom’s guitar was on fire behind Bonebrake’s power drumming and more or less, the band played with a youthful intensity they first had when they first started in 1977. Right afterwards, the band launched into “Beyond And Back” and the crowd not only moshed, surfed and swindled, but it became a hurricane of people beating out their aggressions. We’re talking the young and the old, the 20-year olds and the 50-year-olds. I had never seen anything like it, and it was only just the beginning. 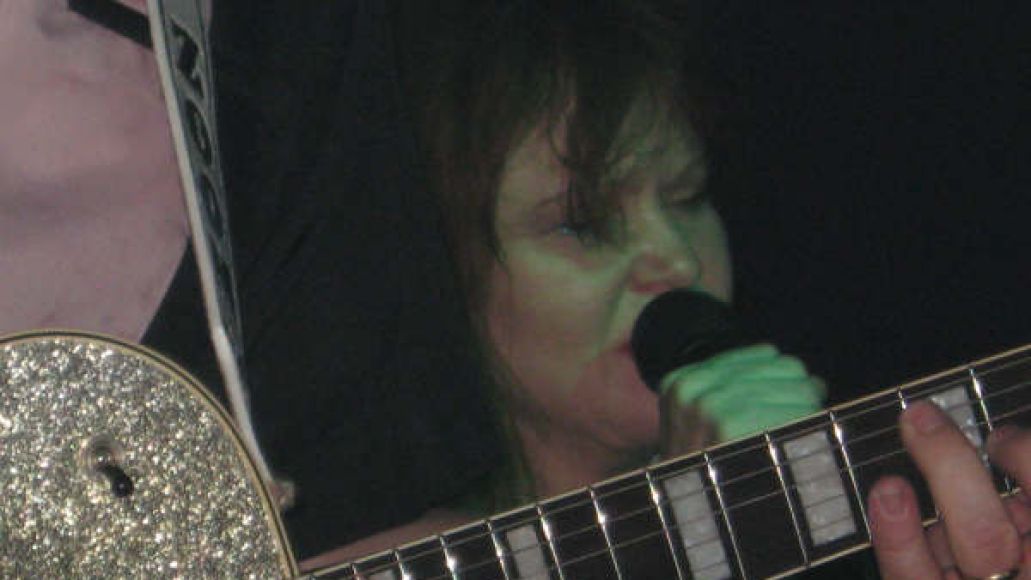 The band followed up with a great rendition of “White Girl” off their second album Wild Gift. John Doe and Exene’s vocal harmonies couldn’t have sounded better. The band played with more ferocity and energy than most of the younger punk bands these days. Could punk rock be the fountain of youth that Ponce de Leon endlessly searched for? Well, yes, if he had witnessed X’s badass performance at the Beta Bar last Friday night, I’d say it would be and call it day. Right after “White Girl,” some ridiculous idiot in the crowd had the audacity to push his way forward and not only grab for Billy Zoom’s guitar, but his hair too. Zoom laughed it off of course with his trademark smile and stare and calmly said “No, no! Don’t touch the hair!” Really, don’t touch Billy Zoom’s hair!

With the hairdo still intact, X launched into awesome-to-be-alive versions of “Los Angeles” and “Nausea.” What made the cuts so great were the fact that everyone in the room related to them. The band performed timeless tunes that anyone of any 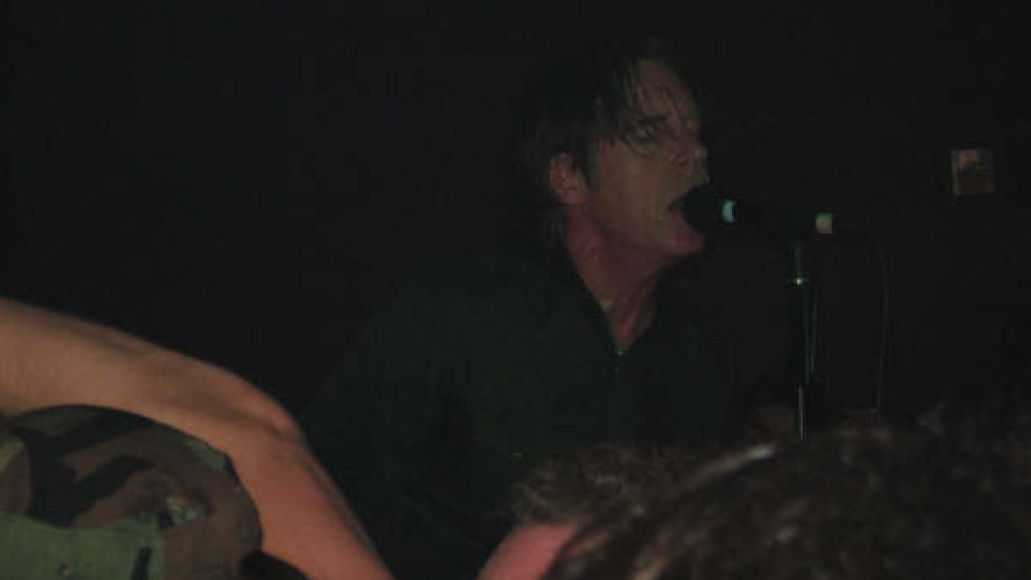 age could seriously rock out to and not have to worry about their composure. For a bunch of mid-fifties musicians (Billy Zoom is sixty!) X proved that love and life are in the heart, regardless of age.

After the band finished with the magnificent “Johnny Hit And Run Pauline”, they took the first of two encores with a ballsy rockabilly-fueled “Your Phone’s Off The Hook, But You’re Not.” Billy Zoom cracked me up the whole night and certainly stole the show. Not only were his lightning fast fingers squaring up and down the neck, he performed with a sly charm that’s truly rare these days in music. He had fun doing what he loved, and a wink for each woman in the crowd. He encouraged people to come to the stage and enjoy themselves. The man never took the smile off his face, no matter how goofy and charming it was.

The band’s final curtain call came on the Los Angeles finale “The World’s A Mess, It’s In My Kiss” and with that, Exene and John Doe bid farewell to the Beta Bar faithful. John Doe ripped his bass the entire night and to show for it, his forehead dripped with so much swear that he could’ve been dunked in a forty gallon tank. Exene smiled and thanked the crowd with her shy smile and the band parted ways, stage right.  Zoom however stayed on stage to take pictures of the crowd and even appeared in the crowd to talk to the fans! What a class act! 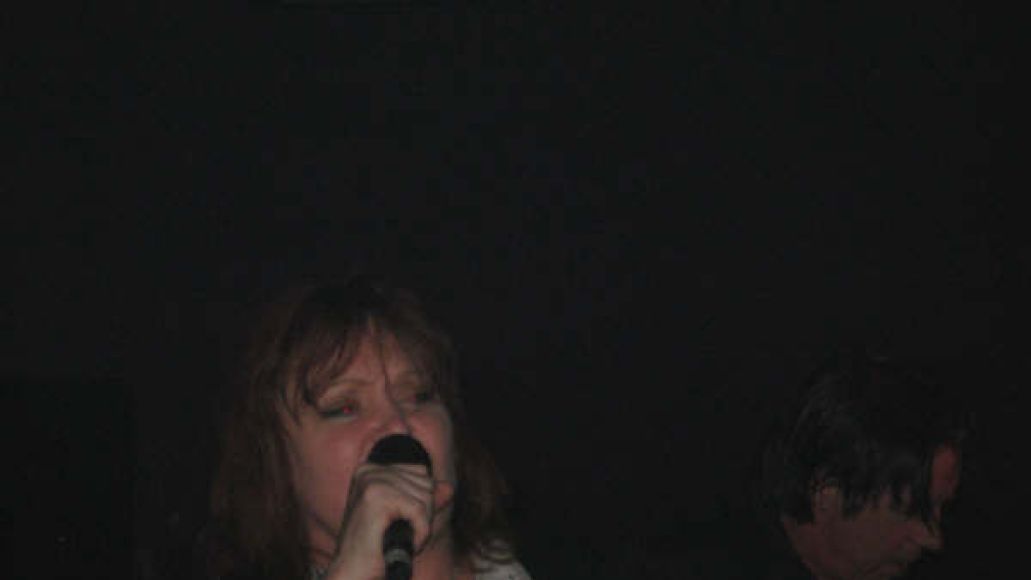 This weekend couldn’t have been better. Not only did the Boston Celtics win the Eastern Conference finals against Detroit and face Los Angeles in the Finals, X played one of the best shows I’ve seen in this rinky-dink town in a long, long time. X came and went like a hurricane, but for the time being, old age was just a stupid pre-Baby Boom generation phrase. The Beta Bar had nothing but spirit, heart, guts and glory with X leading the way with seventy-six trombones and a little sliver of Los Angeles everyone could fit into their pockets for the ride home.