After work there’s this great garage punk radio show that I listen to, which is usually full of old songs by long-defunct bands that only put out a few records during their existence. It’s a treat for me because I happen to like this music, and it’s hard to find this kind of stuff available online or on disc. Not to mention, quality record stores are a 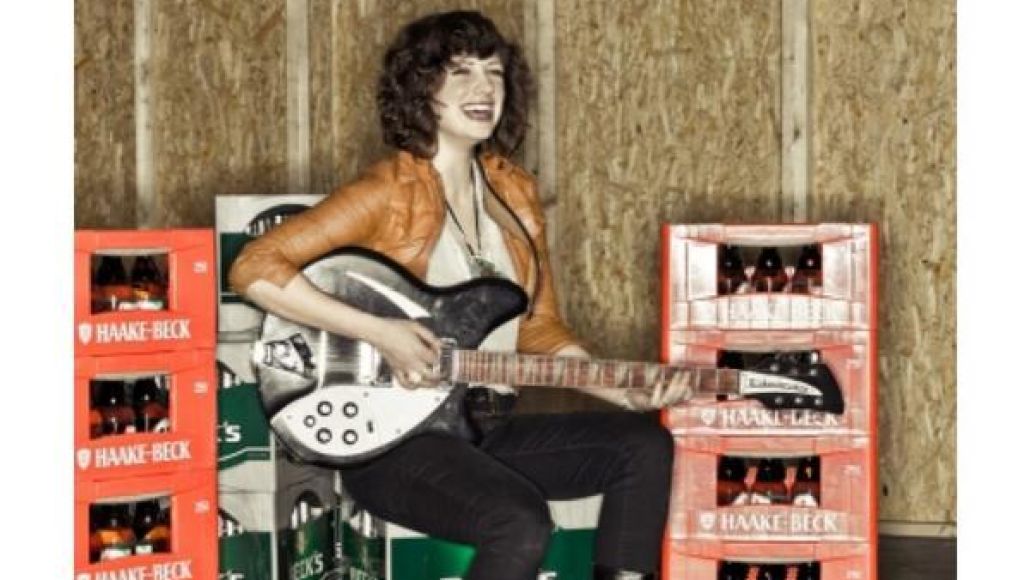 good two hour drive away from where I live, so these radio shows and podcasts are a great gift for me.

Anyways, all of a sudden in the middle of the show, which was specifically focused on European punk bands both new and old, a song with a modern chiseled sound came on. This one immediately caught my attention for two reasons. For one, it didn’t sound like garage punk, and secondly, it sounded so ridiculously simple yet so witty at the same time. With just an electric guitar and a tambourine, and a voice that blew me away, I was hooked. It was later that I found out the song was called “Old Fashioned Man” and the singer’s name was Becky Lee Walters.

Walters’ story is kind of intriguing. She was born in the States, lived here the majority of her life, and then a few years ago she packed her bags and moved to Switzerland. While there, she decided to begin playing music under the moniker, Becky Lee & Drunkfoot. She explains her “band name” by saying that her guitar player is 5 (a witty allusion to her five fingers) and her drummer is always drunk (her feet)-in other words, while she plays guitar, she uses both her feet as percussion. Pretty nifty, huh?

In “Old-Fashioned Man,” she uses one foot to tap a suitcase and the other to tap a tambourine. The riff of the song is simple enough, but it still manages to be catchy and the lyrics are unique without getting too snobby. She has other songs in her arsenal, but, all in all, the best way to describe her style is a rare mixture of blues, soul, punk, and swamp rock. She reminds me a lot of Cat Power, except her voice has a lot more range and her musical content isn’t as emotional. If you think of the happy-go-lucky Chan Marshall of today and give her the musical style she had on her first three albums, that’s Becky Lee in a nutshell (at least in my opinion).

Becky Lee happened to be back in the States visiting family and playing some shows on the West Coast when I first stumbled upon her music several weeks back. I tried to set up an interview with her, but due to time conflicts we couldn’t work it out. She’s still in the States right now, so if you live in the Phoenix area, try to check out a show if you can. If not, there’s still some good news. In the very near future, she will be coming out with a record on Voodoo Rhythm Records, an independent garage punk label based out of Bern, Switzerland (where Becky Lee happens to reside).

Check Out:
“Cook That Sugar”