Surprise or no surprise, Canada has given us a lot in the past couple of years. They blessed us with The Arcade Fire in 2003, graced us with Protest the Hero in 1999, and delighted us with Broken Social Scene in the same year. With that said and done, let me bring you up to date on yet another Canadian band that puts some flavor in the sound of music of today, the Constantines.

What’s there to know about the band? For starters, the name not only shares its name to the poor 2005 film, featuring Keanu Reeves (and our favorite grunge hero, Gavin Rossdale), but also links to the name of a photo journalist who 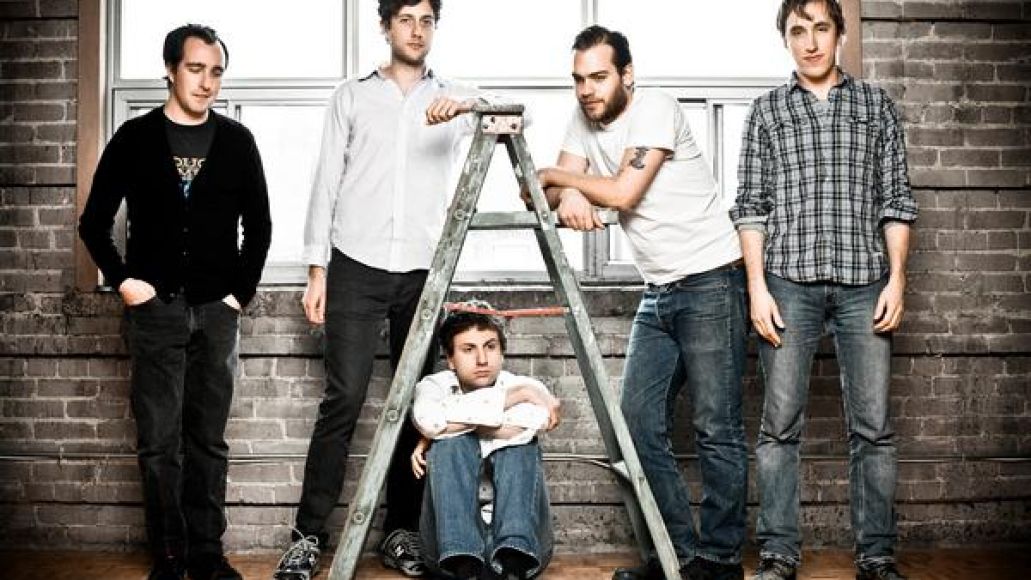 Here’s the no frills lowdown. This is what I, and I stress the “I” due to the fact that too many people reading this blog get far too emotional over simple opinions and viewpoints, believe the Constantines aren’t half bad. While with a song such as “Islands in the Stream”, featuring the likes of Fiest, I get a little bored, the pendulum swings both ways, and with songs such as “Hard Feelings”, where the lead singer sounds much like Eddie Vedder, and “Trans Canada”, where the drums and bass round house kick you in the chest, the band starts to shine.

There’s pleasure in listening to a band that has meaning next to heart. With the Constantines, they don’t just strum four chords over and over, nor sing depressing, melodic songs simply because it’s dark outside; on the contrary, their songs exemplify a true vision with exotic landscapes. For example, “Tank Commander (Hung Up In Warehouse Town)”, off of Shine a Light, one can hear front man Bryan Webb scowl, “Subway connections, a satelite hipbone/ You claimed all the devil’s move/ If all these little invasions could be bought and sold. If all our dreams were worth our weight in gold/ you could string me up to the gallows pole you could throw my body to the crying wolves/ howling at the moon.” Not too shabby, eh?

Canada should be proud. We should be satisfied. They may not have the brilliance of the Arcade Fire nor the harmonious tones of Broken Social Scene, but they do have the heart. Given today’s warped music scene, that might just be enough.