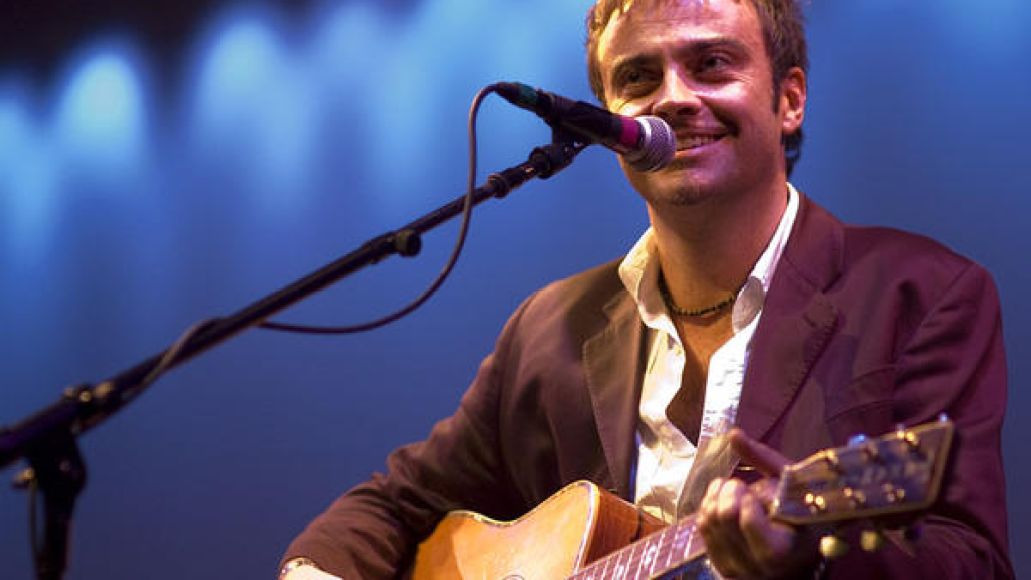 For those of you out there who are sick of listening to other acoustic musicians: Jack Johnson, Ben Harper, etc., I highly recommend giving Dickinson a listen. His music is a lot different from the aforementioned musicians, however in terms of vocal skill Dickinson can carry his weight.

Fresh Wine for the Horses + Nude carries light and dark themes, Dickinson never becomes repetitive or sleepy. Tracks such as “Bathe Away” represent a darker side of Dickinson’s persona while “The End of the World” brings him back to days with The Catherine Wheel. Strong vocals make this album are great listen for any road trip or barbeque, kudos to Dickinson for not giving up on music after the fall of The Catherine Wheel. Today, most solo artists struggle or try too hard to diversify their music, yet Dickinson accomplishes this task with ease. His British roots are clear on ” Show Me Mary” and his electric alternative background is found on “My Name is Love.”

Although The Catherine Wheel was forgotten quickly in 2000, Dickinson continues on with fantastic diverse material. With summer quickly approaching, Fresh Wine for the Horses + Nude make for great road trip or BBQ tunes. I suggest to everyone who brushed The Catherine Wheel aside to go out and listen to this magnificent album from an unbelievable musician.

Check Out:
“End of the World”