Forgive me for the cheesy headline, but I’m still so giddy and jubilant from last night’s affairs. Thank you Michael Stipe and thank you city of Chicago for consistently being all that is great and excellent.

-A Chicagoan wannabe. In other words, me.

Last night, Michael Stipe, Peter Buck, and Mike Mills, otherwise known as the alternative rock outfit, R.E.M., collided headfirst with starving fans, who engulfed the Georgia rockers with open arms. While it wasn’t quite sold out, the United Center was filled with dedicated fans that sang each song through and through. Given the amount of rarities and oldies dusted off, that’s more than impressive… that’s all out rare. 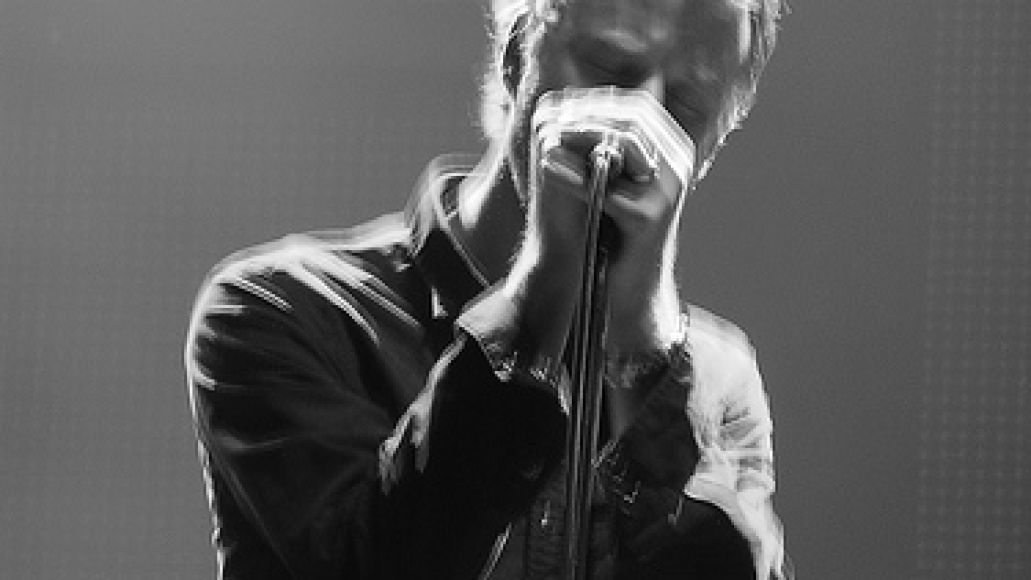 Openers The National and Modest Mouse were a bit of a letdown. Masterful songwriters they are, The National is not a band for an arena setting… yet. Much of their earlier material fell flat, despite being played well, but songs off The Boxer took the eight piece to new heights. Fans were satisfied with “Fake Empire” and bodies were moving during “Mistaken For Strangers.” It’s clear there is a bright future ahead for the New York orchestra.

On the other hand, Modest Mouse continued to disappoint (at least me) as they churned out a depressing, self deprecative thirty minute set, most of which ignored some of their highlights. Even songs “The View” or “Dashboard” felt awkward and transitionary. Is frontman Isaac Brock just bored with himself?

As LCD screens and digital lights gushed all sorts of colors, Michael Stipe, dressed for the board, shimmied out on stage, to which the band followed, diving right into a dizzying spectacle of “Living Well Is The Best Revenge.” In twenty seconds, it was obvious the night would be a speciality. These guys were on fire, specifically with the fresh, rocking material off of Accelerate. Songs “Horse to Water”, “Accelerate”, and “Man Sized Wreath” (which Stipe admitted to “fucking up”) all “brought the house down” as they say.

Much like Springsteen and Pearl Jam, Stipe and the boys apparently find joy in digging out ol’ goodies for awaiting fans. “These Days” and “Begin the Begin”, 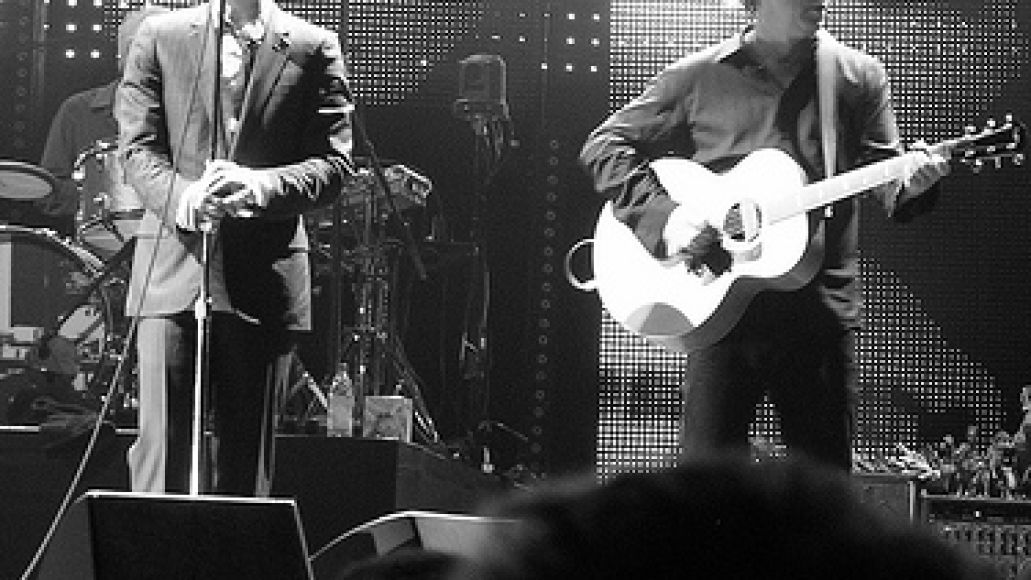 off of 1986’s Lifes Rich Pageant, came in early at second and third, respectively. “Pilgramage”, off the band’s debut 1983 album, sneaked its way into the set midway. Even 1992’s Automatic for the People‘s “Ignoreland” found success on stage. For a band fourteen albums in, they sure celebrate it.

What came as a surprise was how human they were (or are). This band started in the garages of the Southern American wasteland, from teenage mentalities that were ahead of their game. Nothing has changed. They make mistakes, they joke, and they’re doing what they love. In other words, they’ve transitioned well. Stipe is political without the bloat (thanking Chicago for Obama), Buck is remarkable without the glamour, and Mills is stoic without the arrogance. There’s something redeemable about that.

During the show’s debut “The Great Beyond”, Stipe awkwardly admitted this was the first time they’d played it on the tour, and that in rehearsals it “sucked.” Gracefully, they swept through the catchy ballad, and at a proud and finished moment, they went back and replayed the ending chorus. You know, just for kicks, right? Brilliant. Even in “Bad Day”, Stipe insisted on starting over, after missing his mark. These were great moments, shared with a crowd that is all too forgiving, but with good reason.

There are highlights: guitarist Johnny Marr joining the band during “Fall on Me”, a kinetic “What’s The Frequency, Kenneth?”, and of course, just being able to hear Automatic For the People‘s “Find the River” live. In the end, hearing all these songs come to life is a joy to anyone that’s been able to tune into radio for the past ten to twenty years. Of course there’s dozens of songs that could have spiced up the set list, but this is a band with such a spiraling career that it’s intriguing to find new songs, even if you’ve heard them previously. It’s on stage where things breathe to life.

And these guys are raging a storm. 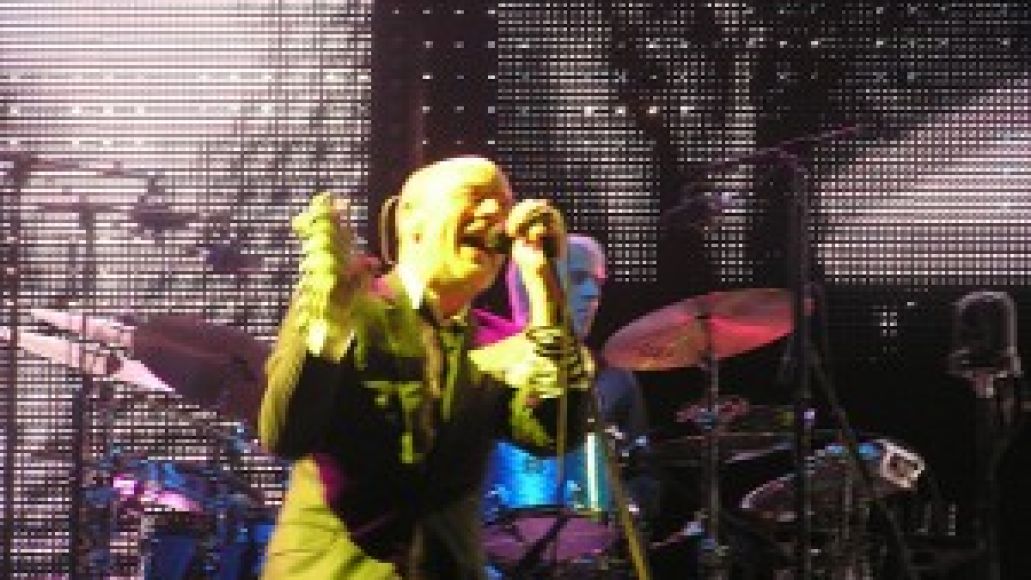 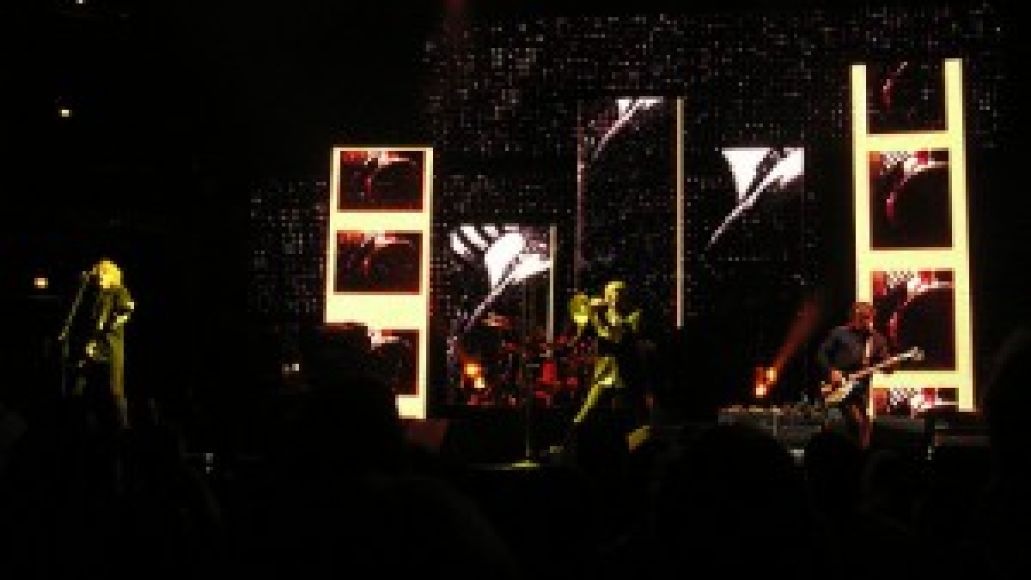 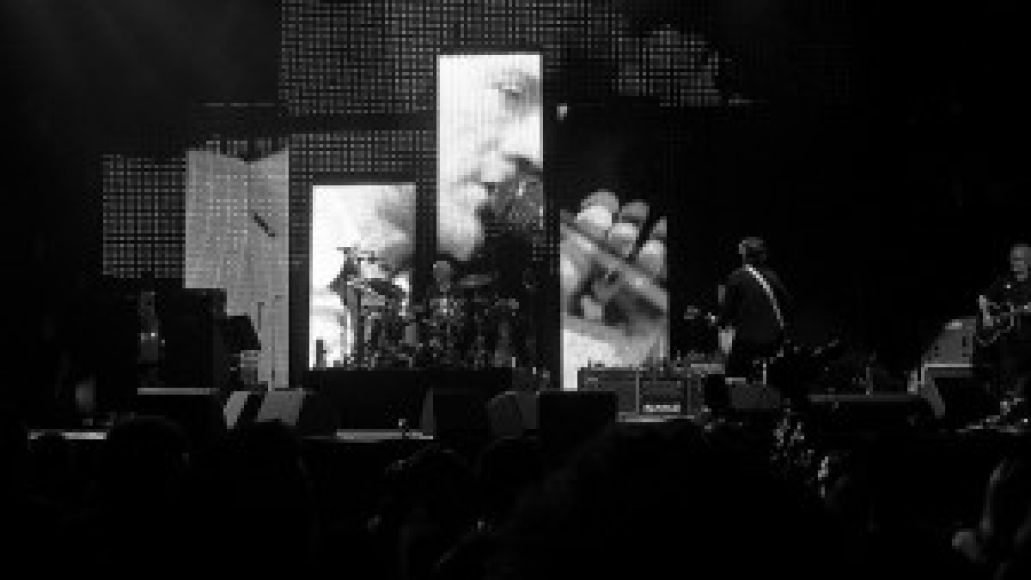 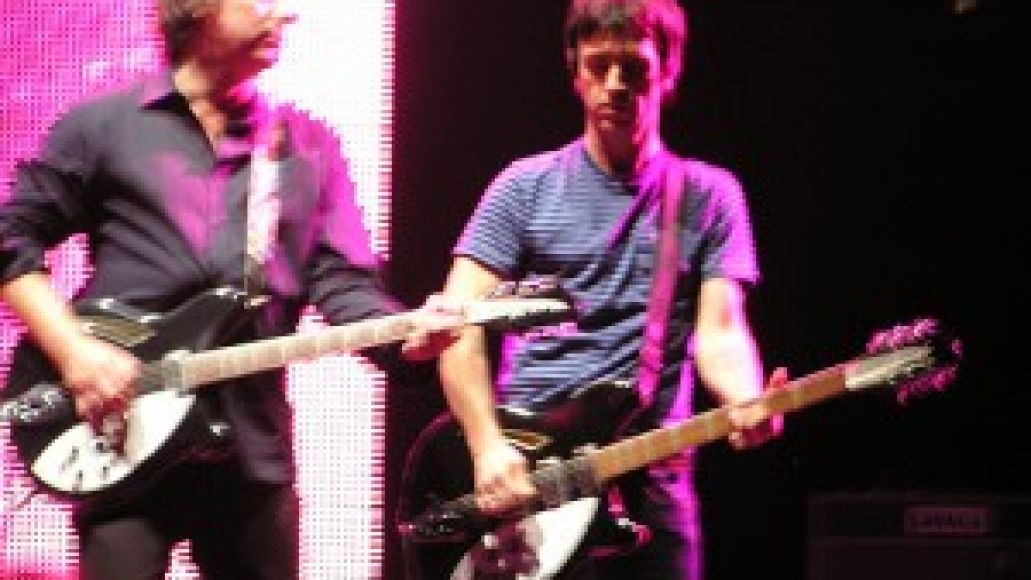