Are your shoelaces untied?

I went to hear The Warlocks after having been showered with the dirty, musical, country glory that is the Trailer Park Rangers, a talking-bluesish comedy foursome from Jersey City via Dallas. They played to a small seated crowd in the gym, adjacent to Grace Church in downtown Jersey City. Kids sat eating barbecued goods while their parents sang along to such classics as, “Fuck You You Fucking Fuck” and “Showin’ Her Titties To Jesus.” They had three chords, two bass notes, and one drum line, and they still managed to do more than the Warlocks did four hours later on one of the Lower East Side’s main stages, where the black-clad throngs go to hear and be heard.

It’s hard to know what to do with your hands when you can’t have a cigarette indoors anymore. To my mind the Warlocks 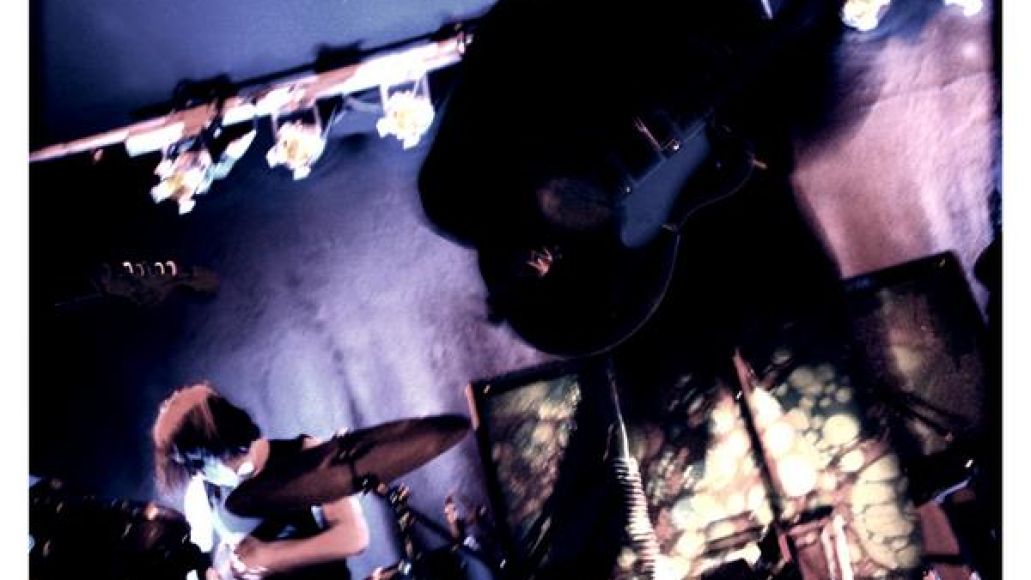 gave a mediocre show, but then (I should admit) I’m not a Warlocks die-hard. Those who are were huddled front and center within arm’s length of the sweat coming off Bobby Hecksher’s guitar. “I’m sorry. My fault. I got distracted by a sound,” he said as the band cued up “So Paranoid.”

Groovy, man–distracted by a sound. I wish he’d taken it even more California-casual than that, but it felt like he and the band were holding back, keeping an extra button buttoned while over on the East Coast; and so their eerie lullaby walls of sound felt half-hearted and already half-asleep for most of the show, which is a shame. Too bad also that the acoustics of the Mercury didn’t much help their cause, muddling the ringing guitars and dreamy vocals into an uninspiring fuzz that sounded better from the bar in the next room.

However, I did spot the occasional lone wolf punter in the back, the better situated for personal swaying space, having the time of his fucking life. Only opening his eyes between songs to recall where he was, or to cry “Baby Blue!” He and others like him (ladies too) were getting their fix. The band worked through newer material off Heavy Deavy Skull Lover, and then gifted us older tracks, gaining momentum and confidence the deeper they delved into the musical past.

They were druggy, they were sweaty (hell, we all were), they were mild, and finally mellow. And they bore little to no resemblance to The Velvet Underground (I don’t understand all these press claims to the contrary). Please, don’t hold back the L.A. vibes for New York’s sake. We could use a change of scenery.