When it comes to the word, “provocative”, some people might raise their eyebrows, sigh and look around. Musically, this term could be applied to Mick Jagger or maybe John Lennon. Then there’s “controversial”, which has people up in arms about some issue or theme that’s been shattered. You could call Pete Doherty this, though lately it’d be more applicable to Lil’ Wayne. Let’s take it a little further, to a word I like to use called “unbelievable.” It’s rare in music when someone is so “unbelieveable” that word of mouth fails to elicit a response other than, “You’ve gotta be fuckin’ kidding me.” But that’s just the case with the late G.G. Allin.

For those of you uninformed, Allin was one riotous public figure in the late eighties. I say public figure rather than “musician”, “star”, or “band member” because he really was none of those things. In some ways, more than one, he was a total asshole. His mentality of “opening people’s eyes to the real 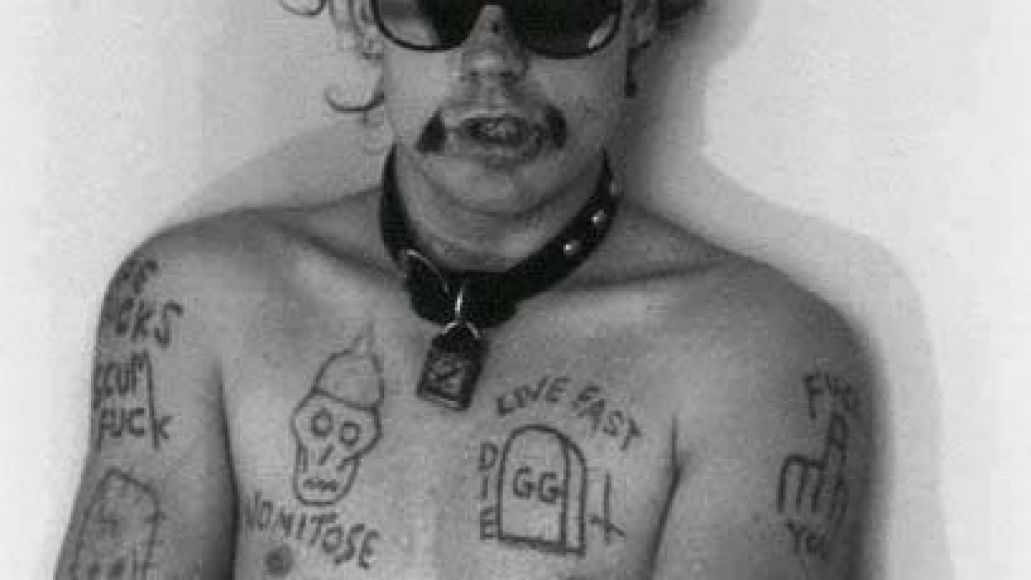 world” included everything from publically raping women in his audience to smearing fecal matter over his eyes and face. Somewhere in between the raping and the shitting, he managed to configure a band long enough.

Many bands, in fact. The clip you’re going to see is Allin with the Antiseen, inarguably his most tame band name out of the twenty or so nomenclatures he went by. To get an idea of what you might expect musically, here’s a handful of some of the bands Allin was a part of: The Scumfucs, The AIDS Brigade, Bloody Mess & The Skabs, and The Southern Baptists. To think, you haven’t even heard about his upbringing yet.

There’s such a backstory with Allin, that it’s hard to really sum up his life into a small little article. For one, he was beaten by his folks in the back woods New Hampshire. Furthermore, he attained the name “G.G.” from his brother, who couldn’t pronounce Jesus. Yes, his birth name was Jesus Christ Allin. Apparently, his father had been convinced he would be the messiah. Close but no cigar, Papa Allin. Seriously, if you have the time, please read the Wikipedia entry on him. It’s both intriguing and… “unbelieveable.”

While you should watch the surreal episode of Jerry Springer, featuring Allin and his “groupies”, I urge you to see the spectacle that was his live show performance. Filmed and performed in 1988, “Bite It You Scum” is a pretty good example of everything that was Allin. While there’s the usual flare of bullshit (literally and metaphorically) hi jinks, what’s more is that he actually performs the song. Be forewarned, however, that this video is graphic and explicit in nature, so for all our office readers out there, save it for later… or peek around that cubicle corner.