One of the things that has made Daft Punk so popular with so many people is that they are making quality electronic music that gets everyone from indie-music hipsters to people who still think mainstream rap is relevant on the dance floor. At the very least, they move some programmers at their computers. So in essence, Daft Punk set the standard for widely accessible, rock influenced dance music and save a few groups, they have been the only one’s to do it right. But, with the second offering from Australia’s The Presets, Apocalypso, there will be a few more believers in this kind of music. That is if it actually gets played over here.

Apocalypso debuted at number 1 on the Australian music charts, not the dance music chart but the one that culminates all the music in Kangarooland. This is a big deal and you probably didn’t even know it. You’re not alone. Most music fans know three things of Australia: Men at Work, Wolfmother, and that ti 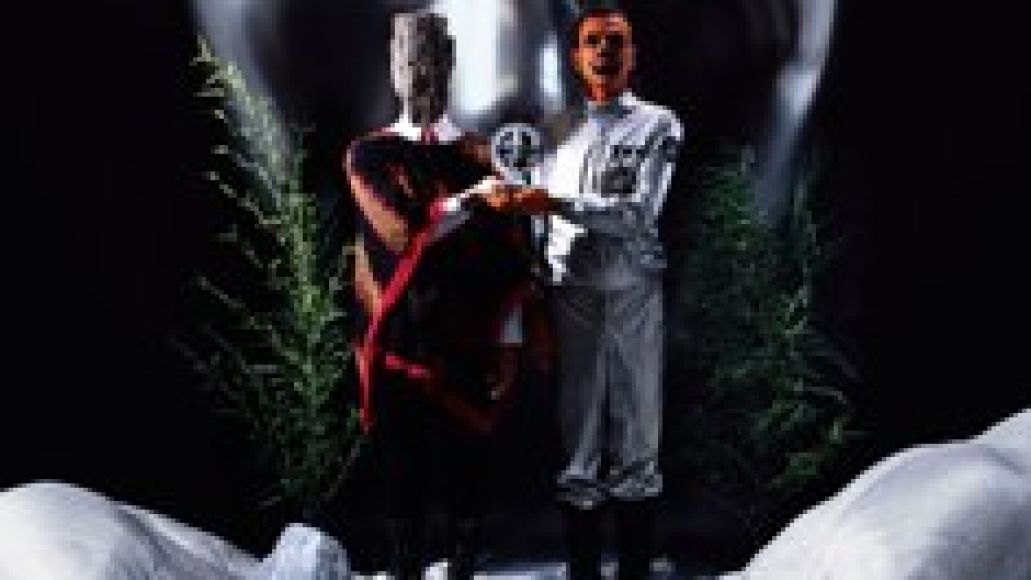 me Lisa Simpson played the Diggery Doo, but with this album The Presets are making a great step to make the world pay attention to what Australia is listening to. As I said earlier, Daft Punk has dominated the respectable dance scene, but if you look further, it’s been France reigning in with the likes of Justice and Digitalism. Now, it looks like Australia is clearly becoming a player in the dance scene and The Presets are one of the main reasons.

You can’t really sit still listening to this album. It has parts that will remind people of 80’s British rave music, with the titular “calypso” sounds and conga beats, and some very dark, industrial, house sounds that kind of build and build until they take you all the way into a different song, all of which screams “1987 prom.” Not once does the rhythm ever let go of the listener.

As for some of the actual tracks, “My People” is one of their singles down under and it is pretty deep and heavy. With very driving, distorted sounds, lyrics such as “And it feels so good” and “I’m just here with my people” are the perfect kind of words that ravers on “E” will want to repeat. Another one of the band’s singles, “This Boy’s in Love”, is more on the beautiful side of electronica. The pairing of the harder masculine vocals with the support of soft backing harmonies really show the depth of such a band. And the use of piano in the opening and the way they bring it back throughout the song really adds to it’s accessibility, which should reel in the masses.

To be realistic here, one of the reasons a lot of people listen to electronica is for background music, mainly in workouts, long drives, or for various mixes. This album offers plenty for that, but the three tracks in a row: “Yippo-Ay”, “Talk Like That”, and “Euculyptus” are a good 12 minute primer as to what kind of energetic modern dance music Apocalypso has to offer. The track “Talk Like That” is also one of the points of the album where The Presets kind of start experimenting with vocal loops and some new sounds, which some people might know as a Daft Punk trademark.

Of course, no eletronica album would be complete without the token, intense song for those out there looking to get drunk or high or those that wish to dance their worries away for a good 5 minutes. The track “Together”, with just nonsensical drums and literally no tempo changes until the last bit of the song, is kind of the perfect track for the undercover “techno” fan. “If I Know You” melds that simple Human League synthesizer sound with vocals straight out of an ABC or Yazoo song, creating that “1987 prom song” I mentioned previously. Then there’s a song like “Aeons”, which is good in a very minimalist, Kraftwerk way, but basically stands out as an album killer.

Yes, the album does have some weak points. The variety of styles and tempos do make it a hard album to just throw on as stock, but then again, that’s why there is something called an “internet dance mix.”  For the most part, the album is extremely solid and will make you move, but in the end, this album is undeniably intelligent dance music for electronica fanatics who just want to have some fun.

P.S. If anyone would like to explainthe cover for Apocalypso to me, feel free. I stopped trying once I realized one of the men featured was a log.