So, Cansei De Ser Sexy (CSS) have grown up. They made their self-titled debut album in 2005 as this renegade Brazilian band comprised of hot party artist types. They played shows with everyone from Ladytron to Busdriver. Lovefoxxx, the lead singer, started dating Simon Taylor-Davis from the Klaxons. They became renowned for being weird and putting on amazing live shows, complete with wardrobe changes (mainly Lovefoxxx). Their debut album had ridiculous titles of songs such as “Let’s Make Love and Listen to Death From Above” and “Meeting Paris Hilton.” Then they became Internet memes with “Music is My Hot Hot Sex”. Keep in mind, they did this all while basically avoiding any sort of true critical acclaim or breakthrough sales in the US. 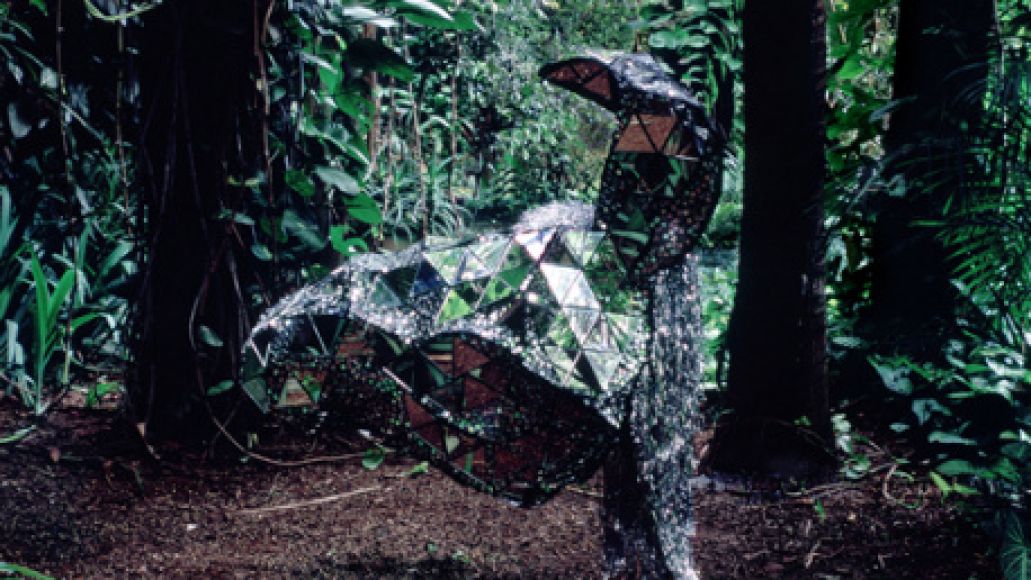 After listening to Donkey, it appears they are committed to fixing those last two things. Donkey is polished, sophisticated, fun, more mature, and less “weird” than their first album. Sadly, though, that vibrant “devil may care” feeling of the first album is gone. That’s not to say Donkey is a bad album, but it’s clearly not the CSS longtime fans are familiar with. One of the big controversies before the album was released was Ira Trevisan leaving the band to pursue her design career. Recently though, it has been stated that she was not really practicing and didn’t really care for the direction the band was going in and they made a mutual split. Hopefully, we can see her in action again with the band or in a new musical project, because she clearly was part of their original sound.

One of the most common connections people enjoyed about the band is their guitar tones. They make some damn interesting guitar sounds in CSS and that is one of the main focuses of this album. Almost gone are the spacey retro sounds, rapidly changing tempos, and ridiculous song titles. Replacing these are a much more confident and trained Lovefoxxx, deeper in thought about the songs and an understanding that this is the time to make the move into the mainstream. Donkey is also much more of an “album”. It’s smooth and flowing, from beginning to end, and can almost blend into one long, thirty-nine minute track, that is if the listener is doing something else.

As for anyone familiar with CSS and their live shows, Adriano Cintra is the old guy who switches from drums to bass on a few of their tracks. This older guy taking shit over and busting out some phat guitar work is one of the more impressive parts of the show. How this relates to the album is that about halfway through, you realize he went from a seemingly small part of the band to what now amounts to the “genius” behind the band. Cintra is the one releasing information about Trevisan leaving the band and for the astute listener, he does a good amount of background vocals on the album.

“Rat Is Dead (Rage)” was released as a preview single a while back and is found early on the album. It showcases a softer, wider vocal range from Lovefoxxx, with some very solid guitar work. There’s even a little throwback to the good ol’ days with some bizarre screams and sounds here and there. “Let’s Reggae All Night” is one of these songs that comes to mind, carrying some excellent laser beam synthesizer sounds and a great reggae bass groove to add to the mix. Another standout track is the aptly titled “Beautiful Song” which features fast paced vocal stylings straight out of “We Didn’t Start the Fire” mixed with rhythm guitar work that is so happy-go-lucky you would be pissed if the song wasn’t called what it is. “Believe Achieve” is so blatantly influenced by the band’s time on tour with Ladytron, you almost expect “Ghosts” to come on next. “Move” is noteworthy for its extremely entertaining 80’s sound (complete with all the space), providing 2008 with the new phrase “Get your move on.” Speaking of 80’s sounds, check out track five, “Left Behind”, for some Devo-styled keyboard work.

Overall, Donkey is pretty great, but if you were more than a peripheral fan of the band, it will take more than a few listens to warm up to the changes. However, this is the album that makes or breaks the band. Being the sophomore album, the old fans will warm up to it eventually and hopefully CSS becomes relevant in the US. Then everyone can have one more band in common to talk about. On a positive note, this band has changed and grown up, and for those looking for an awesomely polished indie band from Brazil, you have it. As for those looking for a quirky, Brazilian party band wanting to stay young forever, revisit their first album.