Its been about eleven years now since Harvey Danger told us to pierce our tongues, “it doesn’t hurt it feels fine” on that fantastic record Where Have All The Merrymakers Gone? Now having grown up a bit, his latest disc, Little By Little, is a simple reflection of what a good pop rock record should sound like now a days, infusing grunge inspired guitars, fitting yet distorted solos, and the poetry of the cynical and rebellious youth lost in love and pain. Thought of by many as a one hit wonder lost in 1997, he has separated himself by continuing to stick to his guns and put out quality rock music that has kept around his cult appeal.

Released in 2005, then re-released in 2006, Little By Little has had some issues getting off the ground, but the band sticks by their third LP, offering it for free off their website. After years of band-lineup changes, a two year hiatus, and a slew of EPs, the record shows the band’s age by expanding the instrume 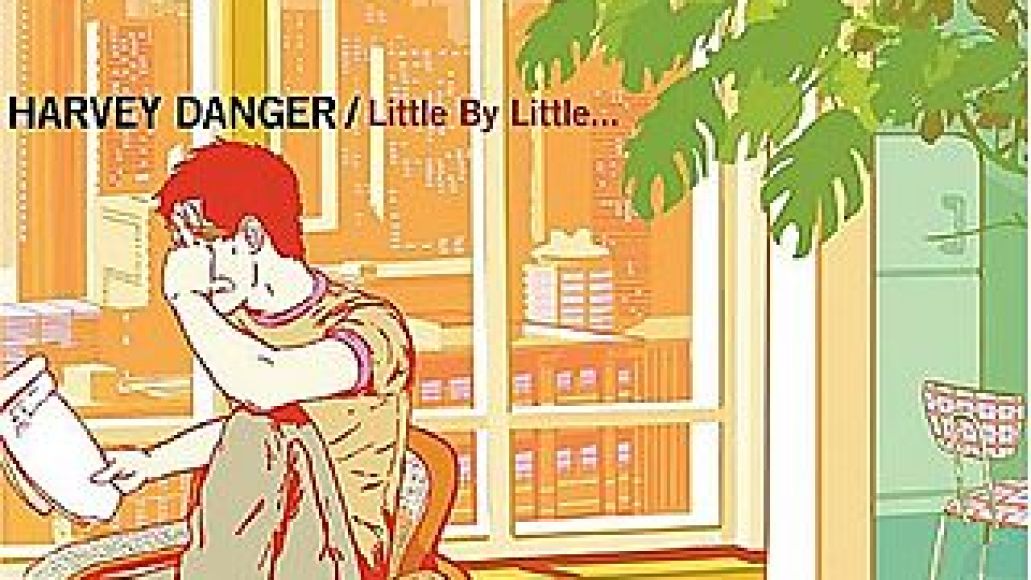 ntal stash by including welcoming keys in the form of organs and piano’s. The opener “Wine, Women, And Song” is cautious warning to those who are easily distracted and blinded by love. It is a great invitation to the rest of an album that brings back the unique early post-grunge sound that had been encapsulated in their earlier albums while introducing a new, more gentile side. The second track, “Cream and the Bastards Rise” is a direct throwback to why the fans love what this band does: late nineties alternative rock. It is a song that plays into a social commentary on the frustrating truth on who ends up on top of the social food chain. “You don’t have to be a genius, but it helps” he explains with a bar rock inspired organ key finish.

“Moral Cenrelia” shows the softer side of Danger with another key-charged pop song that skirts the edge of being dark up until the chorus starts up. The album itself is piano heavy, especially with the powerful ballad “Little Round Mirrors”. One gets a sense that a life-changing event took place for Sean Nelson (vocals, song writing), providing a muse for the track “Only Happiness Writes White”. The track builds a sense of hope for the listener, the proverbial light at the end of the tunnel for whatever trails and tribulations that personal moment has brought.

Sweet and light back up vocals with a country bar twang in the guitars and keys make the mid point of the record just as strong as the first half making “Incommunicado” is short but noteworthy. “Cool James” bring in the last half of the record as an ode to the hip-hop icon LL Cool J has he explains why the ladies really do love cool James. The pianos kick back in for the thought provoking “What You Live By”. The record closes with a track that bids farewell to the world we now know and take for granted. “Diminishing return” is a slower song that builds into a light electro-touched nature inspired finish, rounding out an excellently produced record.

I hadn’t heard the name Harvey Danger for a long time until he popped back up on this website with an interview and word of relatively new material. Curiosity struck and I was intrigued by what I was reading. We’ve all been wrapped up in songs that would later be labeled as one hit wonders, but with Harvey Danger there is much more to be explored. The band is like an old friend that you call after a few years of spending time with your new found companions, the friend that only you are still close too. I was as surprised as you all are reading this that the record is as good as it is, especially given that Harvey Danger has been lost amongst the onslaught of new music since that long ago hit. But take a listen, you may find it a nice comfortable break.