With a barrage of phenomenal covers under their belts, the cello-based metal band Apocalyptica have given the symphonic rock treatment to everyone from Metallica to David Bowie.  With the release of their third complete album of original material, Worlds Collide, these Finnish rockers are grandiose to the very finish.

A sprinkling of guest appearances further cement Apocalyptica’s place in any metal-head’s playlist, opening with the oh-so-chilling title track.  A rhythmic bass-line accompanied by none other than cellos, and a powerful finale of electric guitar prowess make this the proper introduction. 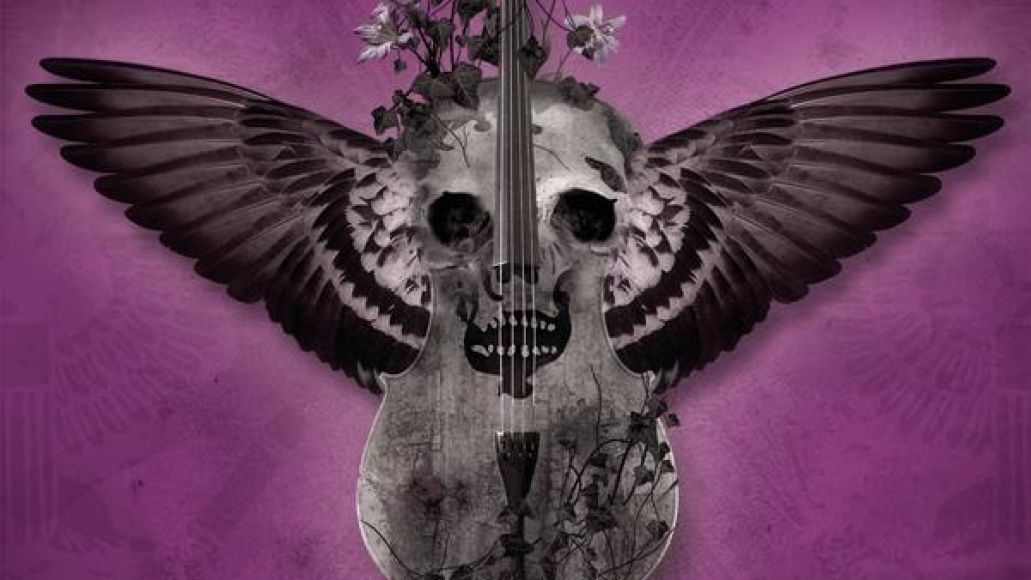 Afterward, we get a dose of what sounds like a Mike Patton instrumental piece.  A brutal classical brain damage kind of song reminiscent of Trans-Siberian with an abstract edge, “Grace” holds it’s own – though somewhat bleeds out of the first track.

Enter “I’m Not Jesus”, a stand-alone featuring the first guest vocalist present on Worlds Collide, Slipknot’s own Corey Taylor.  This is appropriately both the first single, and the first on this album to feature vocals.  Personally, I can never get enough of Taylor – regardless of how overplayed the last Stone Sour album became.  His touch added to such an angry tune has that signature cynicism only he can deliver, with lyrics like “I’m not Jesus/I will not forgive”.

“Ion” has a very Nine Inch Nails feel to it, primarily during the first 30 seconds and toward the middle.  This is another of many Apocalyptica instrumentals that you can certainly bang your head to – and that is saying a lot, when you figure in the symphonic gallantry of such a band.

On “Helden”, we see Rammstein’s vocalist Till Lindemann take his turn with Apocalyptica.  Now, anyone who has listened to this band in the past knows they’ve covered Rammstein before – and even joined them on tour at one time or another.  If you’re familiar with this German rock mainstream powerhouse, then you can imagine how well these two work together.  The ever-present machismo in this brooding march-along track brings about images of some dark army trekking across a wasteland of man and machine.

Next comes “Stroke”, which is quite the perfect title seeing as how I could picture many an elderly person having just that whilst it plays on some mega stereo equipment in the nursing home.  While not very unique compared to the other instrumental pieces on Worlds Collide (save for a fast-paced percussion intro), it has a place on the record.  “Last Hope”, the next track, has a more memorable presence as something of a straight-to-the-gut metal piece complete with Slayer’s Dave Lombardo on drums for a thrash flavor.

Now, normally I avoid anything related to Three Days Grace because – well, after the first album, they went very “depressed teenager”.  The song “I Don’t Care” is a decent example of how emo Grace’s frontman Gontier can get.  Even Apocalyptica couldn’t save it, so sad to say this is junk.  Luckily, another fine instrumental saves the day with “Burn”.  This song more defines the album than it’s title track.  Case and point – how can you have an album titled Worlds Collide without some kind of Armageddon-like pyrotechnic reference?

“S.O.S.” features my all-time favorite female lead vocalist of the past decade, Cristina Scabbia of Lacuna Coil.  Most call me lame as hell for picking her, when every adolescent goth kid of both genders fantasize about this Italian beauty regularly.  Either way, she has great pipes, and she fits the mood of this album perfectly.  After all, her band is known for music like this – powerful, dark, and melodic.

Of course, now it is time for the closer – “Peace” which is also the longest track clocking in at 5:55.  The song title alone says everything about the point to be made, though parts in said song tend to contradict the theme.  It starts off slow and then rises up from the depths, doing this once or twice before finally coming to a gentle close – like the pattern of angry waves on an ocean before a calming resolution in breaking against the shore.  All in all, a worthy ending to such anthemic bliss as Worlds Collide.

Short of the Gontier guest spot, I can’t find too many flaws in either production or overall tone.  If one is inclined to hear bands like Opeth or the aforementioned Lacuna Coil, then Apocalyptica is up your alley – so, take a look at our review for Opeth’s Watershed, and when you go out to download (I mean buy) it, pick up Worlds Collide.  You may find it to your liking.