Next time Dengue Fever hit town, I’m getting gin-drunk and donning a fish scale dress. Because this is New York, New York, USA, the experience of Dengue Fever in a place like Joe’s Pub–clean, velvety, low-lit–is more that of a Quentin Tarantino-film fantasy than what must’ve been the humid, sticky birthplace of this 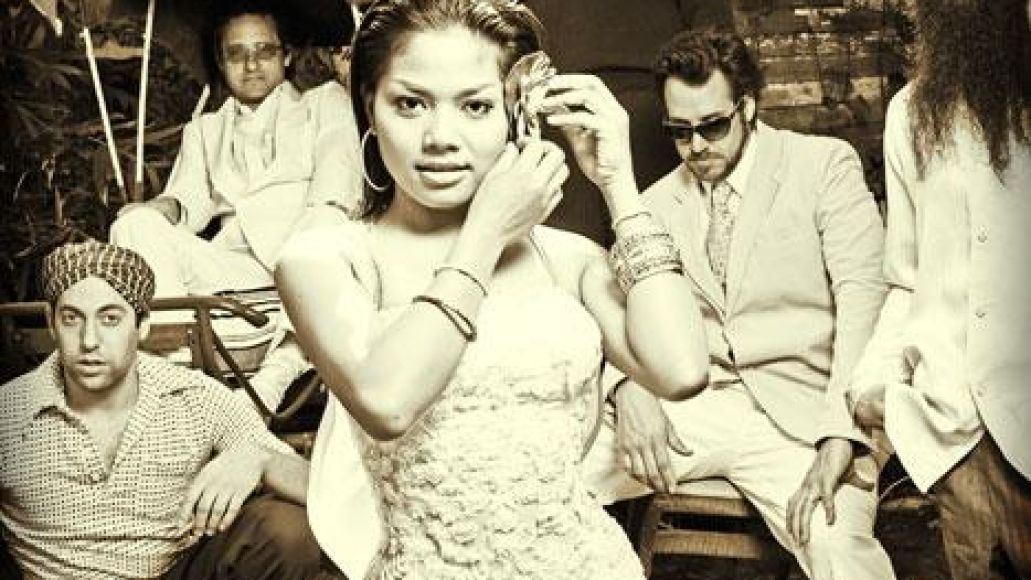 When Dengue Fever took the stage in the intimate quarters of Joe’s Pub, I wished we were a few blocks up at Beauty Bar, where there is a dancefloor. Joe’s Pub is a lovely venue but in the case of this particular act, why sit when you can stand and why stand when you can dance like it’s 1964?

Dengue Fever’s albums are good and their live shows are better. The piercing clarity of Chhom Nimol’s voice, which carries high above the guitars, focuses everything, making the past present and the far near. Though there were definitely Khmer-speakers in the audience who sang along at full volume, I found, as is often the case, that not speaking the language is the best way to hear it. Dengue Fever do have some English songs (from their latest album, Venus On Earth) but honestly much of their live force is in the synergy of the familiar with the foreign.

Of course, to those who know the history of the genre, Dengue Fever aren’t novel they’re just recent. But as for being derivative of what’s already part and parcel derivative, no complaints to be heard here or there. When the signature chords of “Revenge of the Tarantula” fill the room, everyone sways in agreement, and when “Sni Bong” reaches the chorus, Senon Williams (bass) jumps up and down. Faces glow, the room heats up, and the new-old is just as good if not better than the old-old–for one thing, it’s in the here and now and there’s no discounting the kind of satisfaction live flesh brings.