A few weeks ago, Ben Sollee made quite the impression with his “tribute” to Kanye West. But after a few listens of the tune, we became hooked on more than just the clever song-writing, and decided to investigate the Sparrow Quartet member/solo artist. Here is what our own EN May came up with…

If there is anything to say about Ben Sollee and his music, is that it’s refreshing. His debut solo record Learning to Bend hit me like diving into a pool on a hot, humid D.C. summer day. My mind was released, my ears smiled. Hailing from Louisville, Kentucky and just 24 years old, Sollee has been around the traditional music block, earning much credibility and recognition since being mentioned as one of NPR’s top ten unknown artists of the year back in 2007. He is also known for his part in The Sparrow Quartet, as well as his work on the classic radio program Woodsongs Old Time Radio Hour. Most recently, Sollee performed three sets at this years Bonnaroo, one of 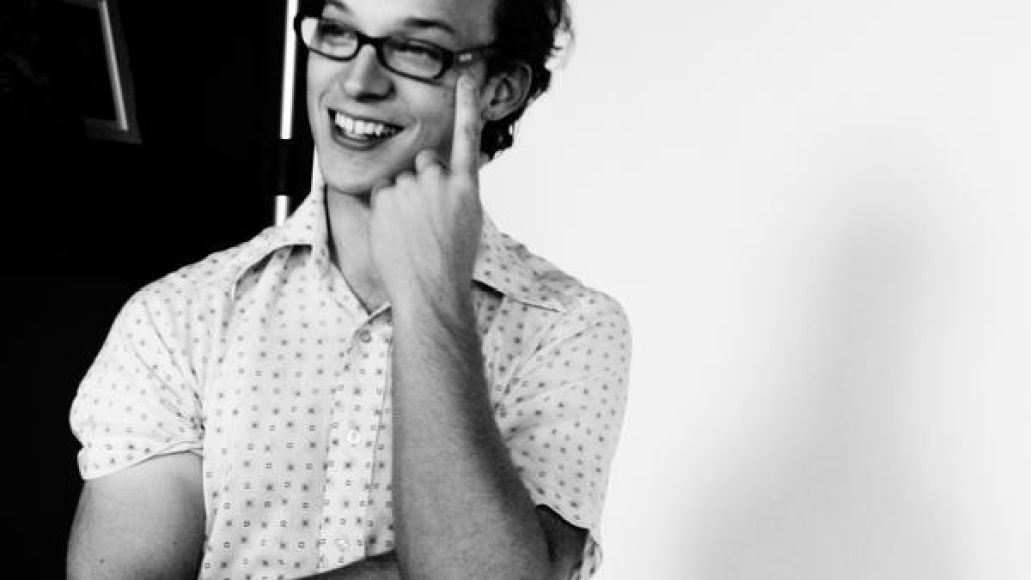 which is in support of his solo work.

A combination of bluegrass, jazz, and blues, Sollee’s sound is light and complex, combining the old with the new in terms of musical styles. As mentioned before, his main gig since 2005 has been with the bluegrass group The Sparrow Quartet led by the female banjo player Abigail Washburn and includes the world-renowned banjo player Bele Fleck and five-string fiddler Casey Drissen. This experience as part of a progressive bluegrass group has helped him build a style of playing that is very unique, almost guitar like when it comes to the way he plucks the strings making each note their own dramatic entity.

A follow up to his debut solo EP, If You’re Gonna Leave My Country, Learning to Bend is his first full length release and opens with social commentary on the folk inspired track “A Few Honest Words”. The track is an elegant reaction to the current social and political state the country is in, and also provides an introduction to Sollee’s unique style while backed by a drawn out violin. Further into the album, an updated rendition of Sam Cooke’s “A Change Is Gonna Come” provides re-written verses more fitting for the time.

For highlights on this record, “How To See The Sun Rise” provides an excellent example of the man’s writing skills, introducing the jazz fusion. The bluegrass and folk roots never stray too far however, and really shine on “Prettiest Tree On The Mountain”, and “Panning for Gold” (personal favorites). For the first record on his own, he has put a lot of talent on the table.

This style of music has always been a personal outlet for me becoming the comfort food for my ears. While we all get wrapped up in what is new and progressive, it is nice to be able to sit back and enjoy an artist for their simplicity and creativity and with an instrument that is usually used only as a dramatizing background effect. Ben Sollee has provided a record that is hard to put down, and is well worth a listen for those with an ear for the traditional.