In the years since 80s metal, we’ve transcended into multiple sub-genres that occasionally boggle the mind.  Between alternative, punk, post-grunge, rap-rock, emo, and groups that use MIDI samples from NES games between riffs, one gets the feeling that old school rock has died.

Enter Black Tide – a band of misfits with a 15 year old frontman who shreds and wails like Hetfield in his heyday.  No one in this band is legal to drink alcohol, and yet they are touring with the likes of Mastodon, Dragonforce, and Slipknot this year at the Mayhem Festival.  The 80s comes back full circle with a brute force none could picture coming from high school kids who were raised in the MTV Celebreality generation dominated by bands that would rather write melancholy poetry and do karate kicks (see Metal By Numbers by Brian Posehn). 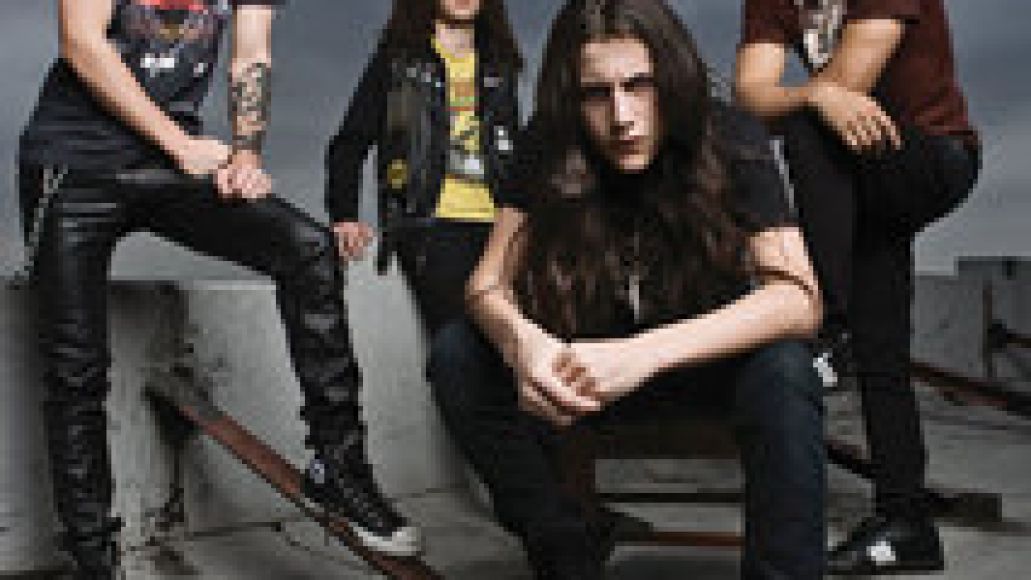 When their debut single, “Shockwave” was released, I felt as if I’d taken a time machine back to the years of Anthrax and pre-Load Metallica.  It would only be complete when this fearsome foursome included a monumental cover of “Hit The Lights” on their first studio release, Light From Above.

Now don’t get this twisted – when I say they have the old school cranked up, I don’t mean they did a Wolfmother and cloned Led Zeppelin.  Black Tide has as much an original sound as mainstream metal can pull off these days.  Their album hits hard to the gut, and I have jammed to many a song in the car to work the past few weeks.  Granted, “Warriors Of Time” comes off a bit like “Dream Warriors” from the similarly named Freddy Kruger flick – but overall, it’s a nostalgia that just may stick around and come into its own.

I can’t say with validity if these face-melters will fade into the backdrop after a 15 minute stint or not, because retro rock is a pass or fail department (note Wolfmother, The Hives, et cetera) and it takes time to find out the results.  I can, however say that Black Tide is worth a listen – for anyone with heavy metal in their veins and a taste for the classics.