Say what you will about the L.A. Times, but when they call your band, “sexy and eclectic”, or label you, “world music for the cool kids”, they’re your new best friend. That’s the case for Los Angeles psychedelic rockers, Dengue Fever, whose latest album, Venus on Earth, is splitting open music critic’s heads… in a good way, of course. And if you’re prone to hallucinations and find a liking to Charles Mingus, then these fellas are just for you.

It’s rare when you find a band’s mission statement to mirror, well, their product. But when I read that they originally set out “to revive the psychedelic 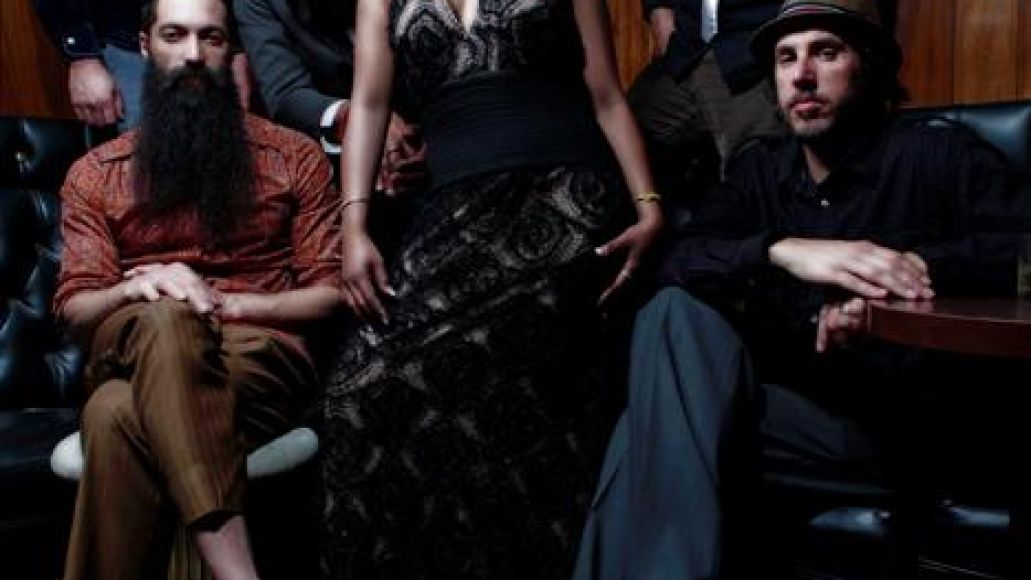 Cambodian rock and roll of the 1960’s” and create “a sonic stew of surf-rock, spaghetti-Western, and klezmer”, that’s precisely what I heard in their music. There’s a weird Ennio Morricone vibe that shoots through much of what Venus on Earth has to offer. “Seeing Hands” carries this epic swagger, even though I have no idea what the hell vocalist Chhom Nimol is singing about. Its slow burn sizzles from some sort of horizon that I’ve yet to see.

Fear not though, they won’t leave you stranded. On the other end, a song like “Tiger Phone Card” borrows a bit from Jefferson Airplane, but had it been released in the actual ’60’s, it’s pretty inarguable that the likes of Andy Warhol would’ve preferred this over “White Rabbit”. Ethan Holtzman utitlizes the Farfisa organ in a way that might appease the very morose Ray Manzarek (of The Doors), floating over a malleable backbone provided by bassist Senon Williams and drummer Paul Smith. The foreplay between Nimol and vocalist/guitarist Zac Holtzman is scintillating, showcased in excellent harmonies and light, crisp guitar solos.

If you’re not sold yet, you’re a bit too eager for disappointment then. Dengue Fever is a wicked band with a unique sound, and one that seems new each listen. Original? Not entirely, but neither are the half a dozen artists screaming up the critic’s choices today. Instead, they cull together the bold sounds of a decade long admired and instill some culture in it. If that’s your bag, then by all means, start listening.

Currently the band is touring the United States, with dates in Chicago, New York, and San Francisco, before heading overseas, where they will be warping the minds of London, Holland, Berlin, and more. From the looks of their tour itinerary, they have quite the exhaustive year ahead. But then again, when is that a bad thing for a musician?