Music is a very strange and beautiful phenomenon and rock bands are no exception.  Rock bands are much like stocks and bonds for very different reasons.  On one hand, a band, much like a stock, could be potentially great for a period of time and eventually trail off, so it’s always a constant gamble to predict their outcomes.  On the other hand however, there are bands that act like bonds; very secure, always a safe bet, and always delivering a great product.  Chicago native AJ Martin aka Slow Gun Shogun falls into the bonds category: the man will always deliver a great performance musically, both on your stereo and at your local bar. 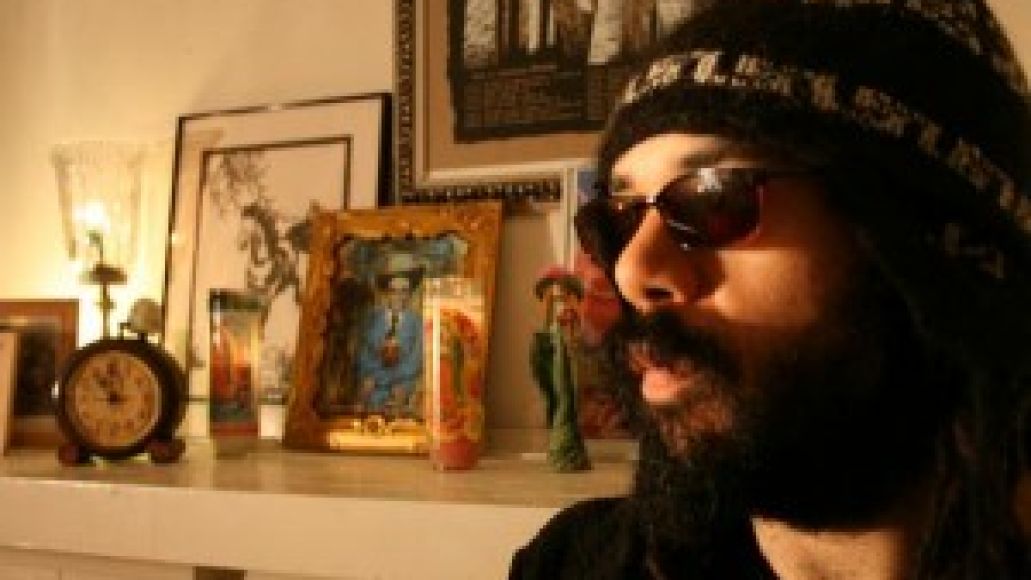 gically appear all in the same songs.  The one strand that holds all these influences together is Martin’s impeccable storytelling.

One of Shogun’s tunes, craftly titled “Even Outlaws Grow Old In Utah” paints a wonderful picture of an old, retired outlaw in the West, living out the rest of his days and looking back at his achievements.  Shogun’s lyrical painting is certainly a very strong suit and goes well with the beautiful melodies he sings.  Just like Ray Charles said about country music, “The stories…that’s why I love it,” Shogun certainly applies that same love and passion here.

Another great song he has is the grungy, blues battered story, “Evan Williams Blues.”  Here, the guitar follows a nice, deep almost Neil Young-esque guitar, only backed with a wicked shuffle over Shogun’s half-spoken vocals.  There’s definitely a feeling of whiskey bourbon drenched musical notation that’s low-down, dirty, real, honest and awesome.  Shogun’s canny ability to capture the mood of the music is what makes the band very approachable and good.

Look for Slow Gun Shogun to be tearing up the bar scene in downtown Chicago in the next few months, for you certainly will be satisfied.  Shogun will always be a guaranteed fun night on the town.