Kudos to London for another great addition to the musical world, and boy am I glad they are sending him across the pond for us in the old colonies to enjoy. Having recently built a name for himself on the other side of the Atlantic, Matthew Thomas Dillon, a.k.a. Windmill, has already opened tours with the likes of The Smashing Pumpkins, The National, and CoS’s mid-year favorite: Vampire Weekend. It took a few long listens to his first full-length record, Puddle City Racing Lights, before I could even begin grasp the depth of the music Dillon was creating. Recorded in Manchester, England and in just thirteen days (mixing and all), it is the follow up to his first EP 7″.  After 10 years of recording just himself on endless demo tapes, Dillon has now released a long over due debut. 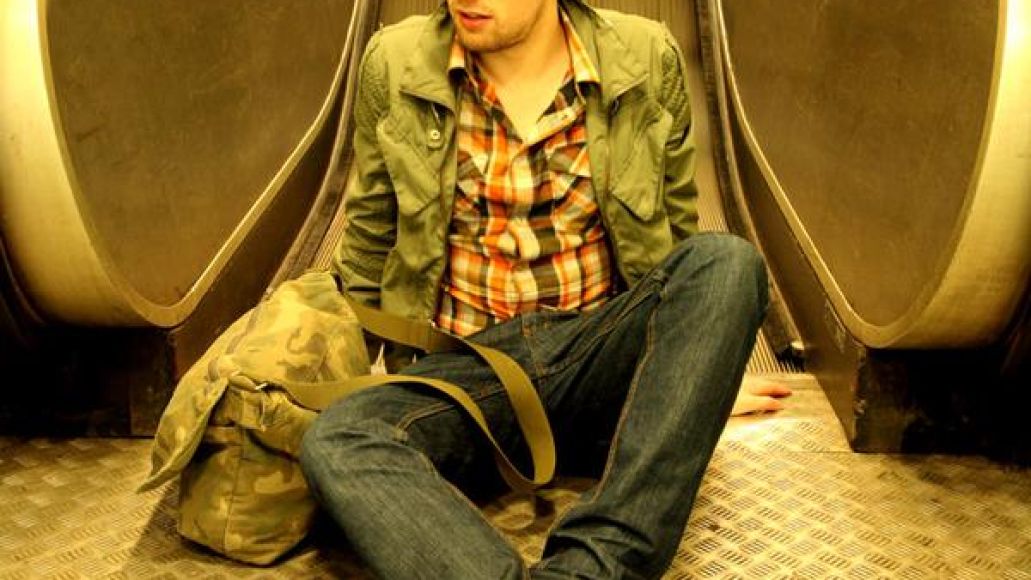 voice. I hate to say it, but it’s almost muppet-esque in its pitch and tone. But to his credit, he’s never whiny or unbearable like so many other male vocalists that carry a high voice. This uniqueness adds an element of vulnerability and realism making his lyrics and the music that accompanies it very believable. This is crucial to the success of emotional music, and at least for myself, it is a big success. “News Flash” provides a strong example of this, coupling his strong voice against the solemn notes of a piano, that in the last 45 seconds breaks into a wonderful denouement and finish.

The life of the album itself is based on building hope and tearing it down, asking about all the ‘what ifs?’ in life. “Plastic Pre Flight Seats” is just one of the examples that could be used to best show this dichotomy of thought when on the brink of regret.

Dare I summon the ghost of Elliot Smith? For me it is the same emotion that I first heard with Smith all those years ago. This is the same element that Windmill shares and in my opinion could make him an addition to those indie classics. Slight parallels can also be drawn to Death Cab for Cutie with a moment of The Arcade Fire when time for a sing-a-long.

A piano drives the album through 14 impressive, addictive tracks. “Plasticine Plugs” offers its audience the perfect concert chant along that starts with a piano and builds into a strong finish. Both “Fit” and “Racing” tug at the same piano rock heartstrings that Ben Folds once did for me. Only, Windmill adds faster drums, dramatic strings, in addition to a variety of other instruments to create a classically used sound.

“Shutters” provides the perfect closer for this debut record, bringing closure to an emotional rollercoaster of an album. It is a lot to call an artist a classic, and usually requires more than one album to do so. But if we look, we can find examples of those we revere with only one record to call their own (Sex Pistols). For us writers and listeners that find ourselves looking for music under the radar, Windmill could very well be an artist that in the years to come, we will look as to a classic of our own. It is a lot to say for a debut I know, but even if you disagree, you cannot deny that Matthew Dillon is a strong musician and songwriter.