Ben Goldwasser and Andrew Van Wyngarden of MGMT have had one whirlwind of a year in 2008 since the release of their full length debut,  Oracular Spectacular, in late 2007. The record came two years after their EP, Time To Pretend, featuring the single of the same, launched them into indie stardom. A tour with Of Montreal helped a little too. Now in the last summer months of 2008, the band has been on an extensive tour that has them appearing at the top festivals in U.S. and Europe such as the already completed Bonnaroo and Glastonbury, with Lollapalooza on the horizon. Not to mention, they will also be supporting Beck this Fall. So after having their record on constant rotation at home (and yes I bought the “Kids” ringtone), I like the rest of the sold out crowd at D.C.’s own 9:30 Club last night was in a state of ecstatic anticipation.

It is always nice when high profile bands bring in quality openers, it makes the time pass that much easier as I perched at my usual spot on the balcony. The lights turned off and the crowed roared, waiting for the first site of the shaggy haired bunch. Given the nature of the bands material, tour musicians were quite necessary and added a thunderous guitar heavy reconstruction of the recorded material. “Weekend Wars” started off the mostly Oracular set that also included a couple selections from the previous EP. The presence of a second guitarist built the sound up and added the ability to incorporate larger than life solos not heard on the recorded versions. Right off the bat it was made clear that this would not be a simple reproduction of what we have been listening to for months already. 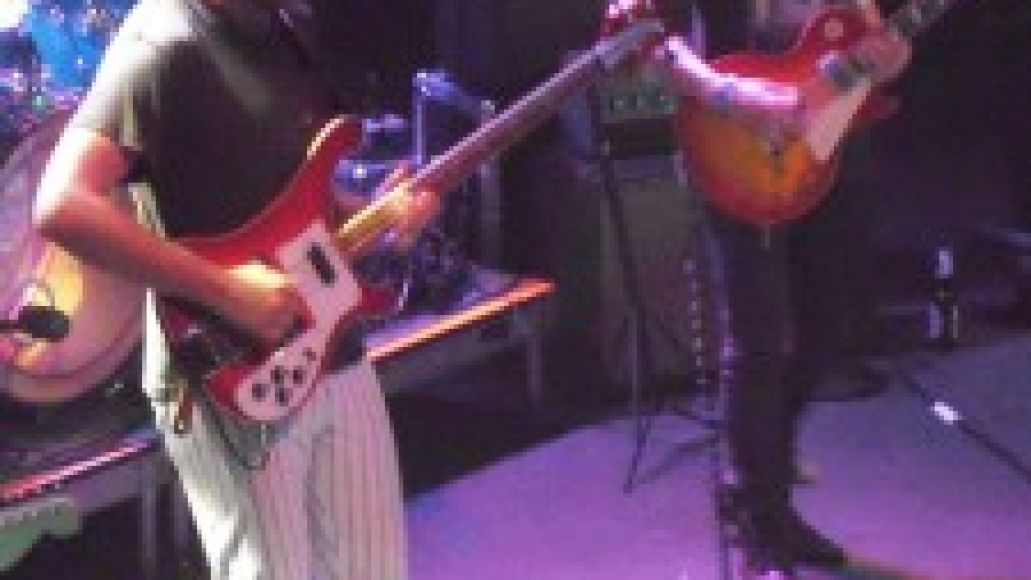 nstage banter was happening as MGMT rolled from one song into the next. The band looked much younger in person, and it was very apparent that the sudden attention was a bit intimidating, as they had not yet built a strong stage presence. “The Youth” came third and brought down the energy a notch giving those in the front row time to breath. The mellow attitude stuck through until the funky disco grooves of “Electric Feel” kicked in, causing a unifying grind session. With a distorted introduction that could have lead to anything, one of the two most anticipated songs of the night, “Time to Pretend”, was met with a deafening scream. By this time, the band had loosened up a bit, getting more into the music instead of being stiff and timid.

The first set closed after eight songs and the chaotic gang-bang of the keyboards. They came right back on however to another round of screams so high it would make a dog run away. They kicked into a track that was described as “The fourteen minute song no one knows”, and they were right, no one did know it. By the end, however, the audience had been taken through an epic performance that was more like several songs all strung together ranging from their signature electro pop to Styx and pure stadium rock. It felt a bit long, but was fun to see what happens when they went beyond five minutes for a single song. Once over, everyone knew what was coming.

The rest of the supporting band left the stage, and the original two members hit play on the keyboard, breaking into “Kids”. The entire venue bounced with their hands in the air, cramming into one another, and singing along as Goldwasser and Van Wyngarden hopped around the stage feeding off the massive energy. Usually by the end of the night a crowd this worked is tired and ready to ring out the sweat, but not in this 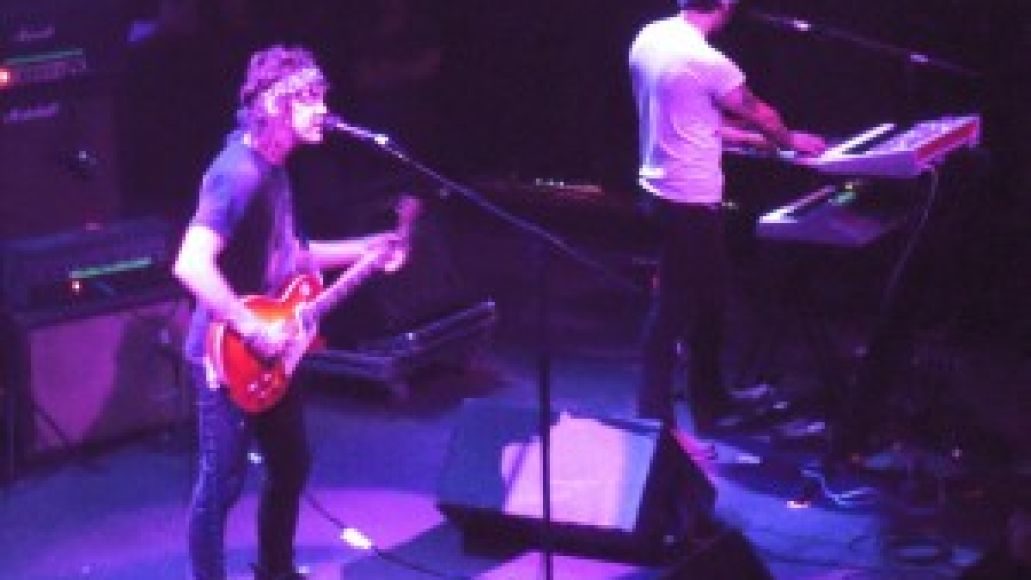 case. By the end of the song, the rest of the members had reassembled but at different instruments, and a last minute decision for one more song was made. I was not able to make out the name of it, as there was too much noise between the beating of the keyboards and the screaming from the floor and balcony, but after another minute of madness, the night was over and they all walked off with smiles of accomplishment on their faces.

Even after the lights went on, the front of the floor did not clear out as kids eagerly waited for a piece of the night, be it a guitar pick or set list that the stage crew gladly handed out. No song was a direct copy from either of their records, as they successfully incorporated extended guitar solos and other additions making each selection special to the live experience.