At the end of the month, our Senior Staff Writer, Blaine Sayers, will be heading out to Pemberton, British Columbia to check out a slew of artists that will sure to please anyone, even if they aren’t Canadian. Before the festival, he’ll be spotlighting some artists he’s particularly fond of, the first being Australia’s own Wolfmother.

For those music critics out there who believe that rock music is on the decline I have one word for you: Wolfmother. Since their successful self-titled debut album these boys from Australia have been rocking festivals and radio waves. Their stomping and charging guitar riffs will bring your parents back to the days 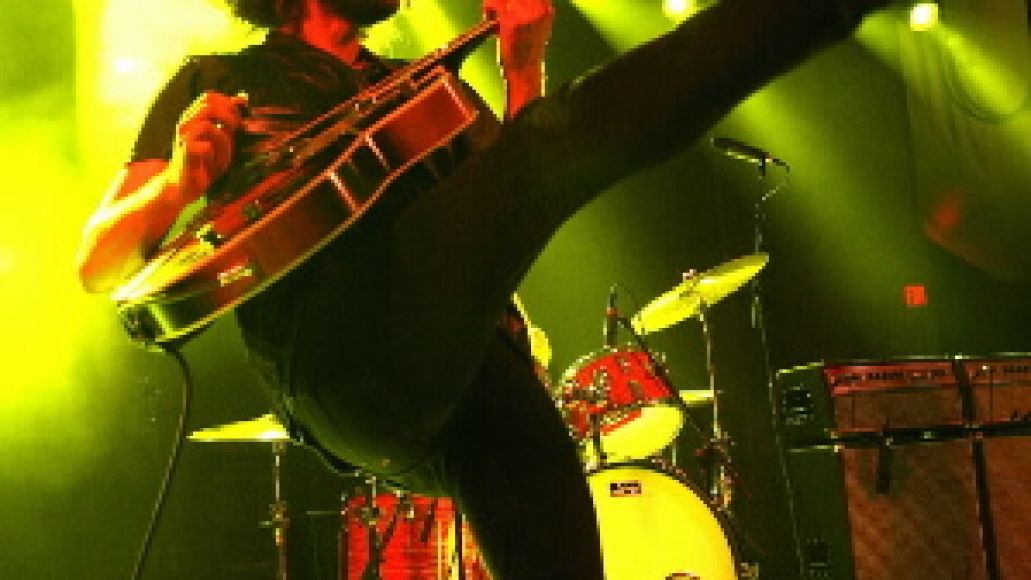 of Led Zeppelin I with “Communication Breakdown” playing on their record players. Who knows in the decades to come? We could be reflecting with our children about the good ole days of Wolfmother. Their screaming guitar, deep distorted bass, and stellar drums combine to create a heart pounding adrenaline rush. These boys proudly embrace their musical influences, never shying away from what their heroes have taught them: rock hard and never disappoint your fans.

Composed of Andrew Stockdale on guitars, Chris Ross on bass and keyboards, and Myles Hesket on drums they are a three piece band which sound like a five piece. Creating a wall of sound similar to their idols Wolfmother are not for sensitive ears. Perfect for deafening full volume on your headphones or better yet in the flesh. Always jumping, shaking, and head banging across the stage, this Australian trio have the power to lure you into the pit, even if you are hesitant. Stockdale with his mushroom, cloud sized afro is very entertaining, even for those who can’t appreciate his hard rock riffs. Not to be out done, Ross usually plays his keyboard on a 30 degree angle. Swinging his board back and forth like a teeter totter, he rarely misses a beat. These two are front and center for Wolfmother’s live set, while Hesket maintains a furious beats in the background.

Even though there is only one album’s worth of material, each and every song is played at a blistering pace. Classic tracks such as “Woman”, “Joker and the Thief”, “Mind’s Eye”, and “Colossal” will have anyone pumping their fists to the sky. There is no doubt that their debut album was a success because of these strong tracks, yet these Aussie boys have been very quiet over the past year. Focusing solely on recording their follow up album there have been few live shows to brag about.

Now, in the summer of 2008 Wolfmother will make their long awaited return to North America  with a spot at this year’s Pemberton Festival. Playing on the opening night of the festival, Wolfmother will hopefully debut some new material for those in attendance. As an opening night band for Friday, Wolfmother will not disappoint. With this being one of only two shows for them this summer, the boys should be amped up ready to rock. Considering they’re traveling all the way from Australia just for us, we should be ready to welcome them on Canadian soil with a pumping fist.