Before every student filmmaker retooled their own version of their favorite song, most likely to litter YouTube, there used to be a caliber that one would reach when it came to directing first class, world renowned music videos. That might still be the case today, I don’t know because I can’t watch MTV or VH1 for more than five minutes without feeling the coming on of an embolism,  but for the most part, the idea behind the music video is a tired and bored medium. This is unfortunate, especially for downright creative talents like Spike Jonze.

If you’re not familiar with Jonze’s work, then you probably just don’t know who he is and what he’s done. Odds are most of you have seen “Buddy Holly”, the video that gave more character to 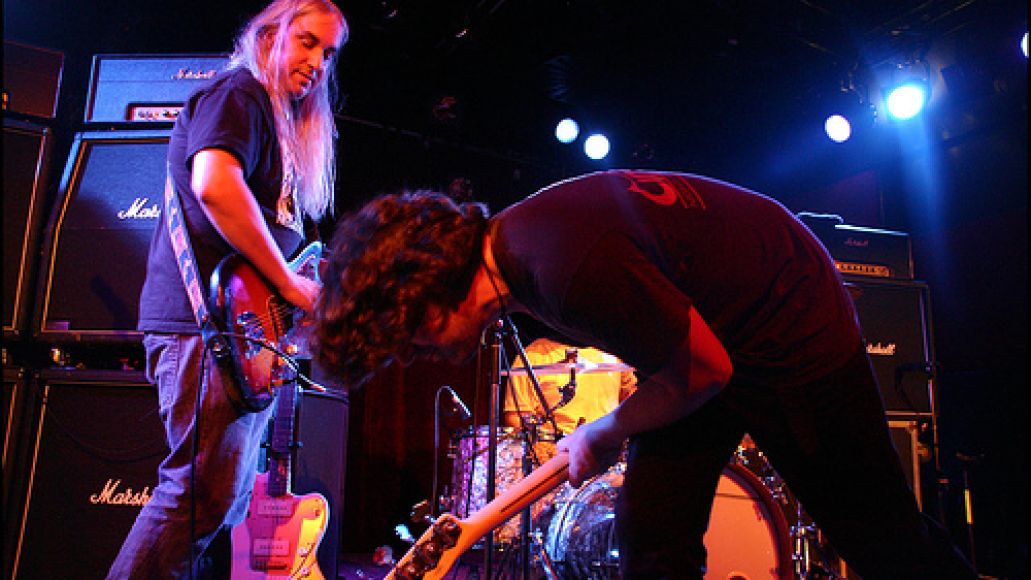 Weezer than its music ever did, or the Beastie Boys’s video for “Sabotage” that’s pretty much considered one of the greatest music videos of all time. Without a doubt, Jonze is a guru in collating music and imagery.

One fine example is his work with Dinosaur Jr. “Feel the Pain”, the band’s most successful single to date, found itself on its commercially successful album, Without a Sound (1994). With simple parallel bass and guitar lines, guitarist and vocalist J. Mascis put together a downer of a song that’s no doubt an anthem for an unspoken chunk of a silent generation, also known as Generation X. Once you consider the song and it’s lyrical content, the idea of creating a music video that’s both poppy and snappy seems more like a hurdle than an approachable project.

Yet Jonze, with his wit and sly knack for visual humor, satirizes the golf culture, bringing in a pair of nonsensical New Yorkers across the city to play eighteen holes. The idea itself is uncanny and imitated nowadays by pranksters and, unfortunately, fratsters alike, but that’s not the point. What’s more is that this is a spectacular example of taking something so simple and making it rather iconic.

Why is that lost today?