Tim Fite reaffirmed three things during his performance last night at Washington, DC’s Rock ‘n Roll Hotel. One, though his unique clothing style, crazed facial expressions, and silly dance moves say differently, he is one of the more down-to-Earth, sincere musicians you’ll ever meet. Second, the Brooklyn native is equally phenomenal live as he is recorded, and that certainly is saying something, considering Fite’s most recent effort, Fair Ain’t Fair, is an album I still tell everyone I know to check out. And finally, third, Tim Fite is more than a musician, he is an entertainer.

But then again, I found this all out the first time I stumbled upon Fite. Last August, I experienced the “man with itchy legs,” as he likes to be called, opening for Ben Kweller at a show in Charlottesville, Virginia. At first sight and sound, the 27-year-old musician appeared to be an odd choice to open for the folk-friendly Kweller. Yet as Fite made his way through a 45-minute set full of anti-societal raps, clever folk ballads, and occasional story telling, I, like so my other around me, transitioned from an initial state of sheer awe to utter enjoyment. Who would thought that this funny looking man, complete with his suspenders, long finger nails, and a single piece of long hair drooping down from his shaved head, was capable of delivering a performance full of not only musical excellence, but indescribable fun?

Unfortunately, whether by choice or not, Fite has neither received the respect, nor followin 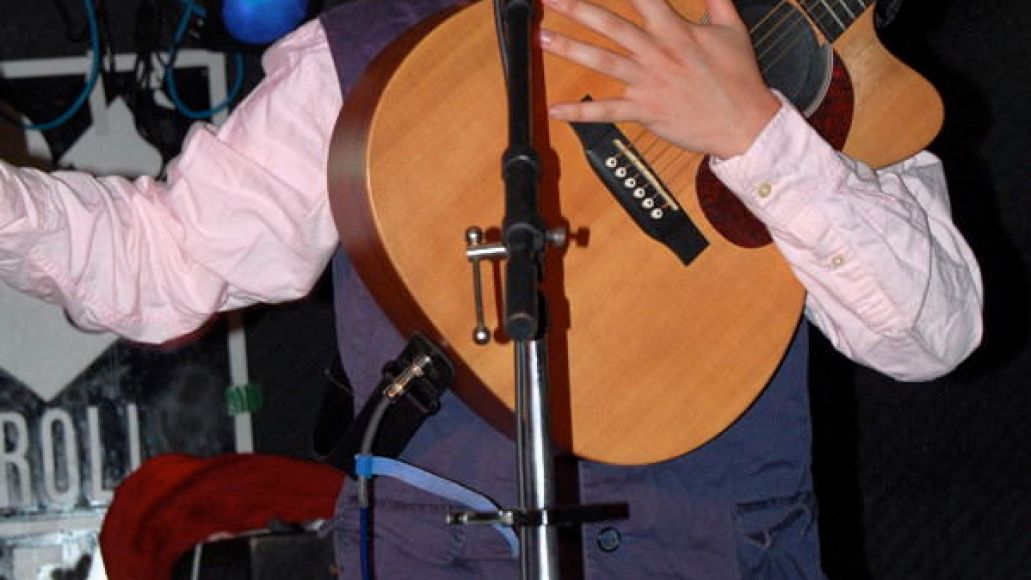 g he so very much deserves. Instead, as was the case in Charlottesville and surely every other show he plays, Fite walked into the Rock ‘n Roll Hotel last night as a relative unknown, serving as opener for The Watson Twins. After some quick mingling in the crowd, Fite and his brother Greg, aka “Doctor Leisure,” took the stage behind the backdrop of the computer generated sounds and a projection screen that would accompany the duo with humorous videos and pictures throughout the set. Aside from a select few, the collective response as Fite followed up an acoustic strummed opener with a vulgar filled rap, was confusion and head scratching.

But again, as he did with myself and the rest of the crowd back in August and so many other times before and after that, Fite’s enthusiasm and passion turned the confusion into excitement, head scratching into head bobbing. A venue-wide, forced game of “Heads Shoulders, Knees, and Toes” led to smiles, while a rendition of Fite’s anti-consumerist “It’s All Right” brought out laughter. By the time the Brooklynite played the overly catchy “Big Mistake”, the first single off Fair Ain’t Fair, he had once again earned himself a new crowd of fans, ones who after the set, raced to the merch table to pick up one of his albums.

Though just as it’s hard to define his style, it’s hard to know what exactly Tim Fite hopes to accomplish. He’s approachable and friendly, smart and funny, exuberating as much talent as any other blog-approved, fellow Brooklyn native. Essentially, Fite offers everything we look for in an artist – catchy sounds, sincere lyrics, and an engaging persona. Yet for whatever reason, whether because of his hodgepodge of sounds or “non-hipster” look, he has failed to earn the reception of the masses, instead forced with the task of building his fanbase each and every night with each and every performance. But then again, as strange as it may sound, that’s probably how Fite likes it. 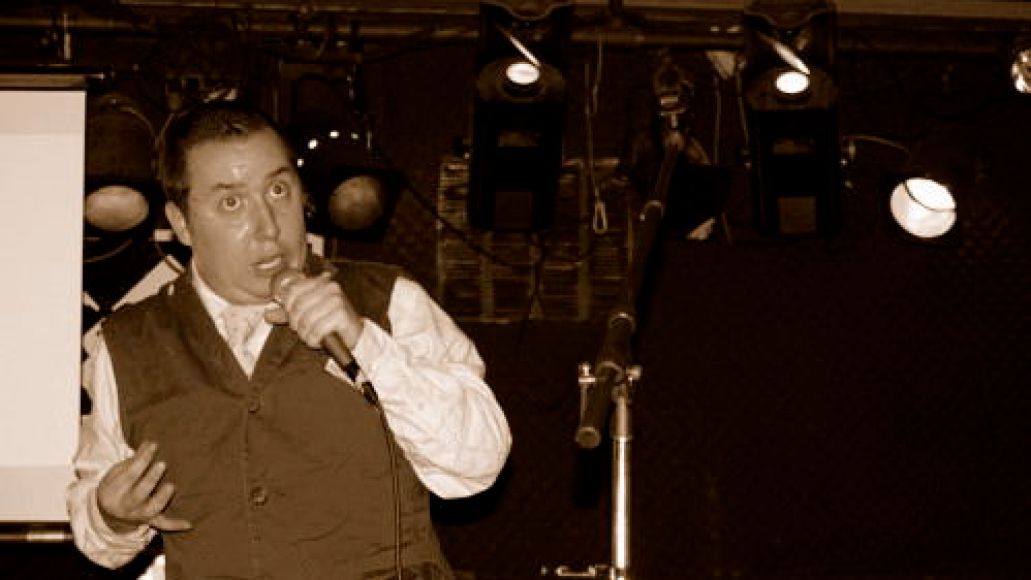 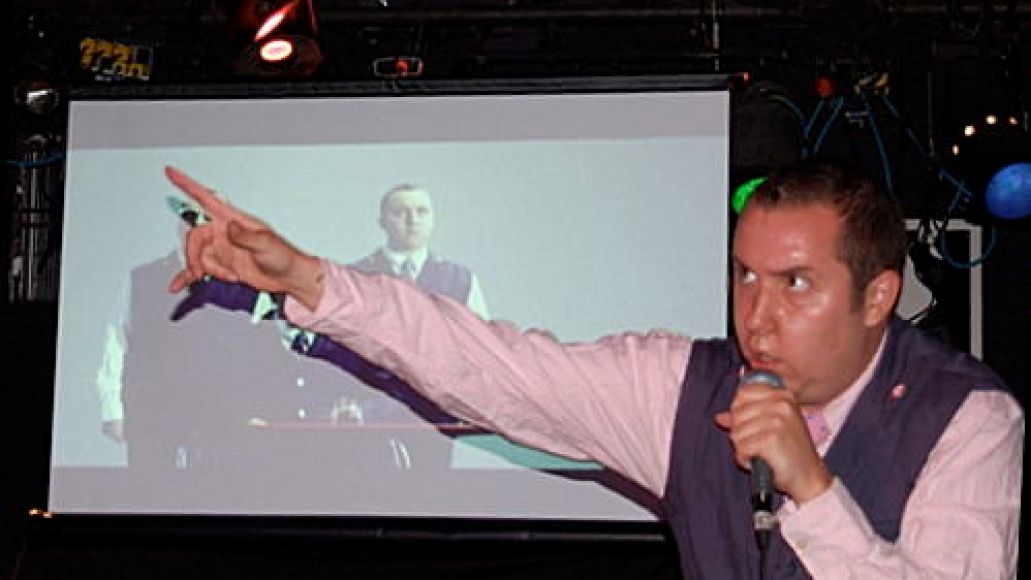 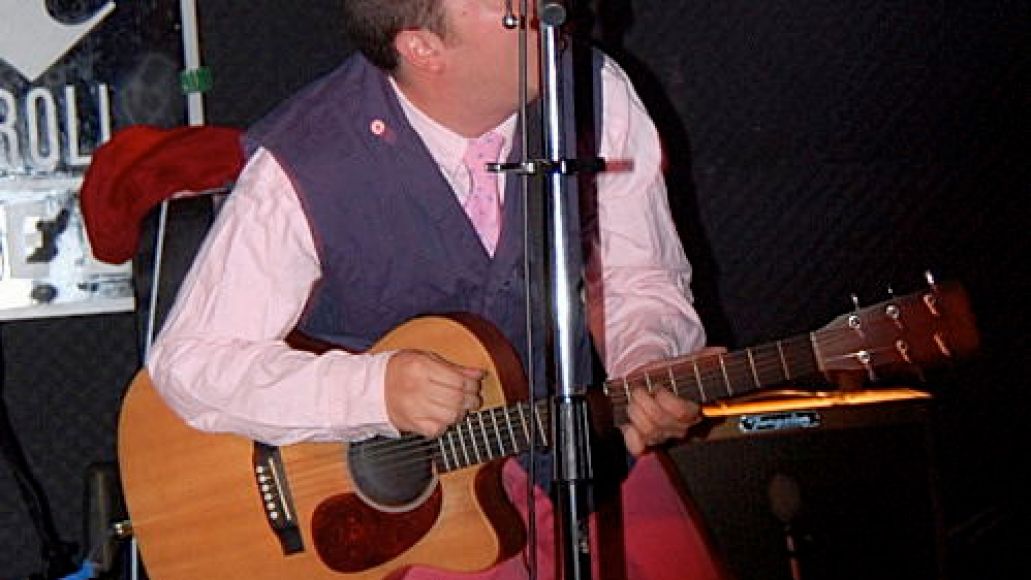 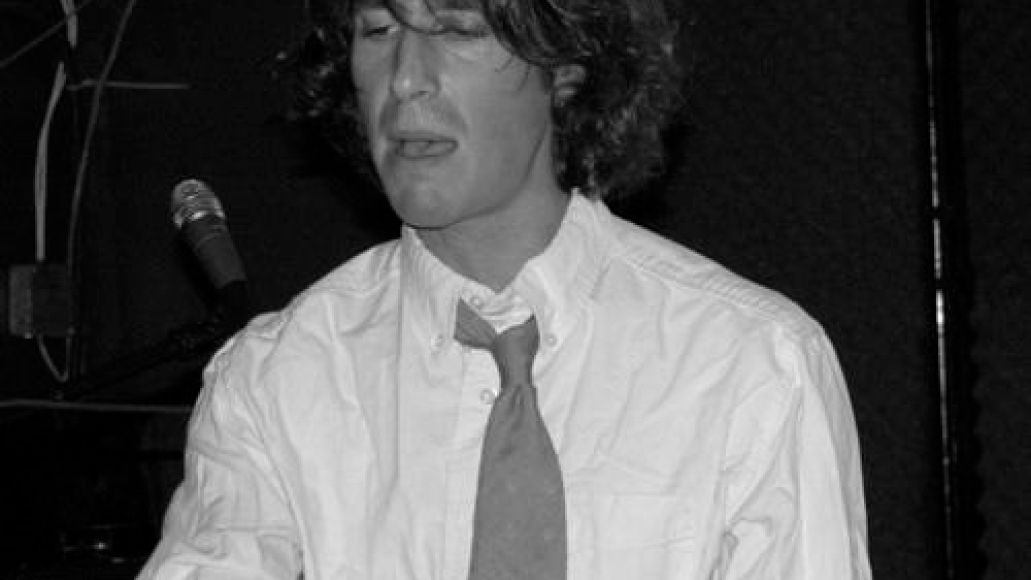