Now in its third year, the Virgin Mobile Festival at Pimlico Race Track in Baltimore MD has now made itself the premier festival for the mid-Atlantic region, and thanks to this years lineup, is now known for covering the pop-music spectrum. It was a beautiful weekend for a festival, as temperatures never got too hot, and a nice breeze kept up for most of the weekend. While the surrounding Baltimore suburbs were getting pounded with scattered thunderstorms, the festival managed to stay sunny and cool, making it a great weekend for an outdoor event.

At first glance of the schedule, I wondered how they were going to pull this year off by putting heavy hitters such as Foo Fighter and Kanye West on the south stage. In previous years, this was the obvious secondary stage, being that it was small and on a parking lot surface, but this year surprised me as they built it up and moved it onto the grass, creating a second main stage. This was an excellent move on the organizers part, and one that will help the festivals longevity. If that wasn’t enough, there were free rides provided by bike powered rickshaws, free water, and fun, free “swag” for recycling your waste that included jeans and even an iPod for those filling up the free bags they handed out. 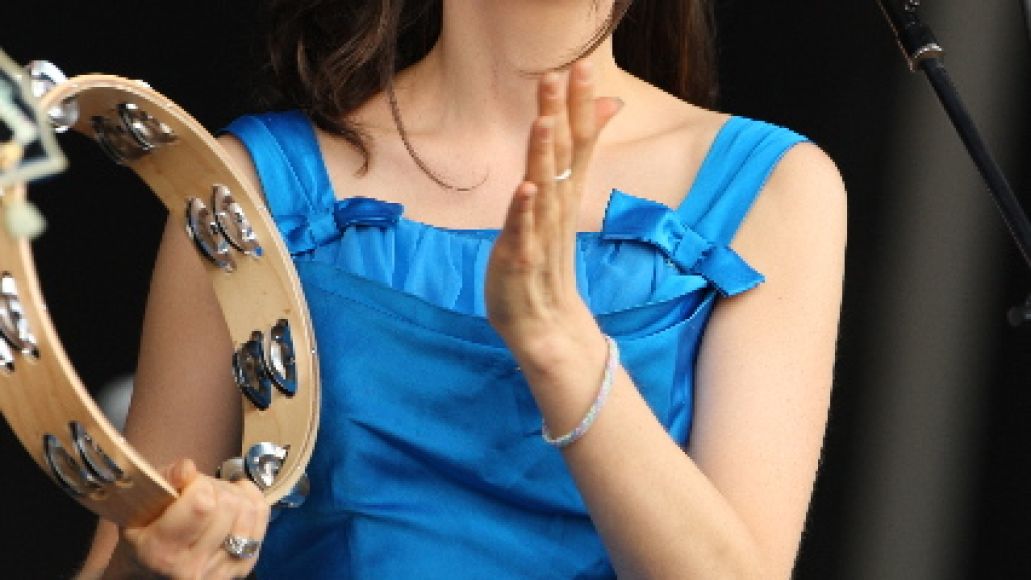 Before I continue with the music, I must digress first and call out the organizers on a major mistake. For the entire summer I have been recovering from a major accident that put me in a wheel chair until recently. Every concert and festival I have attended has been extremely accommodating, making the experience that much better, until this past weekend. I assumed that the festival would provide handicapped parking, but as I searched for it, none of the attendants had any idea what I was talking about. Even more frustrating, I had to pay $30 for a regular space as all the handicapped parking I did see had been reserved for those using the race track, not for those going to the festival.

Now with that off my chest… on to the show!

Saturday started off with the indie-approved sensation Cat Power and the pop rock of KT Tunstall. Tunstall sounded great as she belted out her pop friendly hits to a filled out crowd. There were sing-alongs and dancing to be seen as everyone woke up at the crack of noon. Cat Power experienced some sound issues as her voice was hard to hear in the beginning, but luckily things did clear up, providing a great performance.

Gogol Bordello knocked the energy up a notch as they delivered another classic set filled with wine spitting and bucket playing, with all their gypsy-punk fury. Swell Season was a nice surprise to see on the line-up, and the Oscar winners delivered one of the best sets of the weekend. Glen Hansard and Marketa Irglova harmonized and worked through sleepy, gentle piano ballads, but once it was just Hansard with his worn out guitar, his furious strumming and passionate vocals took over the set. Given the quiet nature of the music, you could hear Lupe Fiasco‘s beats on the south stage, at which point Hansard dedicated a Van Morrison cover to the rapper. The highlight of the weekend came at the end of the set, when Hansard’s mic was cut off. He took it upon himself to jump into the crowd, guitar in tow, and lead everyone in a sing along of Bob Dylan’s “You Ain’t Goin Nowhere”.

After Lupe Fiasco finished up, Bloc Party came on next for the last performance on its summer tour. The first mosh pits of the day broke out as they pummeled through their quasi-emo-dance rock, which sounded great and especially heavy. The most unique performers of the weekend were easily the Spanish guitar virtuoso’s Rodrigo y Gabriella. Their technique was as technically impressive as it was flawless. Their hands moved so quickly while strumming, it almost looked as if they weren’t hitting the strings at all. But indeed, they were, as they mixed lightning fast picking and strumming with guitar tapping percussion that had even the hardest of rock fans throwing up the devil horns. “Tamacun” closed out the set and left everyone amazed at what they had just seen. 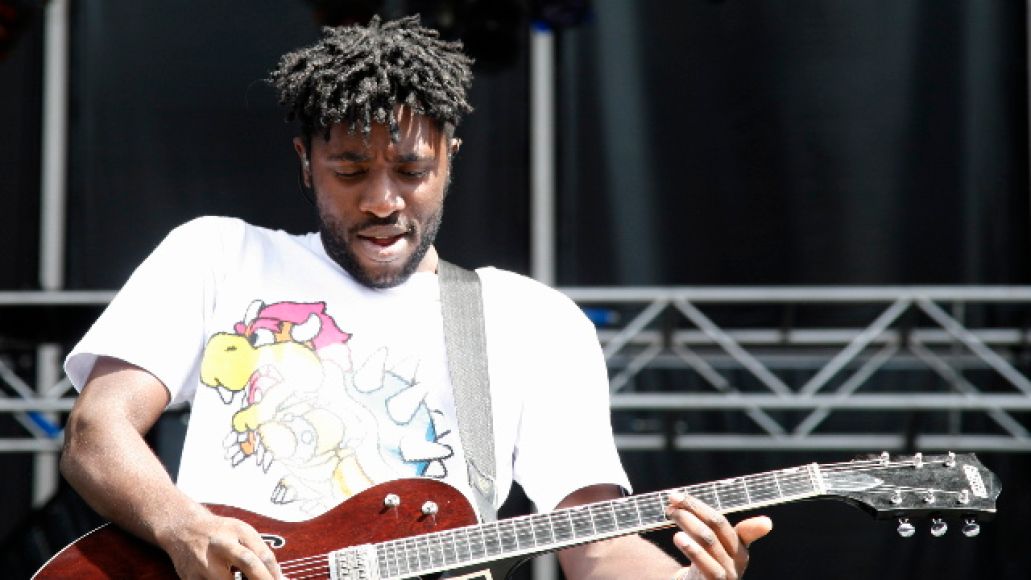 Citizen Cope mellowed out the festival with a performance that sounded much better in this kind of setting than it had the previous time he was in the area at the 9:30 club. Songwriter Clarence Greenwood rolled through much of his well known material, adding bits of built up intensity, then bringing it back down to the hip swaying, head bobbing melodies he does best. Keeping the north stage chilled out, Wilco came on to welcome the sunset and delivered a powerful set of tunes. As a long time Wilco fan told me afterwards, it was the best he had seen them in the area, as they were especially “on” that evening. After a breathtaking extended solo on “Impossible Germany”, it’s not hard to consider them the quintessential live band.

Closing out Saturday on the south stage was the rock of the mighty Foo Fighters, while opposite on the north stage, some enjoyed acoustic surfer ballads of Jack Johnson. For those looking to rock, Foo Fighters tore through their impeccably impressive set, opening with their recent success “The Pretender”. As always, the charismatic Dave Grohl knocked the audience out of their sweaty shoes with a set that covered all the hits. The surprise came when they broke into their cover of The Who’s “Young Man Blues”, solidifying that everyone within earshot could do nothing but rock out. Half way through, and after the extended metal-esque “Stacked Actors”, Grohl and company brought out the acoustic numbers with their expanded band, glazing through “Marigold” and the powerful “My Hero”. That didn’t last long, however, as the rock was brought back with the classic Foo hit, “Everlong”, and continued to finish the night with “All My Life” and “Times Like These”.

We had been rocked hard, and there was still a day to go… 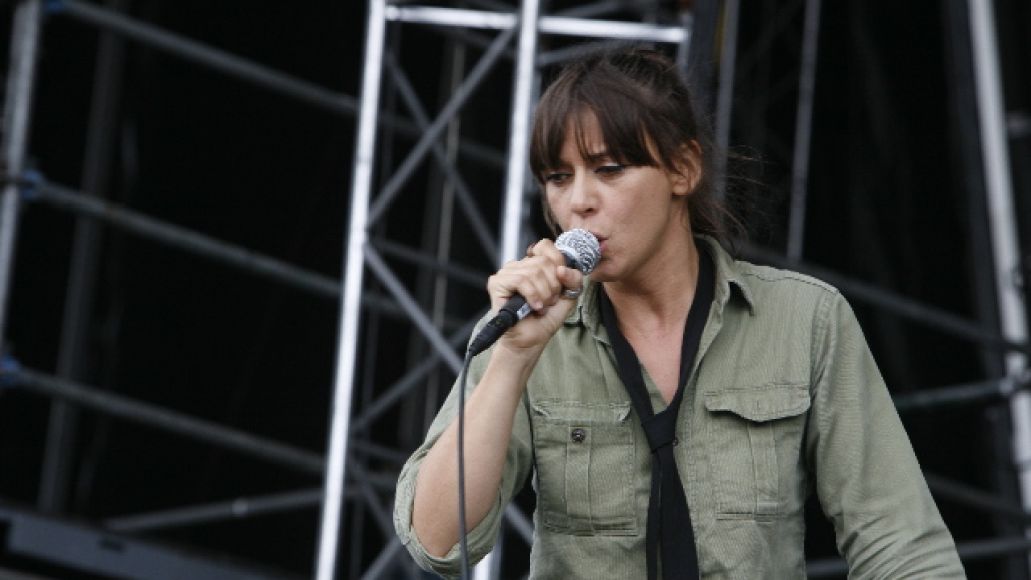 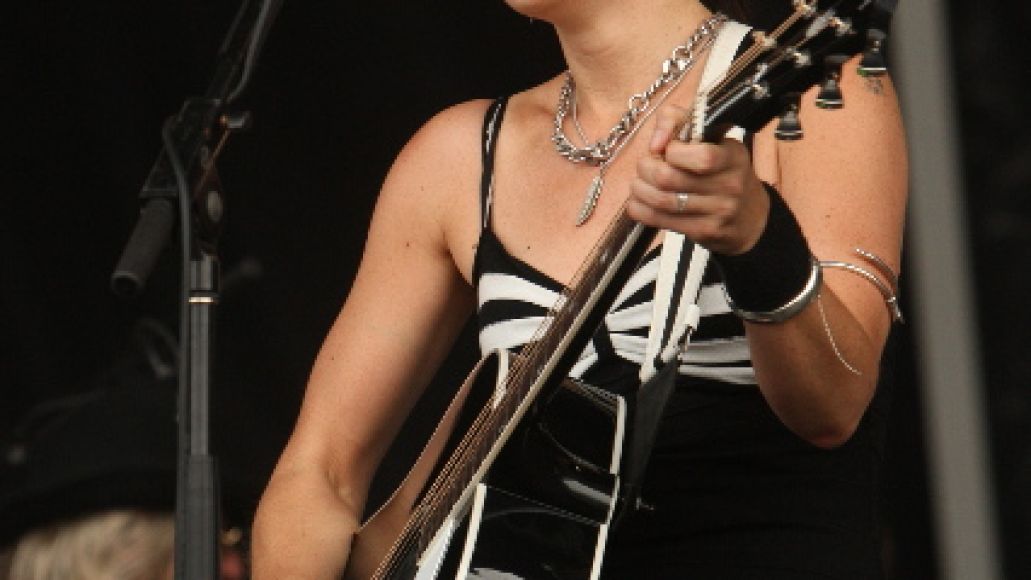 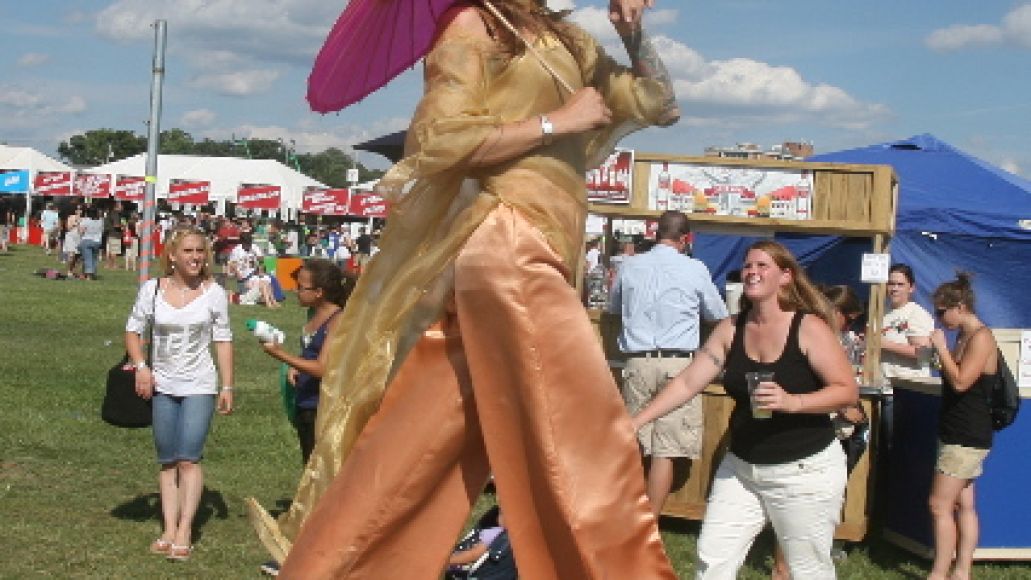 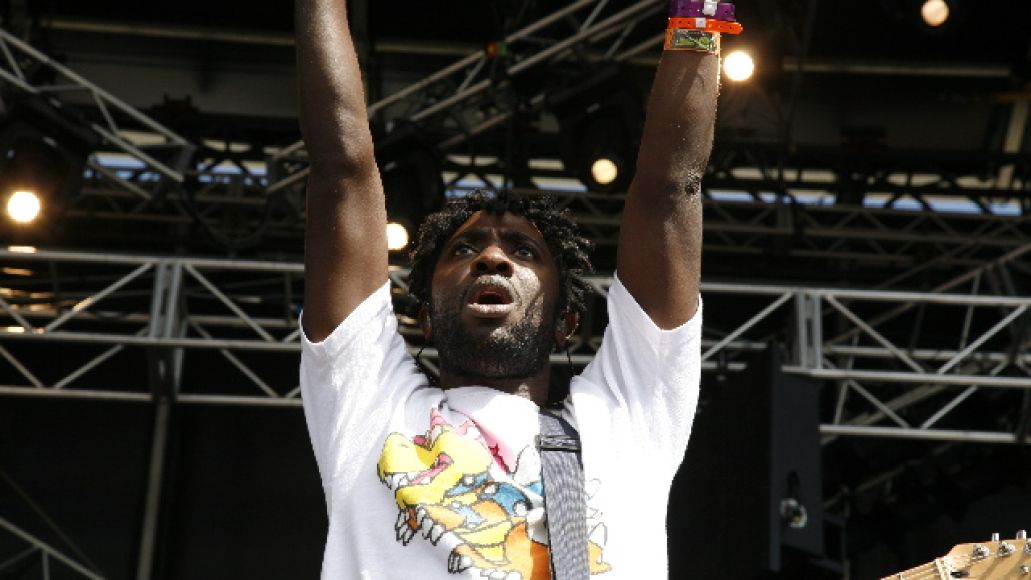 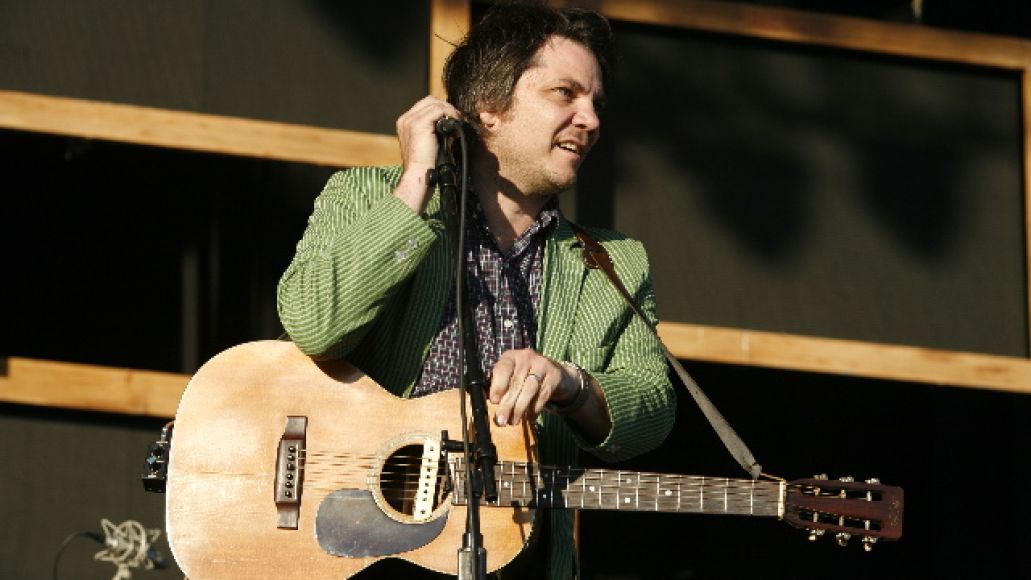 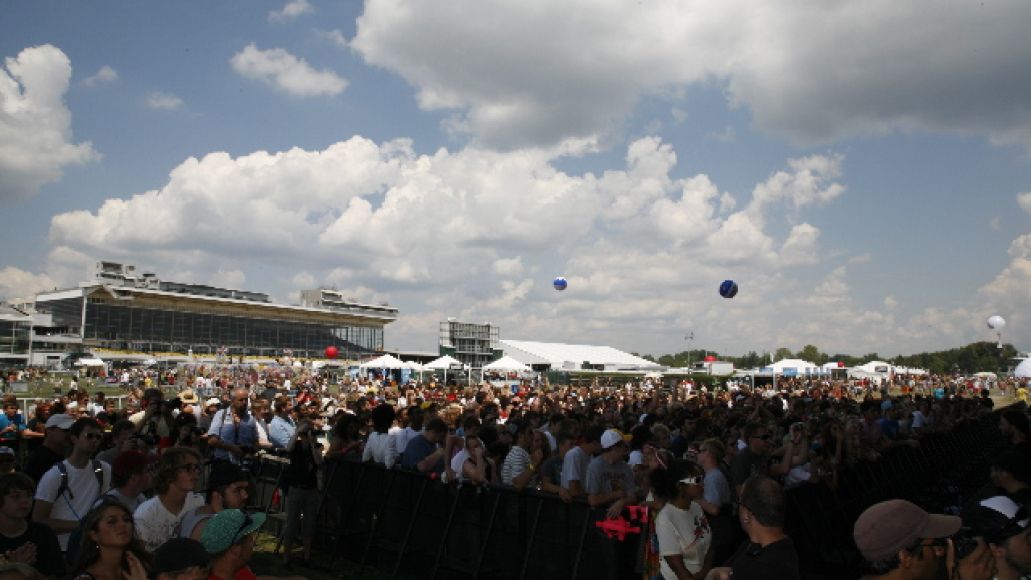 CoS at Virgin: Day 1