Every time someone gets in my car I’m always hoping they don’t pick up my booklet of CDs on the floor because there is that slim chance they’ll find out I still dig the Spice Girls. I can’t even begin to count how many times I have been made fun of for having Spice, but I just can’t help loving it. I think most people just don’t understand how much this album has influenced me. Spice and I, we go way back.

In 1996, the Spice Girls released their hit single “Wannabe” which was a huge success. I was ten years old. When I heard this song on the radio, I remember being filled with so much excitement I almost burst. From that day on, I drove my mom nuts singing, “So tell me what you want/what you really really want/I wanna I wanna really/really really wanna zigazig ha.” 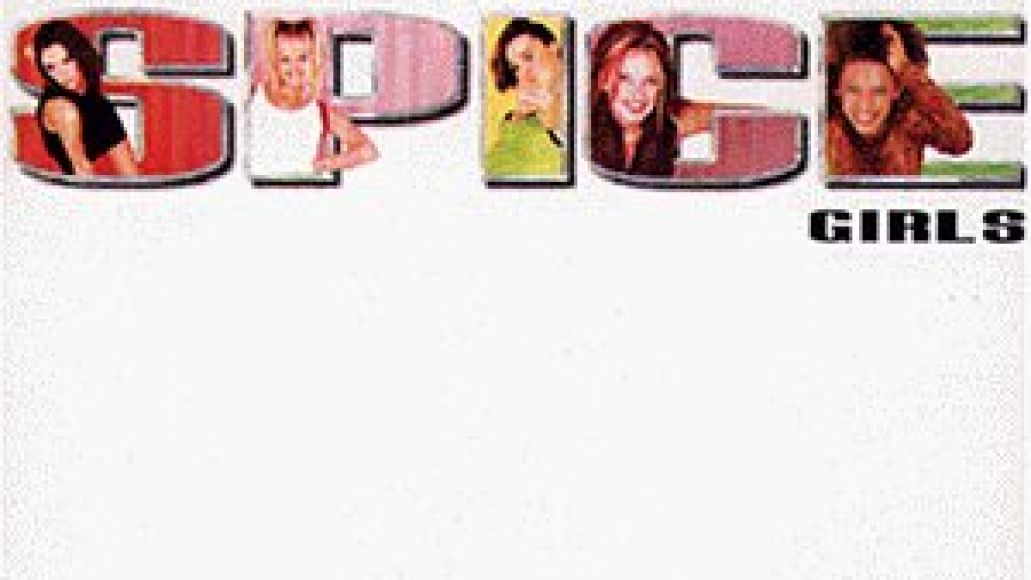 Honestly now, I still have no idea what they really meant lyrically here, but in ’96 I was just caught up in the fun of it all. And so was everyone else. The Spice Girls were all the rave and critics even compared their success to of all people, The Beatles.

In the mid-90’s the Spice Girls were everywhere. They even had little vending machines where you could get Spice Girls stickers for a quarter. Of course the girls were always dolled up in their ridiculous, but sexy outfits and I remember thinking to myself “Wow, they are so beautiful.” I wanted to be just like them. So yeah the Spice Girls became sort of a role model for me, which can’t be all that surprising because well every 10 year old girl wants to grow up and be pretty, it’s like all we thought about. Then they released the video for their second single “Say You’ll Be There.” And you thought I was obsessed before? Sporty spice had freaking ninja stars and Ginger spice was shooting bottles with a laser gun! How cool is that! At this point I was so in love with the Spice Girls I couldn’t see myself living without them.

A year later the Spice Girls put out their second album, Spice World, which was also extremely successful. Then in 1998, Ginger Spice left the band. I remember being so depressed that day, because Ginger was the star of the group. The Spice Girls split up a couple years later to pursue solo careers after releasing Forever, without Ginger, which turned out to be a major flop. And so the Spice Girl phenomena ended; but not for me.

Spice may have taken the backseat for awhile as I grew up, but it was always there. After a little hiatus, I’d pop it back in and immediately wonder why I hadn’t been listening to it more often. They are just so much fun! The whole album is filled with such high-energy it makes you want to get up and dance and shout out loud without a care in the world. It’s like being a kid all over again.

A large majority of the songs are about relationships and hookups, but the way they talk about them just cracks me up. Take “Naked” for example, the entire chorus features (is it Baby Spice?) bellowing out “Naked” over and over again. The song is about wanting to open up and share your feelings, but the way they yell “Naked” at you just makes me giggle. That’s probably the 3rd grader in me, but I dare you to listen to it and not laugh. The album also features songs like “Who Do You Think You Are” and “If You Can’t Dance” which are quintessential 90’s. They basically create a contemporary disco and you have no choice but to get up a groove with it.

It’s hard to say why I like this album as much as I do. The music is extremely catchy and uplifting, but it’s nothing innovative, right? Sure the Spice Girls accomplished more than any girl band ever before and at the time they were the most well known individuals since John, Paul, George and Ringo, but that doesn’t change the fact that they fed us radio pop. Radio pop aside; I’m quite convinced that if anyone sat down and listened to the whole album, they’d realize just how entertaining Spice can be. So if you are looking for a care free night at home, but you still want to wear your dancing shoes pop in Spice and see where it takes you. You might even have a little fun yourself.