A few weeks ago, I was lucky enough to speak with Dave Rennick, a member of Australian outfits Dappled Cities and The Curse Of Company, a band we featured in a “Listen” piece some months ago.  Since the time zones put him early in the morning and me at mid-afternoon, I tried my best to keep this simple – after all, I’m no morning person either and I can totally relate.  The irony here is that he seemed to enjoy these non-straight questions so much, he elaborated on his own.

David Buchanan: A lot of people here in the states aren’t familiar with Curse Of Company or the other previously mentioned bands.  Do you guys plan to tour the US anytime soon? 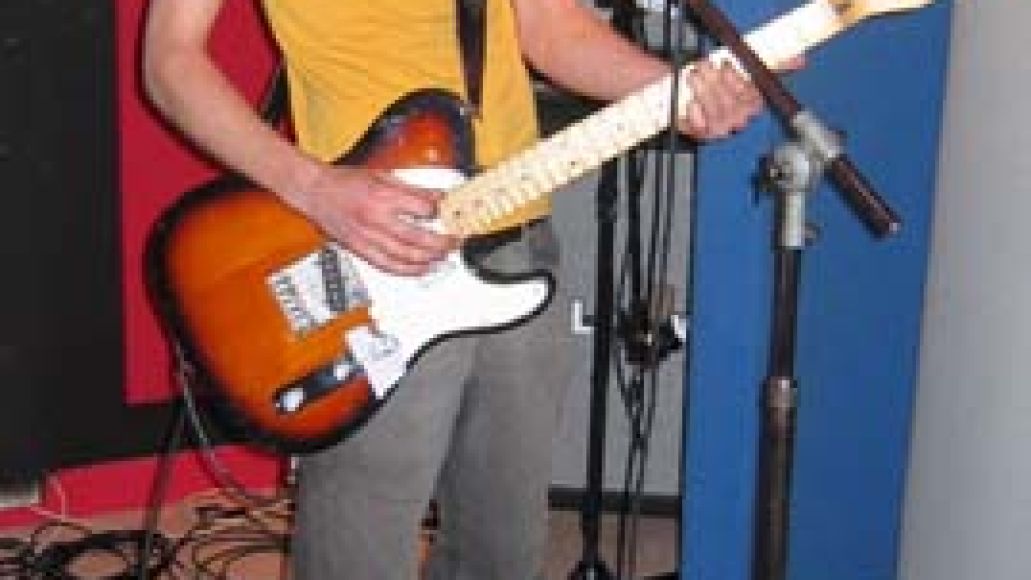 Dave Rennick: Honestly, we’d love to visit the states.  So many others have recorded there, and we’re open to suggestions of “Hey, let’s go THERE!”.  It all depends, really.

DB: What do you think this band brings to the table that Dappled Cities or Jack Ladder didn’t?  Did you try anything new?

DR: Well, we didn’t want it to be your stereotypical side-project.  We wanted an entirely new entity, and we got that.  Between adding layers of 80s synth and storytelling, we thought 8 songs on an EP would keep the theme and tell the story.  I was always writing abstract stuff about myself [with Dappled Cities], and this was a chance to explore new territory.

DB: What is the one thing you hope to gain with this interview?

DR: I’ve been talking about the same band for years now, so it will be refreshing to promote something new for a change.

DB: What is the one thing you’d like to tell our readers about Curse Of Company, and what advice would you give to anyone wanting to become a musician or songwriter?

DR: Everyone here has straight Australian press, wanting to know my favorite colors.  If I had to say anything, with Curse Of Company, you shouldn’t read too deeply.  It’s a spaced out, but not trippy record…no crazy changes or metaphors.  Everything is right there for you!  As for advice, I’d say don’t be afraid to develop what you’re doing – too many artists seem to divert from their morals.

DB: Who inspires you most as an artist?

DR: Grunge acts of the 90s in the United States, mostly – though right now it isn’t as obvious.  [Curse Of Company] is more Neil Young or The Beach Boys, I suppose.

DB: Lots of new artists are getting signed left and right, and some stick around while most don’t, but people keep asking for more.  Why do you think people are taking such an interest in new music these days?

DR: I’m positive it’s the internet.  The instant gratification, being able to access whatever they want.  Lack of censorship also tends to peak their curiosity, as well as satisfy it.

DB: Where do you see the independent music industry heading in the next few years?

DR: I’d like to see it to become more independent in the true sense of the word.  There’s a trend with ti right now, and artists follow it still.  Underground bands can be rank, as well as the corporate music scene if they don’t have the passion and gall to try something new or be themselves.

DB: Any bands you’d like to shout out for us to look up before we say goodbye and you go back to sleep?

Interview: Dave Rennick of Dappled Cities & The Curse of Company