It’s been two months since New Jersey indie rockers, Silver Jews, released their sixth studio effort, Lookout Mountain, Lookout Sea, and things couldn’t be going for the Tennessee outfit. After all, in the wake of the album’s critical acclaim, the band even opted to begin touring again. Yet, in spite of such a busy schedule, band ringleader David Berman had a moment to recently sit down and discuss all things Silver Jews with our own Nicholas Comney. Considering we’re pretty big fans of the new album, this interview was an absolute treat.

CoS: In the encased booklet of Lookout Mountain, Lookout Sea (LMLS), the pieces of paper in which the lyrics were written are all placed about memo sheets for hotels, inns, sleeping car ports, and railroad companies, with only a few exceptions. Is there any significance with this, in relation with the album or is this simply a stretch of interpretation like abstract art analysis?

David Berman (DB): I guess I was trying to put a third level in there. A sort of apparitional narrative of the journey of writing, I felt I had passed through over the previous six months. Half of the pieces of stationary I had collected over time, but I bid for a lot of them on EBay to get the right places on the globe.

CoS: Where did the inspiration for the album cover art derive? It’s like Babar on the palisades.

DB: It’s by Stephen Bush, an excellent Australian painter I am a fan of. Its title is the “Lure Of Paris.” Babar has been thrown into a heroic setting. We are kind of like stuffed animals, unaccustomed to nature in our air-conditioning. We don’t want to get splashed by a wave.

CoS: Could you discuss the narrative origins for the tracks “Aloyisius, Bluegrass Drummer”and”San Francisco B.C.?”

DB: “Aloyisius, Bluegrass Drummer” got noted somewhere as a good character name. The whole idea of a “Bluegrass drummer” being a paradox, in itself, representing the Null set, stood for the certain worthlessness, to society, of a teenage boy’s opinion on any matter at all. “Brick Butterfly” is also paradoxical, managing to convey a sense of her obesity, and her, perhaps, loveliness in the eyes of a teenage boy, but also the associations of a thing that flutters and displays itself, as a butterfly is always performing in a motion pasture theater. I was thinking about young dishwashers down in the shadows of the Blue Ridge Mountains. Not allowed in the bar, regarded as a “Kid” by the wait staff.

CoS: Continuing this track-list talk of LMLS, I’m curious, was it difficult creating the parallel of sliding pain and confectionery pleasure in “Candy Jail?” I mean the lyrics “I came all this way to see your grave/To see your life as written paraphrased/I have had tried be it is written in the furnace of affliction/This is what you couldn’t face” are beautifully worded, wrapped up and offset by lines that reference “Peanut butter bunk beds and marshmallow beds.” When I listen to it, all I can think about is some tragically brilliant writer playing Candyland, while he/she inks in genius, in between turns. Didion meets Lord Licorice.

DB: For a couple months I would say, “What is the candy jail?!”, out loud at moments of being fed up with bad answers, really emphatically.  I had the chorus but I couldn’t contextualize it.  I went back and re-read Bartleby the Scrivener, having never forgotten the narrators comment “nice grounds, cool apartments” in 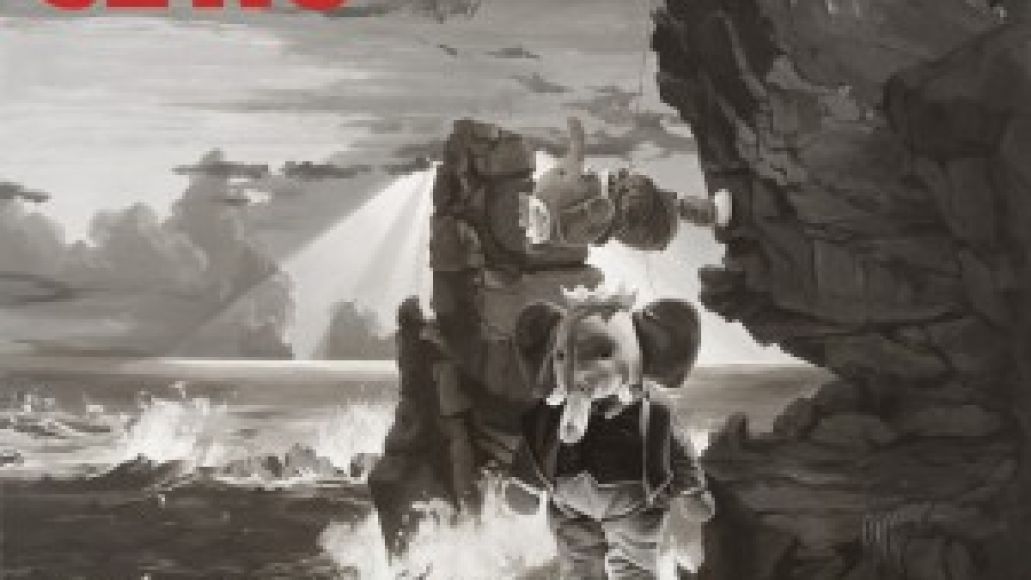 describing the Tombs. It was really the word “grounds” that brought the concept home. Once the guards, the warden and landscaping had been brochured I was able to go on write the verses.

CoS: I find it interesting to discover how the writing process of other artists works, since there is so much variation in style and overall delivery of content. For you, how does this practice bloom?

DB: Step one is I make a song egg out of a chord progression and a lyrical line. This is where you need to find that magic combination. You want the best genes for the rest of the song to emerge from.You can either start with the music or the words. But you are looking for a two exceptional partners. If you start with the music first it can be more difficult. You get a lot of forced-sounding stuff. So just for that original coupling of music and lyric I like to start out with the lyric. Either way, once you get to cook that egg to make a chorus or a verse, you’re going to need more words for the rest of the song. So you end up searching for words to fit music in step two anyway.

CoS: Being a writer by nature, as well as by major, you know that the best ways to grow in this craft is to read extensively and write even more. What books, if any, influenced you on the recording of LMLS? Are there any other works that are consistently prevalent in the undertones of your writing/music, as a whole?

DB: What I hear are the undertones of Transcendentalism and Pragmatism.

CoS: What was the framing mindset like for LMLS, as you entered the studio? Did you go into it with a preset idea for the album and the general direction you wished to carry it or was it a more shoot from the hip type thing?

DB: I knew I was going to lay the foundation and build the skeletal structure. Do the wiring. But the blueprints stopped there. The page with the walls and doors and roof and windows never got drawn. So I put a tarp on it and went back home and did more rewriting. 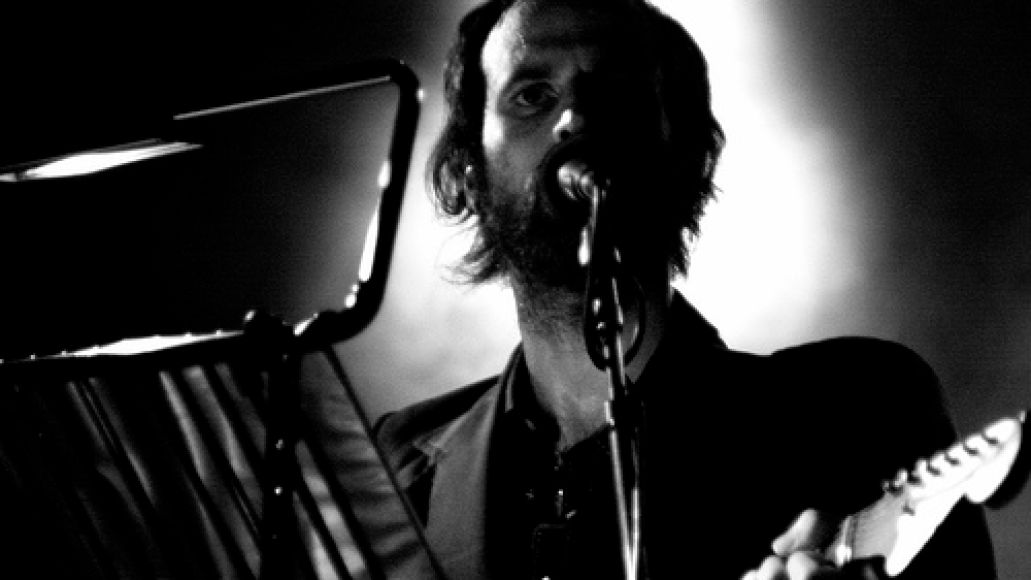 CoS: Compared to the lyrical content of other recordings, the words, as well as the sound of the new album, seems to have a more positive and wholesome quality to it. Is this sense of optimism reflective of your present state? Has David Berman finally found contentment? Maybe even God?

DB: Like I said in the song, I’ve just seen God’s shadow. A real believer, a real Jew is with God all day. So I’m not humble enough to be content. I am grateful though. I’ve been rating my EEE (Earthly Existence Experience) as FOUR STARS since 2005.

CoS: When I first listened to LMLS, I had difficulty getting into it, as it played in the background of a car ride home one night, but after I sat down with it over the following days in a more a focused setting, I felt like I had finally gotten it. It had finally made sense to me. The music had become something new and completely different in this concentrated state…

DB: I really noticed that in general. Something about our music does that to people. Luckily you kept trying. Most people don’t. I hope they’re not flooding the used stores like Icicle Works LPs used to.

CoS: Do you find it difficult in keeping up with yourself? People have labeled you the next this, the next that, but does this third-party branding, ever make you think that “the following lines I write for a song or even a poem, have to meet these outside standards, since the art is clearly beyond myself, now?” 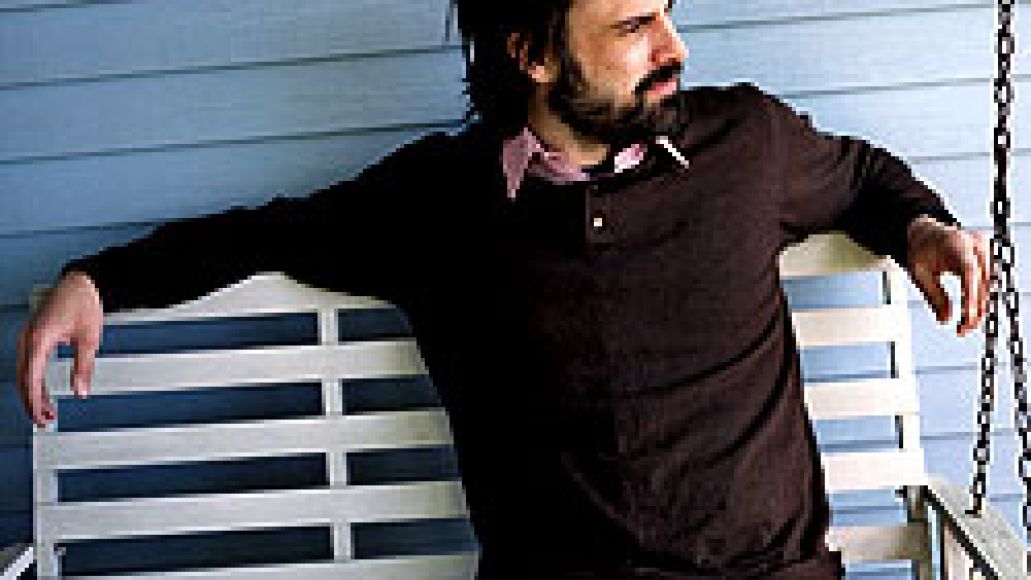 DB: I think for most bands it’s a “want to” instead of a “have to.”  More than ever, bands want to play ball and make the adjustments necessary to become a high grossing musical act.

CoS: Why do you think people align the art of contemporaries with those of yesterday? Doesn’t this limit the potential of the work? Could it be sort of a false comfort that the audience tries to justify with the times, so their sub-conscious attempts at escapism, can feel just a little bit familiar; thus, more of their own?

DB: Sure. Everyone wants his or her own version. Like franchising which promises uniform food quality from place to place, there is a certain pretty goodness to more bands than ever, but the sheer amount of music seems to lower the value of any individual song.

CoS: How does it feel working within an idolized career? Even now, I ask you these questions, trying to gain insight into who you are as a person/musician, so the intrigue of our readers can be satisfied, even though they’re merely strangers to you.

DB: I was already thirty-nine years old when I first put myself as idolize-able . If I’d been younger it would have ruined me.  I’m not planning on turning into the new all-year model rock band.  No more sabbaticals!

CoS: Following this line of consumer admiration, what’s your take on the whole Hannah Montana phenomenon that’s occurring today? Who do you think is being exploited more, through this overblown commercialization?

DB: I just refuse to recognize her celebrity. Also the Olsen twins. They are truly nauseating.

CoS: Maybe it’s just the music businesses’ cure for a failing industry.

DB: The remedy is always bitter. 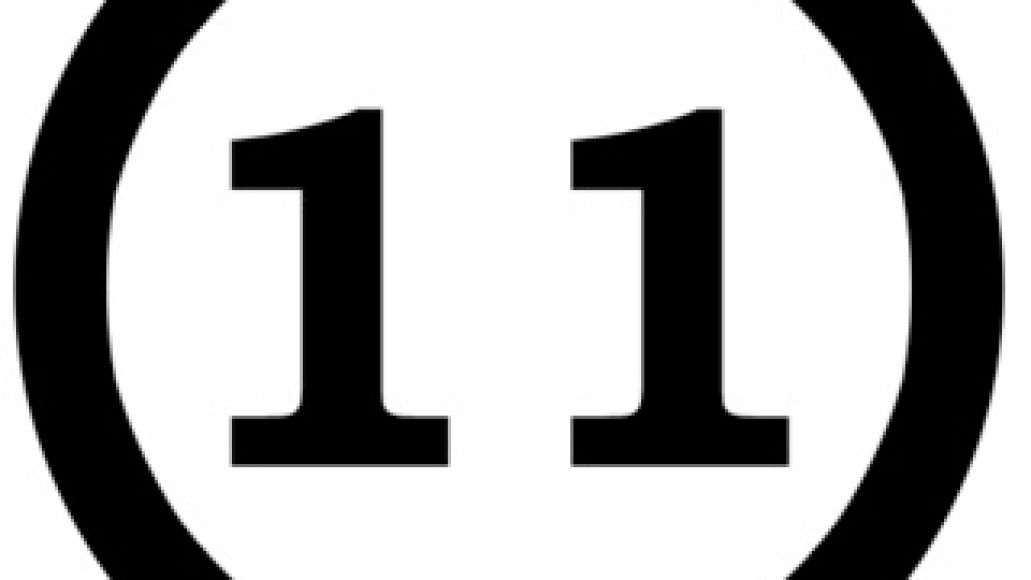 And as an extra bonus, we got Comney’s “11.” Essentially, eleven handpicked questions that are a little more personalized than the standard interview. Looks like Berman’s the first casualty.

“Throw me the balls, sir.

I will catch them on my nose.

2. When trying to escape, I confide in… “the State’s witness.”

3. If I weren’t a musician, I would be… “The caretaker of an obscure monument in the Dakotas. ”

4. The albums I presently have on rotation are…

B. Shlomo Carlebach –Live at the Village Gate

5. My most memorable concert experience is… “Dinosaur playing their first European show ever in Amsterdam in 1987. It was my first night in Amsterdam and I was only  at that particular club to buy space cakes. There were perhaps only 25 people there.  You‘re Living All Over Me was just out.”

6. If I could collaborate with anyone, it would be… “Tim Hardin, but I would be Oates.”

7. Not many people know that I… “am estranged from my father.”

9. I find myself oddly terrified of… “a giving bad directions.”

10. If I could time travel to any point in time, I would… “decline the opportunity.”

11. My philosophy of life is… “The world is a narrow bridge. The main thing is not to be afraid” –Rabbi Nachman of Bratzlav