Eric Tischler has been around the D.C. indie-rock scene for some time now, having put out five albums with his previous band The Hurricane Lamps. After the break up of that project, and some shuffling through band mates, The Jet Age was formed. As it’s founder, writer, and front man, Tishler had a lot to discuss about the new group and their brand new record.

CoS: Who is in the band?

CoS: Can I get some background on the band and it’s name? 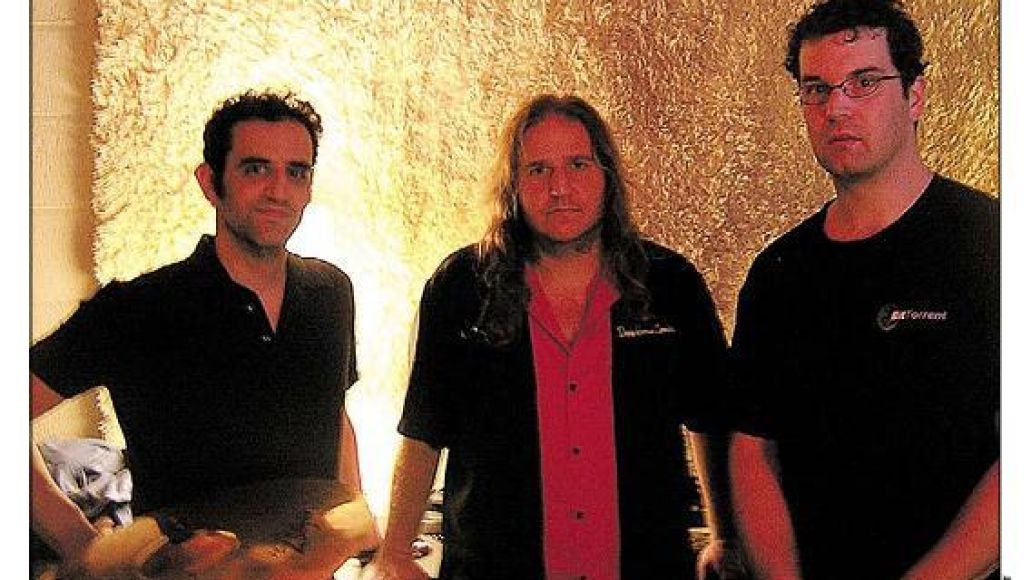 ET: Greg and I were in the Hurricane Lamps together, and after the last tour, the band broke up. I asked to keep the name, but they rather I didn’t, and so I came up with the Jet age, and that was fine. I picked up a Hurricane lamps fan Dave Meyer who played bass, and he had a friend, who is Pete, to play drums. I had this new band with a new name, but then Dave moved to Colorado right after our first show, and by then Greg was ready to play again. Since we had already played our first show and The Jet Age was a better name anyhow, it didn’t make sense to go back to the Hurricane Lamps. And Pete was such a better drummer than anyone we had in the Hurricane Lamps; it just felt better to us.

CoS: Who are your major influences for this band?

ET: Um…The Who..haha…There are a ton of influences, The Who and The Moody Blues are who my early favorites would be, and then bands like Ride and Swervedriver sort of showed me the way to make contemporary music that I liked. They showed me how to transition. And I am omitting the Wedding Present but not because they weren’t an influence. I am actually good friends with them, and people say that we sound alike, but I discovered them late and it turned out that Dave and I were sort of these kindred spirits so it is merely a coincidence, and I feel like I have to address that because lots of people make that connection.

CoS: The title of the new record is interesting. Where did that come from, and what is the meaning behind it?

ET: Yeah. *Laughs* It’s an old expression, but I forget where it comes from. Basically it stems from WW2 when so many people were involved in the war, and people would ask what did you do in the war today. And so I misappropriated it by applying it to an actual father in a story, and the question really is, what did I do during the war? I am a father, and so I am asking what did I do during this war that we have going on, this war that I disagree with and what have I done to stop it, what can anyone do to stop it. That’s kind of the meaning and it snowballed from there. The record is asking what should we have done. What should we do when our country makes choices you can’t live with?

CoS: This is the bands second record, so what was different this time around in terms of production and writing.

ET: The fact that there is theme is different, the fact that it tells a story pretty explicitly where as the last one didn’t. And beyond that we are just a better band, and I know who I am writing for.  With the first record I had already written half the songs before Pete came in, so I didn’t know what he would bring to the table. Now that I know him I think I am writing more to him, he is kind of my dream drummer so I now write with him in mind. As the writer I know who my band mates are and so now I am writing more to our strengths.

CoS: Any new news?

ET: We just finished a tour, and will play a couple more dates on the northeast in the fall. We will mostly be working on the material and that will be the focus of next summer, mostly writing new stuff.

CoS: When can we expect to see new stuff come out?

ET: We talked about wanting to have a single along in the fall, not a full record, but a track or two.

CoS: Who would be you dream tour mates?

After the interview, we walked over to the Back Room at the Black Cat, where they would be closing out their tour to a room filled mostly with friends and mid-week bar goers who happened to catch a glimpse of the band. We continued to discuss who would be fun to tour with, and I wish now I would have mentioned Apollo Sunshine. I tend to go blank in those “on the spot, name a band” situations. We also got into our issues with festival organizers and the ridiculousness of Hollywood Undead.

After listening to their records, and seeing them live, it amazes me that they have not gained more of a following. During the performance, Tischler told the story of the new record perfectly adding little comments between songs to link it all together. You can hear every one of his inspirations in his playing as he blazed through catchy power rock that should have propelled them into something more than a bar band that night. Alas it did not, and the struggles of being an independent musician continued. I must say however, they deserve so much more.