I don’t know what it is about the UK, but they make some of the finest music I have ever listened to. Maybe it’s the cold, the boredom or even the soccer, but it does something to these artists that other artists elsewhere just can’t seem to grasp or understand. When America has a track record with the likes of Fall Out Boy, Gym Class Heroes and Hawthorne Heights, it’s hard to really compare; however, the UK did give us The Sex Pistols, but even that band deserves credit. To say the least, the music that comes out of our “neighbors across the pond” just does it for me. I can’t get enough of it. So to add to this obsession of UK acts, and there’s a long list from The Beatles to Zeppelin, comes yet another addiction. One word: Blueneck. 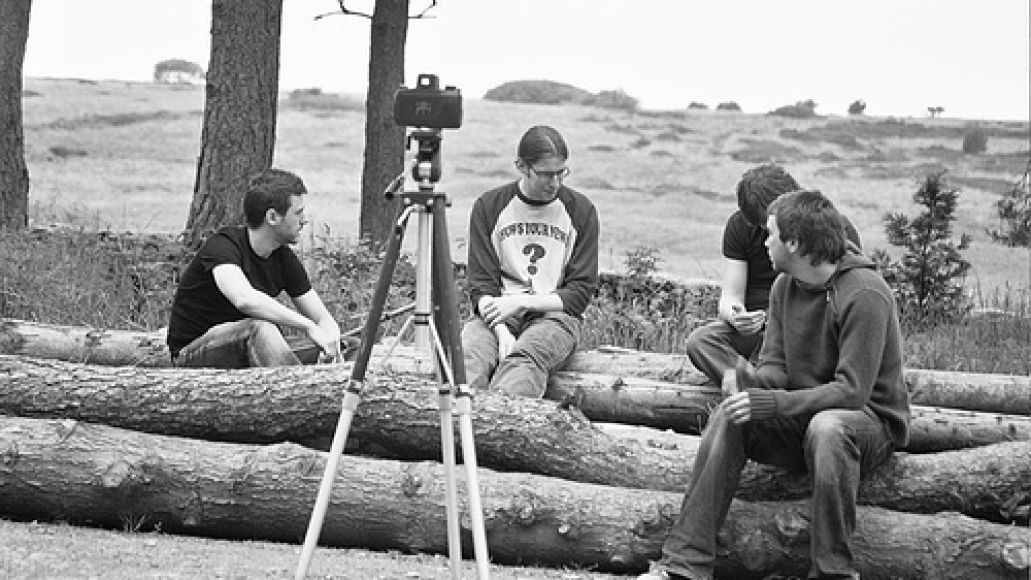 Blueneck, which is also a slur used against the most radical hardliners of the Quebec separatist movement, is a group that’s neither signed nor has an extensive fan base. What pulls my ears to its music is the band’s vast sound and shape; it wallows and wails through every chord progression and leads like a marching band. Oddly enough, this band touches the brim of indie while going full front into the world of alternative music, sounding much like Mogwai, Radiohead, and Portishead. To summarize, this isn’t exactly your “typical” rock band.

The Bristol natives formed in early 2000 as a four piece, that being Duncan Attwood, Ben Paget, Johnny Horswell, and last but not least, Ben Green. Sooner than later, the four decided they needed more structure and melody, and with this, they added Michael Maidment. Apparently, while dropping live acts with bands such as Aereogramme, Crashland, Cult of Luna, i like trains and Thirteen Senses, Blueneck stuck close to the studio to not only finish their 2006 debut album, Scars of the Midwest, with producer Corin Dingley, but to also evolve its sound- and from what I have heard so far, that being “Oig”, “le465” and much more, I’m quite impressed.