Ever wonder what happens to the bands that win your local “Battle of the Bands?” For most, it leads to a nice prize check, a possible opening for a semi-big act at the venue, and/or fifteen minutes of fame. For one lucky group of musicians, winning the Ernie Ball Battle of the Bands made way for international success. After tearing through SoCo venues with their catchy tunes and memorable lyrics, San Diego based My American Heart was launched onto the national scene with winning their spot as headliner on the Ernie Ball Stage for the 2005 Vans Warped Tour. Apparently the nation liked what they heard, as they were soon added to the Taste of Chaos Tour and even headlined a MySpace tour in the fall of the same year. Shortly after, still in 2005, the band of 16 year old’s released their debut album, The Meaning in Makeup. 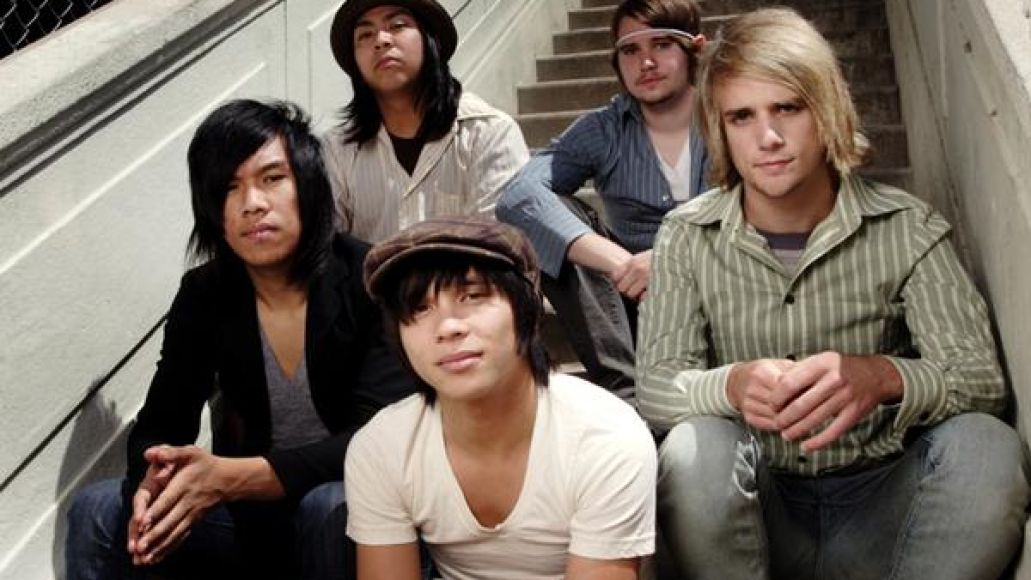 So what makes this band any different from any other San Diego pop-punk/alternative act? Well, not much to be honest. Although the band do offer a variety of memorable lyrics that never leave your brain. It’s undeniable how strong their writing and playing can be, but they still seem to grab that pop-punk tag with their upbeat music and high pitched voices. Their talent does leave room to grow, which they seem to rake advantage of.

My American Heart released their sophomore album, Hiding in the Horrible Weather, last year and caught everyone off guard. Not only did the band’s lyrics improve, but their musical abilities seemed to grow with age and incredible amount of exposure in the two years before. It seems they took the experience with a grain of salt and soaked in everything they could when being surrounded by great musicians. Tracks such as “Boys Get Your Guns” ring on as a pop anthem that you could jam to over and over. Other notable tracks include the title track “Hiding in the Horrible Weather” and the acoustic guitars and ballad-like lyrics of “Tired and Uninspired.”

These guys are definitely worth a close listen, especially for fans of the likes of Switchfoot, Rookie of the Year, and The Red Jumpsuit Apparatus. You can also catch them on the Punk Goes Crunk album, with covers such as “California Love.”  But be sure to look for them on tour this fall and on their first headlining tour in the UK.