Uncertainty filled Grant Park’s south end on Sunday night. With Kanye West just moments away from making his triumphed return to Lollapalooza, this time faced with the task of closing out the 2008 version of the festival, questions undoubtedly floated throughout the crowd.

What would Kanye do? Would Lollapalooza be a follow up to June’s Bonnaroo disaster? Would his seizuring light show be brightening the night’s sky? Would the Chicago native treat his hometown to something special? What’s more, would the city even embrace a performance?

One couldn’t help but wonder.

Yet as darkness overtook the Chicago sky and the Lolla-goers began to fill the field encompassing the AT&T Main Stage, it became evident that the city was willing to give Kanye another shot, another opportunity to prove himself as the headlining performer he so often claims to be, rather than the egotistic maniac who held Bonnaroo hostage for nearly four hours.

Would Kanye return the favor? Would he prove the naysayers wrong, hypnotize first timers and diehards 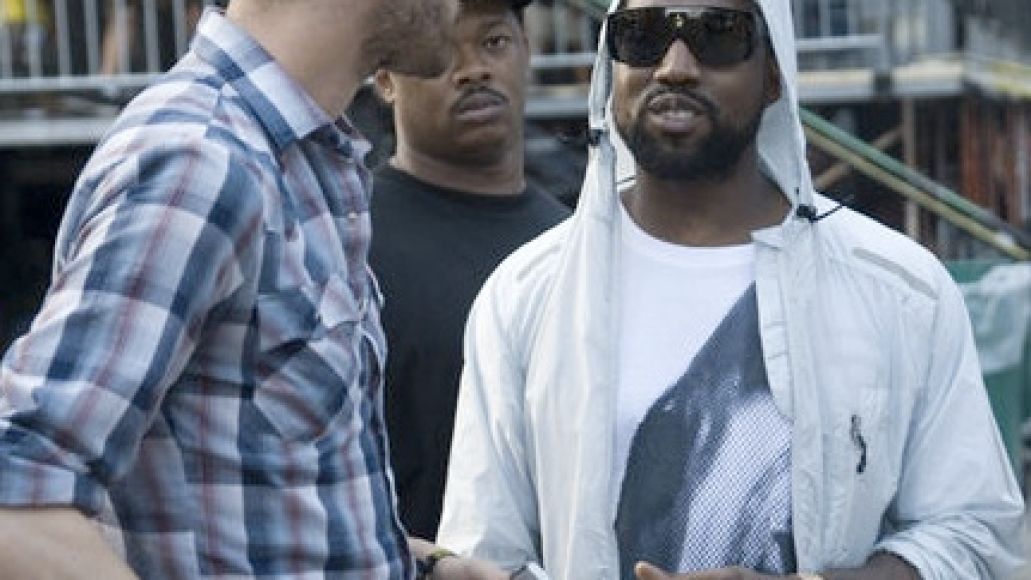 And perhaps most importantly, was Kanye aware of the implications of another disastrous performance?

But with the first sounds of a sample of “Stronger” transitioning into set opener “Good Morning”, the first sights of a bright-orange like sun beaming presenting the acclaimed rapper to the thousands who had come to give him that chance, all questions were answered. Kanye was here, lights in hand, ready to glow Chicago in the dark.

In fact, Kanye West didn’t just light up Chicago this Sunday evening, he took it over. The city became his, evolving into a giant performance area. The broadcast images of the diamond shaped lights of the Smurfit-Stone Building during “Diamond in the Sky” almost seemed too perfect, while the mix of West’s light show with the incandescent glory of the Chicago skyline created a scene for the ages.

Kanye West had come to Lollapalooza 2008 with something to prove. With lights mesmerizing and rhymes tantalizing, the 31-year-old rapper appeared steadfast in not only answering the doubters, but winning back the heart of a city. And as the sounds and styles of familiar favorites like “Good Life”, “Homecoming”, and “Flashing Lights”, it appeared Kanye did very that. The Bonnaroo debacle, the tantrums, the public meltdowns all became distant memories, erased by overwhelming sights and sounds. 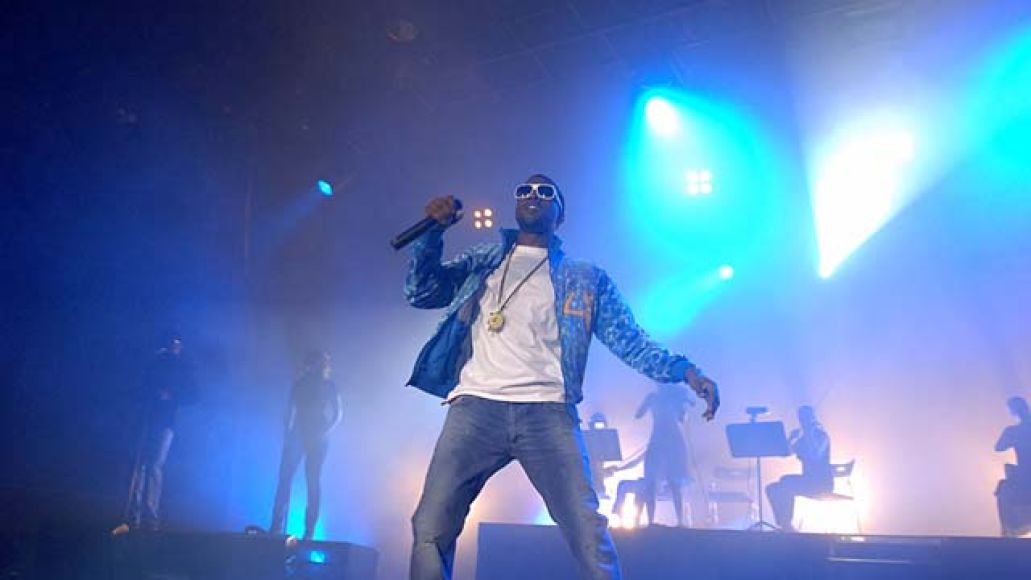 The reaction was equally breath taking. Reactions of “oh.. shit!” and “are you fucking kidding me?!?!” were commonly interlaced with Kanye’s mind-gripping beats. Kanye was no longer about Kanye. For the first time in what seems forever, Kanye was about the fan, the festival, the city.

“Is this what you waited all week for?,” West asked Lollapalooza with a sarcastic chuckle, knowing that in reality, the opposite was the truth. Kanye knew the importance and significance of this performance, and it was only fitting it took place in his hometown. “I’m all for my city, Chi Chi City,” Kanye sang with sincerity and passion. So what if they were pre-determined lyrics? The words fit the mood, the scene as perfect as the aforementioned diamond lights.

His words and performance brought memories of the Kanye West who first earned our love. The college dropout, the local success story, the persevering child who so often fills West’s lyrics, was the one who appeared at Lollapalooza this third and final night. It was the Kanye of old, the Kanye whose dedication and drive to never give up, even after success had been reached, the #1 song had been heard, and the #1 album had been achieved, was the one gracing fans with a 90 minute set full of hits that even the most casual rap fan couldn’t help but enjoy.

Sure, there was still some moments of self-acclaim, such as when West sought to analyze his legacy as it relates to legendary African American performers like Jimi Hendrix and James Brown. However on this night, on this stage, in this performance, the words seemed to show not an egotistic side, but rather reaffirm the things that make Kanye West great. After all, with the mindset and drive displayed tonight, perhaps the rapper’s comments aren’t so far fetched after all.

This was a performance that defines a musician and lives in the back of your mind for years to come. This was a show that as Kanye predicted, “you will be telling your kids about.” The encore of “Hey Mamma”, transitioning into a sampled version of “Don’t Stop Believing” before West reached his pinnacle, the long-awaited performance of “Stronger” only added to the spectacle.