There weren’t any fireworks over this headliner, but the Chicago natives didn’t need them. Strutting across the stage after a very impressive performance by Sharon Jones & the Dap Kings, Jeff Tweedy brought out his rag tag band for a universally sound set. Even if it was only months after their career defining residency here at the Riviera, Mid-westerner’s galore were eager to see what is quickly becoming an American musical past time, Wilco.

In the foreground of a bold Chicago skyline, the Bud Light stage shined a bright red, with fans gathering nonchalantly, as opposed to the rough housing going down across the park. It was pleasant and as many continued chatting or sharing joints, what was left of the wafty Saturday sun diminished quietly. A breeze joined in, just in time, as the band swept in to open with Being There‘s “Misunderstood.” Within seconds, multi-instrumentalist Pat Sansone was already throwing various instruments as Tweedy carried on with Yankee Hotel Foxtrot‘s pivotal, “I Am Trying To Break Your Heart.” Not much else was said, but most of the fans were too busy swaying, or clapping, or… wondering what the hell they were wearing. 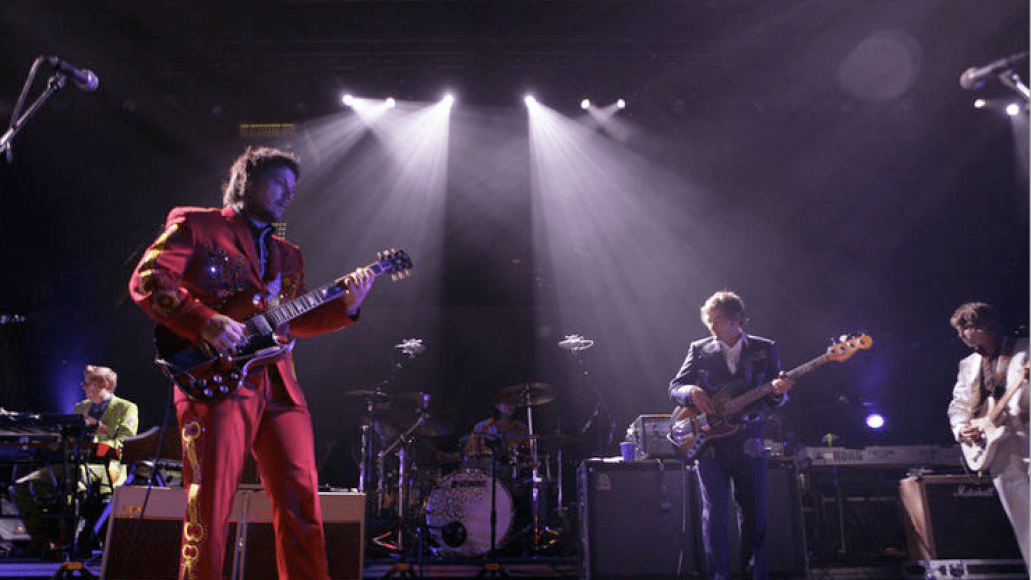 “We’ve spent a long time sewing,” Tweedy announced. Donning multi-colored, sequined tuxedos, embroidered with various Japanimation images, the band was a spitting image of the Beatles’ in its Sgt. Pepper era, if only the album cover had been shot in a warped Mexican-Japan union. As always, Tweedy’s charm preceded himself, and the crowd laughed and applauded everything the frontman said. It’s not too hard when he’s an all around, likeable sort of guy.

Two cuts off of Sky Blue Sky sounded perfect, both the title track and “Impossible Germany”, the latter becoming not only a concert staple, but the closest thing to a modern “Crossroads” on this side of the road. Lead guitarist Nels Cline committed every ounce of talent into each note, assaulting what is otherwise a calm, peaceful tune. It’s further proof that this is another band where every member achieves a certain level of accountability, namely in sound and regard. For instance, when bassist John Stirratt sang “It’s Just That Simple” off of A.M., the crowd treated the song with vigororous applause. It’s rare when bands of this caliber can pull something off like that. 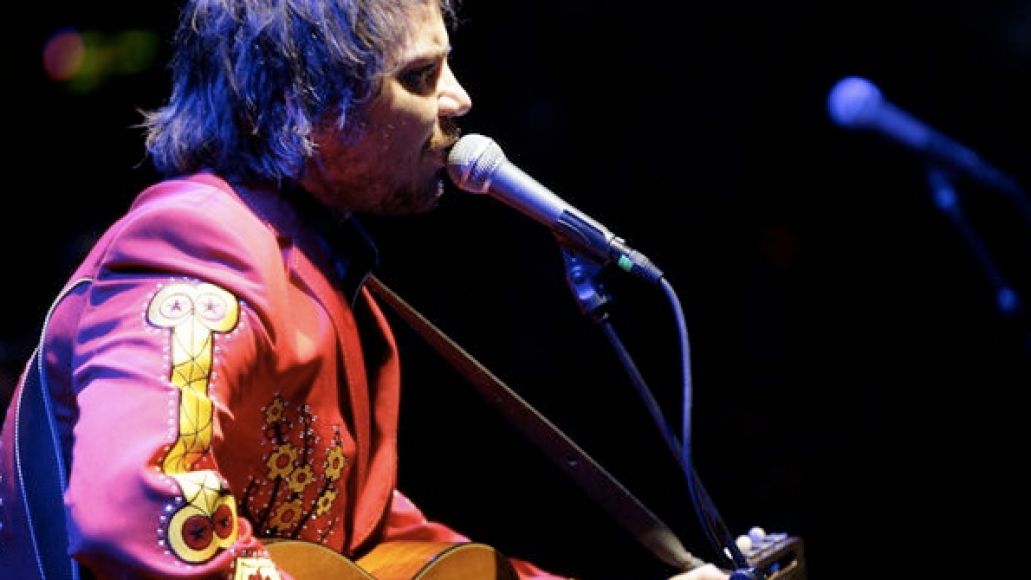 After fan favorites “Handshake Drugs” and “Pot Kettle Black”, Tweedy asked the crowd if they were interested in hearing a “WIP”, which he digressed as, “a work-in-progress.” The new track was impressive, channeling a more modern style, which seems new for some reason. If it weren’t for Tweedy’s signature cowl, the music could have been chalked up as a long lost b-side to Radiohead’s The Bends. It’s hard debuting new material at shows, especially at a festival, but the crowd (moreso the fans) seemed excited. 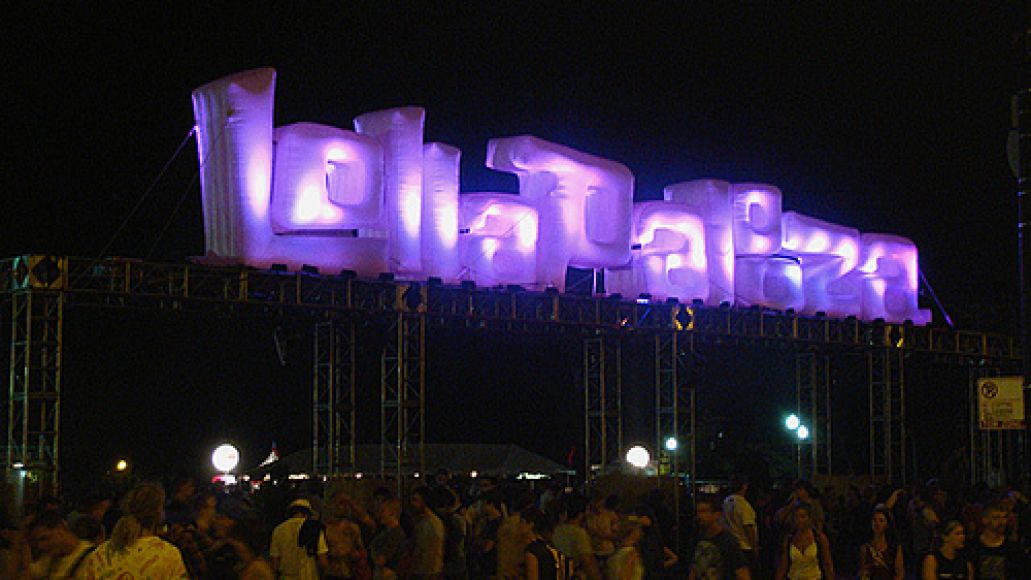 Midway through the set, drummer Glenn Kotche appeared not only disheveled, but both dehydrated and overwhelmed, with gallons of sweat pouring through his suit, which is more or less a trademark of his. He managed to stay tough and heavy through the long and jammy “Spiders (Kidsmoke)”, which went over well. To finish the show off, the band invited out the horn section, pulling out some expected tracks, which held the casual fans over while they pummeled through some live rarities for the die-hard fans.

Fortunately, such rarities were rocking ones. After the safe and engaging “Walken”, Being There‘s “Monday” and “Outtasite (Outta Mind)” closed the show, killing any reason for an encore (which was forbidden by Grant Park’s curfew, anyhow). “Matured” is the wrong verb to describe what’s happened between now and their non-headlining duties at Lollapalooza 2006. It’s a mystery, really. In no way, shape or form does Sky Blue Sky come close to their previous albums, yet the band is now a staple name amongst fans of music. What happened? Well, the only thing that comes to mind is the same thing that happens when they grace the stage…