The third day of any festival is always hard. Aching backs, sore legs, and trembling eyes are usually the sort that describe a third day attendee. It makes you wonder how anyone can survive the fourth day at Bonnaroo, let alone the late nights. Fortunately for those that attend Lollapalooza, things are wrapped up nicely on Sunday, usually. Unfortunately, this year’s Sunday was a bit stale in comparison to Friday and Saturday, with most of the acts smudged at the end, inviting chaotic scheduling conflicts that nobody should have to make. It didn’t help that the sold out crowd felt overbooked and unwarranted, either.

Heat and humidity didn’t stop vocalist Michael Kincaid from rocking out on a Sunday morning. Over at the Citi stage, What Made Milwaukee Famous churned out a few genre spanning songs, mostly picked from this year’s album, What Doesn’t Kill Us. Everything from Spoon to Dashboard Confessional bled from the set, though much to the audience’s pleasure, they never strayed too far from the garage. It was a good early morning set for the Austin, Texas unit, though not nearly as memorable as one would have expected. 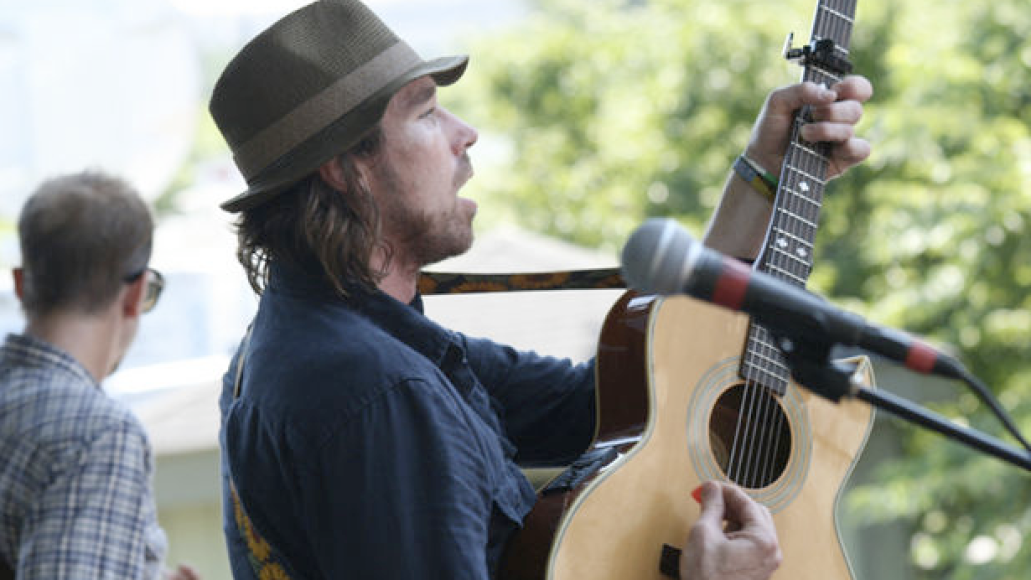 Despite the prospects of playing on a stage missing a video screen and still rittled with sound problems  (see MGMT’s Saturday set), The Whigs provided an early morning punch of grunge-friendly rock anthems that helped get many folks filling the south end of Grant Park out of Sunday morning hangovers. While there was a large contrast in quality between the Georgia native’s heavy rock oriented sounds vs. their slower, acoustic ballads, which almost seemed overwhelmed due to the size of the stage, the – fronted band’s passion and drenched, Cobain-like look, certainly left a lasting impression. 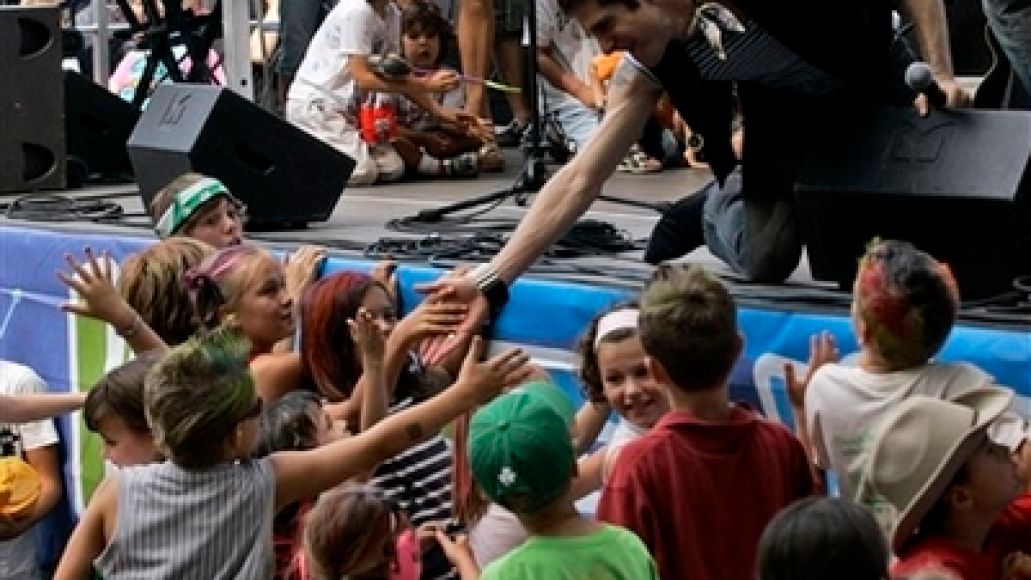 2005, this year’s performance was one for the ages. Like yesterday, the former Jane’s Addicition frontman/Lollapalooza mastermind was joined on stage by Slash for a short, unannounced performance. Only this time around, the performed renditions of Stevie Wonder’s “Superstitious”, GNR’s “Knockin’ on Heaven’s Door” and Jane’s “Mountain Song” and “Jane Says” were for the children presented at the Kidzapalooza stage on Sunday afternoon. Though between Perry’s mystifying pieces of advice to the young boys and girls, Slash’s cigarette smoking guitar playing, and the massive amounts of adults overwhelming the tiny stage, the performance was anything from your standard lullaby.

As Perry and Slash were entertaining the kids, the electro-friendly duo better known as Chromeo offered those gathered around the Myspace stage an incredibly vibrant and loud performance full of familiar favorites from their much-acclaimed debut album, Fancy Footworks. Unlike some of the other indie approved acts who struggled on the massive stage (see: MGMT, Mates of State), Chromeo seemed to flourish in the setting.

This is the conversation we imagined taking place when Girl Talk was scheduled to perform on the much too small Citi Stage:

C3 Presents Staff Member: I think we should book Girl Talk, a mishmash DJ from Pittsburgh that everyone seems to be talking about these days.

Perry Farrell: Anything for Lallapaloooza!!! But since his name doesn’t have the “Jane’s Addiction,” “Slash,” or “Rage Against the Machine,” in it, I feel like he should be put on the Citi Stage.

The result: sheer and utter mayhem. While those who actually saw Gregg Gillis would have only seen the DJ jumping up and down around his custom made laptop, the suffocating crowd size certainly put a damper on what sounded like another trademark Girl Talk performance. 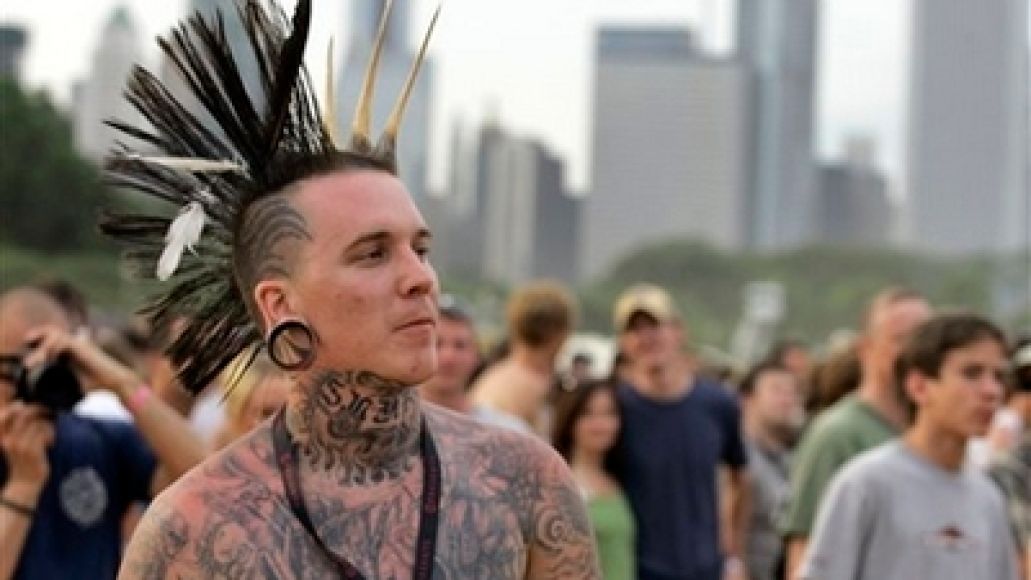 Over on the modest MySpace stage, New Jersey’s own Blues Traveler rocked through some good ol’ blues rock. Frontman John Popper looks the same as usual these days, though he’s a bit more engaging, and with good reason. The band managed to grab a larger than expected crowd, which enjoyed the set list ripe with new and old. No surprise that old timing hit, “Runaround”, received some accolades; however, the audience stuck around ’til the end. Good news for the Princeton quintet.

English rockers Love and Rockets played a loud set, and stress the loud, as the sun settled once and for all. While most of the audience could have been waiting for the industrial madness to come, the gothic rockers benefited from a crowd who loved hard hitting rock. Borderline shoegaze, Love and Rockets was a pleasant surprise. Drummer Kevin Haskins proved to be one of the better drummers for the weekend, shining towards the end in songs “Kundalani Express” and “Mirror People.” The shining moment came during closer “Yin and Yang (The Flowerpot Man)”, where a group of dancers, hidden behind black and white striped costumed and dome faced heads, ricocheted around and around. It all came down into a culminating crash and burn, ending a powerful and unlikely set. Before leaving the stage, bassist David J tipped his hat to the audience, and then held it out, for God knows what.

A member of the audience gathered at the Playstation 3 stage around 8:00 p.m. said it best. “The National just sound perfect.” Though not your prototypical festival-friendly band, especially considering the Brooklyn based rockers were performing right before Nine Inch Nails, the Matt Berninger led band delivered a performance of unmatched musical quality, mixing stunning, vibrant sounds, somewhat reminiscent of Nick Cave, with equally captivating lyrics. The National’s hour long performance was quality throughout, but the set’s final two pieces, “Fake Empires” followed by “Mr. November” in all its perfection, was easily one of the biggest highlights of not only the set, but entire third day. 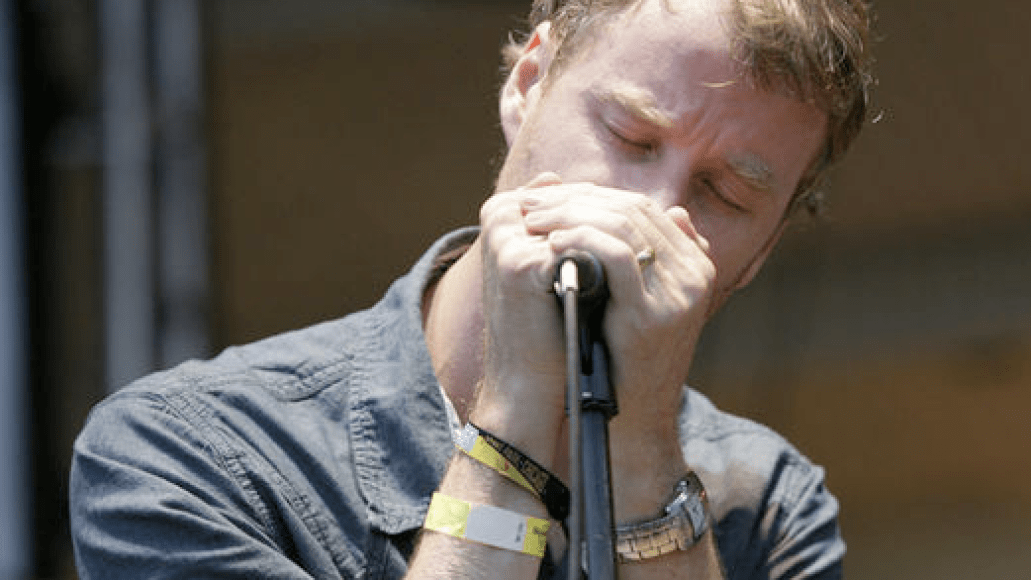 As the final day of Lollapalooza 2008 came to a close, two of music’s more intriguing names, Kanye West and Nine Inch Nails, took their respective stages for the last performances of the day.

Lollapalooza 2008: Day Three by the Numbers:

Photos via Lollapalooza.com and Associated Press…