The New American Music Union Festival, curated by Anthony Kiedis, rolled into Pittsburgh’s South Side this weekend boasting a lineup as diverse in styles as the many incarnations of Kiedis’s own Red Hot Chili Peppers. This was arguably the most dynamic group of bands to ever hit the Steel City, and it’s a revelation of sorts for a music scene that has grown increasingly neglected in recent years. Local music fans responded to having their own backyard festival by flocking in droves to the makeshift venue at South Side Works, selling out the show and transforming a parking lot into Pittsburgh’s largest block party since the Steelers won Super Bowl XL.

We each have fantasized about the lineup for our very own dream festival. Well, Anthony Kiedis was 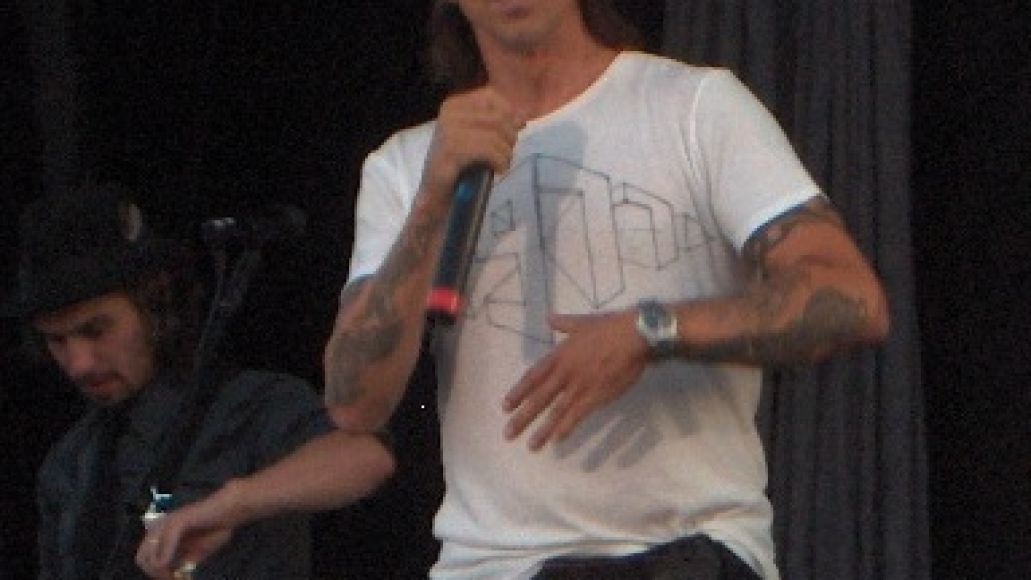 given the chance to actually make his dream come true. Kiedis handpicked the lineup and was in attendance both nights to welcome the crowd and rave about the bands we were about to see. Throughout the festival, you couldn’t help but notice the Peppers’ diminutive frontman off-stage head banging and dancing to every single act.

Kiedis’s enthusiasm proved contagious, spreading among the bands. We learned that Brendan Benson of The Raconteurs is a diehard Spoon fan. Bandmate Jack White commented, “We’re sandwiched between two slices of bread. Between Gnarls Barkley and Bobby D. That’s a damn good place to be.” Fans quickly got the sense that the bands were actually fans themselves, also in awe of what was taking place. This vibe trickled down to even the smaller acts. Members of The Duke Spirit and Black Mountain climbed on top of tour buses to get good seats for The Raconteurs and Dylan sets, nobody wanting to miss a thing.

Maybe Gnarls Barkley’s Cee-Lo best summed up the experience while staring out into the massive crowd. “You gotta admit,” he said, wiping his brow and grinning from ear to ear. “It’s pretty awesome.”

Tiny Masters of Today come pint-sized and David Bowie-approved. The band consisting of siblings Ivan, 14, and Ada, 12, had the duty of kicking off the festival. I came in at the tail end of their set, just in time to hear a solid cover of House of Pain’s “Jump Around,” which had the early crowd beginning to do just that. Folks who caught the entire Tiny Masters set said they were shocked by both how young and how good the brother and sister were. Let’s face it. No other musician at this festival could do what the Tiny Masters are doing at such a young age. Keep an eye out for a future gig near you. Don’t let their size fool you. These child virtuosos can bring it.

Squeak E. Clean and DJ Zegon, the duo known as NASA (North America South America), took the stage in bright, orange astronaut suits and spent thirty straight minutes manning the turntables. They were soon joined by their “Martian girls,” two dancers wearing metallic, silver swimsuits and green body paint. A few minutes later, more astronauts and an extra-terrestrial ape-lizard (I’m not making this up) engaged in an intergalactic battle for the hearts of the lady Martians. While all of this was going down, NASA spun doctored remixes of songs ranging from Pink Floyd’s “Another Brick in the Wall Part 2” to Blur’s “Song 2.” The crowd was hesitant at first, but when Rage Against the Machine’s “Killing in the Name Of” began blaring, the music and stage show fused together and had the early crowd head banging. NASA is further proof of what Run-DMC once told us: a deejay can be a band. Their full-length debut will be out in the fall and will feature collaborations with pop icons like David Byrne, George Clinton, and Tom Waits. 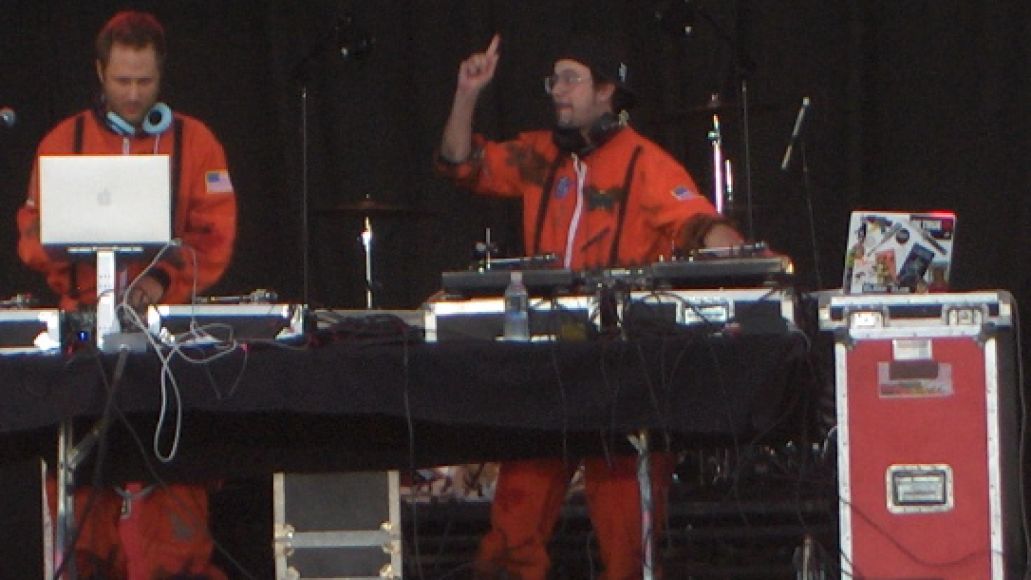 Make no mistake about it. The Friday crowd came for The Black Keys, and Dan and Patrick would not disappoint. The crowd’s energy and anticipation were palpable, and fans went insane as roadies blew up a giant, inflatable tire that read “Heavy Sole Black Keys Akron, Ohio.” The small town boys turned modern blues rock gods took the stage a short time after darkness had set in, and they not only lived up to but somehow managed to surpass the hype. Local H is the only other two-man band that I’ve ever witnessed unleash a wall of sound like the Keys did. However, what fascinated me most were the grooves and smooth vocals Dan put down to match Patrick’s muscle behind the drum kit. I found myself torn between head banging and dancing, the only certainty being that Akron’s finest were delivering a 45-minute set that local fans would not soon forget. The highlight for me was an awesome cover of Captain Beefheart’s “I’m Glad,” a staple in the Keys’ recent shows. During the set, Dan mentioned that the band hadn’t played Pittsburgh in some time. I think I speak for everyone at Friday’s show when I say: Dan and Patrick. Please don’t be strangers.

The crowd wasn’t sure what to expect from The Roots, a legendary hip-hop act from Philadelphia. Most audience members would have probably preferred The Black Keys to headline and play the hour-long set instead, and given the performance we had just experienced, it would be tough to argue against that thinking. The Roots took the stage one by one and began playing their instruments-think the Talking Heads “Stop Making Sense” concert film-until vocalist Black Thought completed the ensemble and broke into the first of several electric hip-hop numbers that quickly got the crowd energized and dancing. What I loved most about the Roots was the variety in their set; they truly transcend any genre you might attempt to file them under. Guitarist Capt. Kirk brings a rock & roll feel to the group, and his soloing and Jimi Hendrix stage antics were highlights of the festival. “I agree,” said Black Thought watching Kirk play the guitar behind his head, “It’s impressive.” Each band member got his chance to be in the spotlight, including drummer Questlove, who took the lead vocals on a version of “Criminal” that was criminally good. 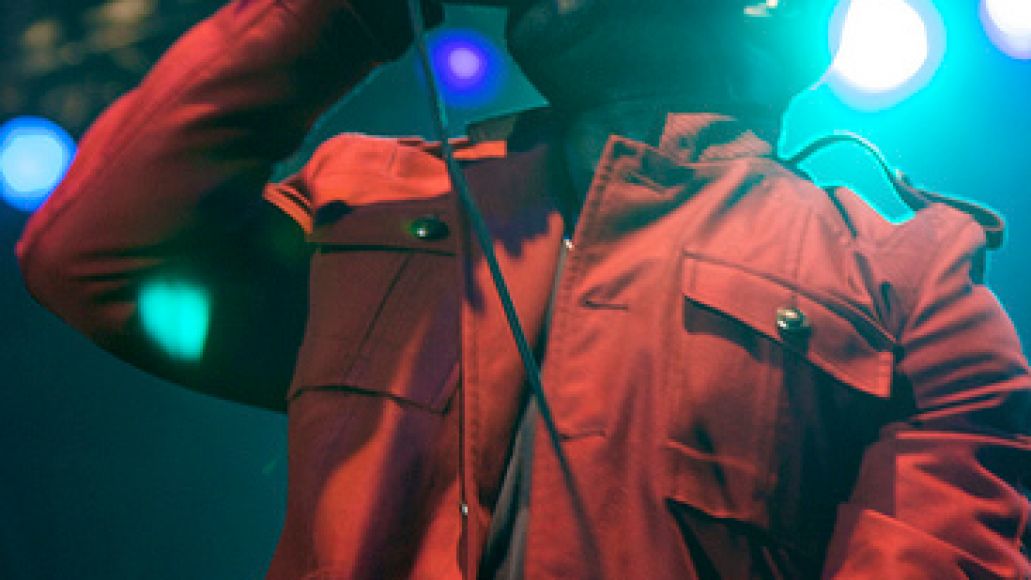 It did not take long for the audience to understand why The Roots were headlining Friday’s lineup. A fun-loving stage presence coupled with serious musical chops makes this band one of the most dynamic forces you’ll ever see in concert. Oh, and did I mention they’re really nice guys? Questlove and F. Knuckles spent ten minutes after the set autographing and giving away every piece of equipment they could, including a drum cover that Questlove sailed like a Frisbee forty yards into the crowd. By the time it landed, the stage was empty, and fans were left wondering how they could have ever doubted The Roots in the first place.

Be sure to check back tomorrow for my day two coverage, which will include reviews of sets by The Duke Spirit, Black Mountain, Gnarls Barkley, Spoon, The Raconteurs, and Bob Dylan and His Band. I’ll also be passing out my festival awards and giving some final thoughts on how Anthony Kiedis’s festival stacks up against the competition.

Many thanks for additional photo support by  C.C. Chapman… 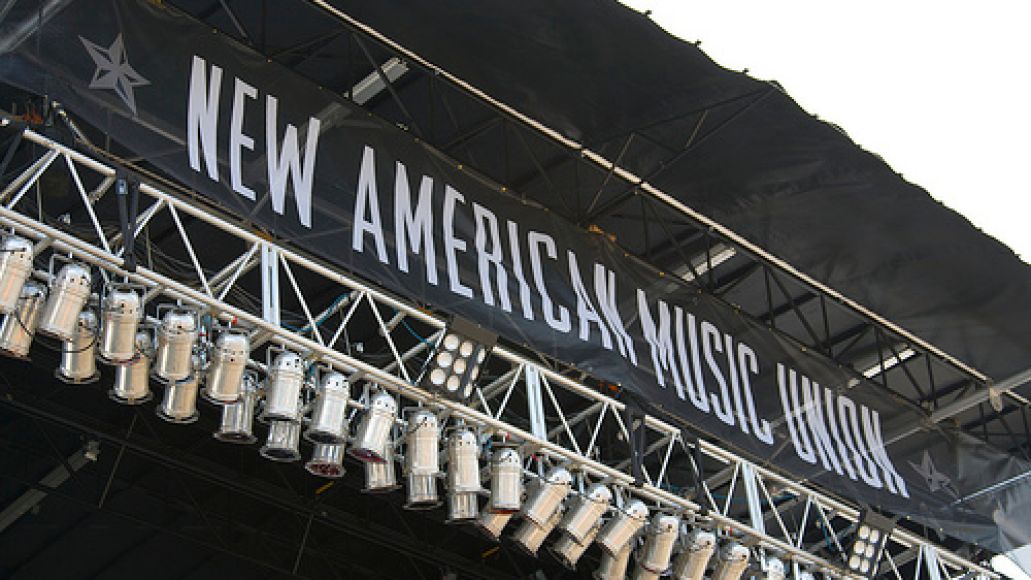 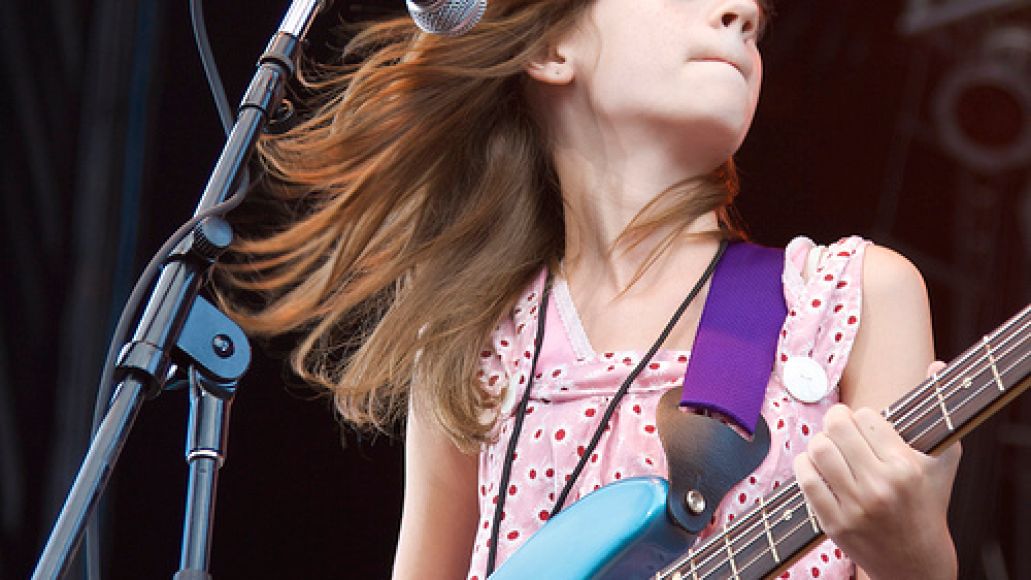 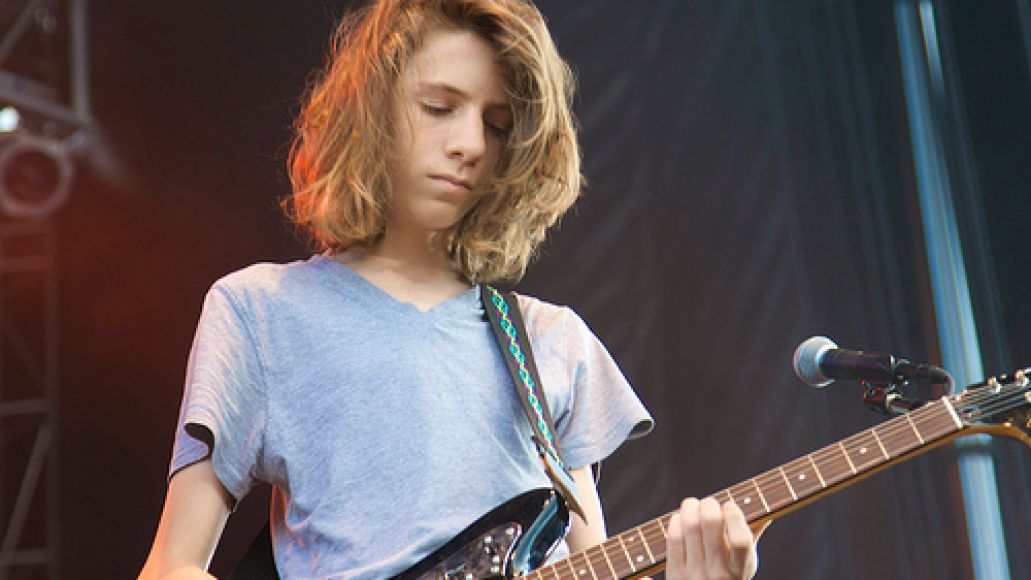 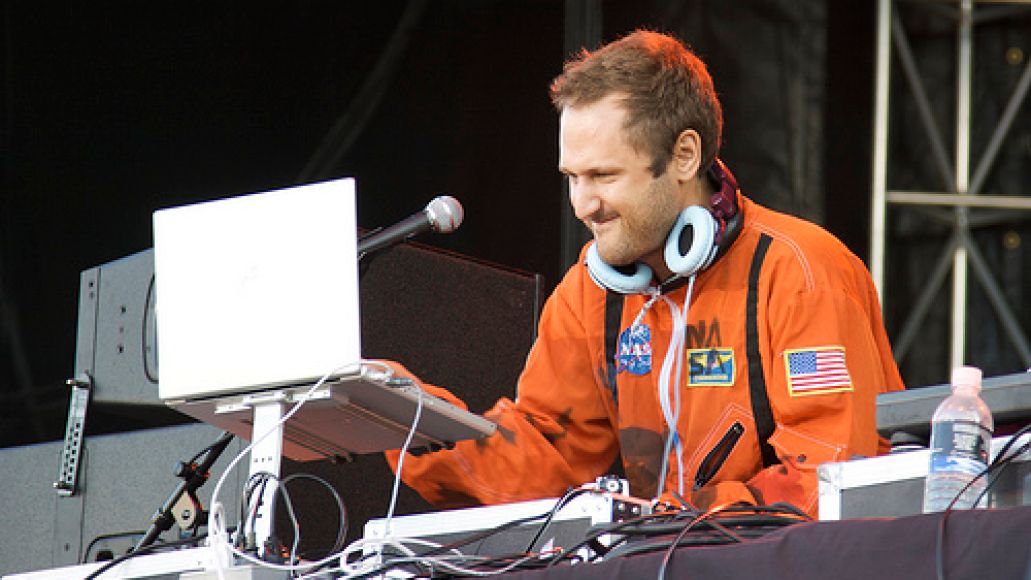 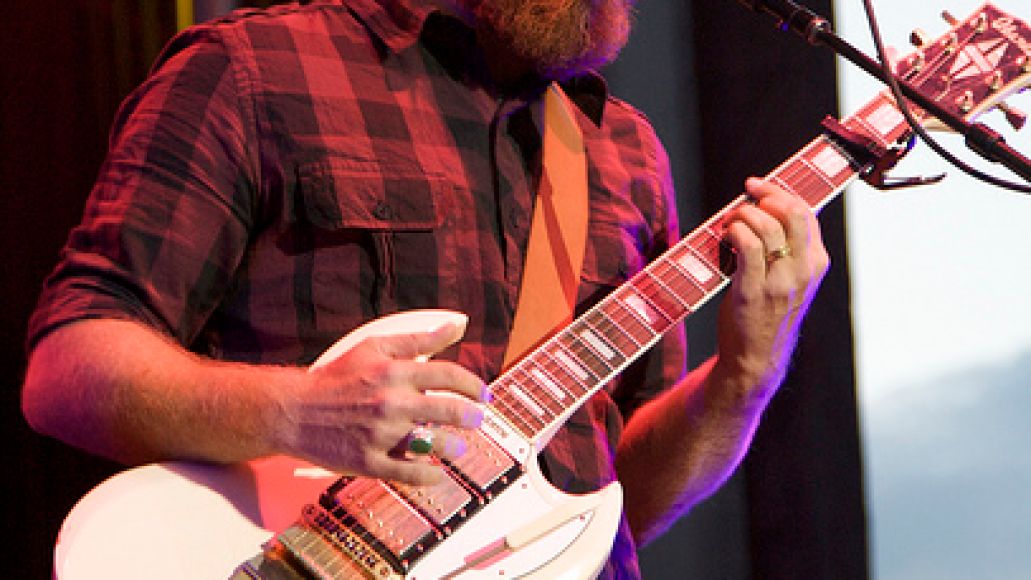 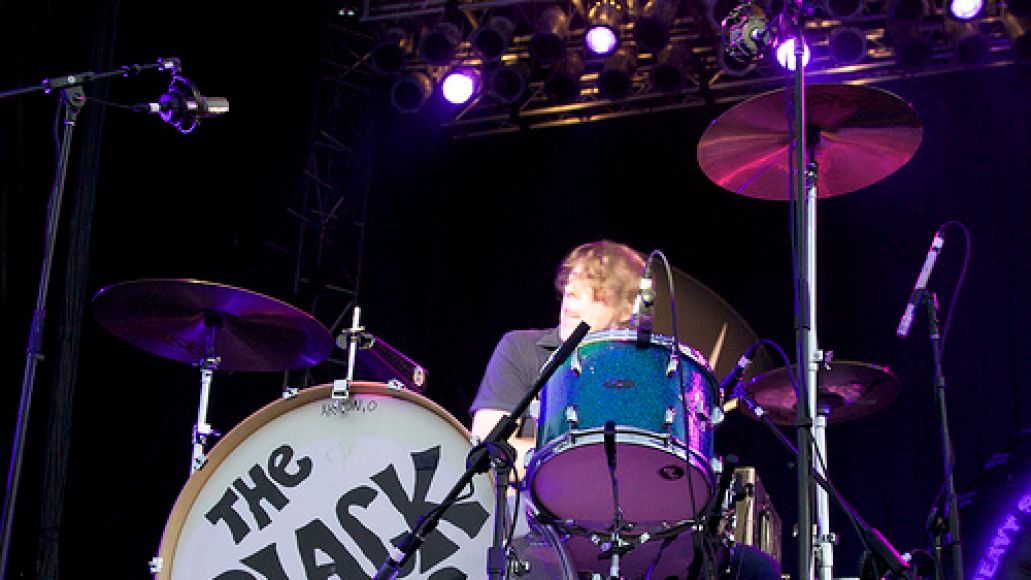 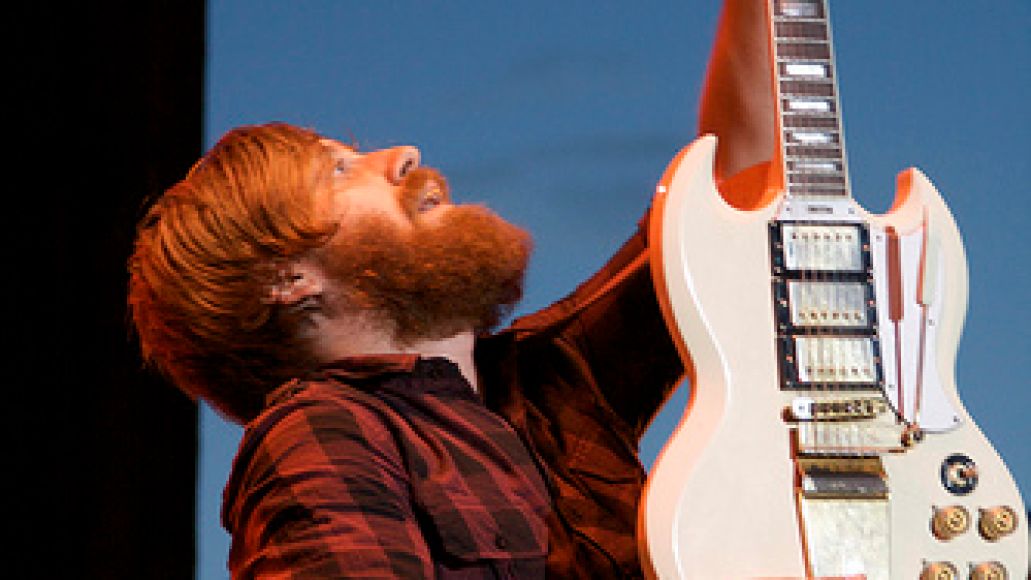 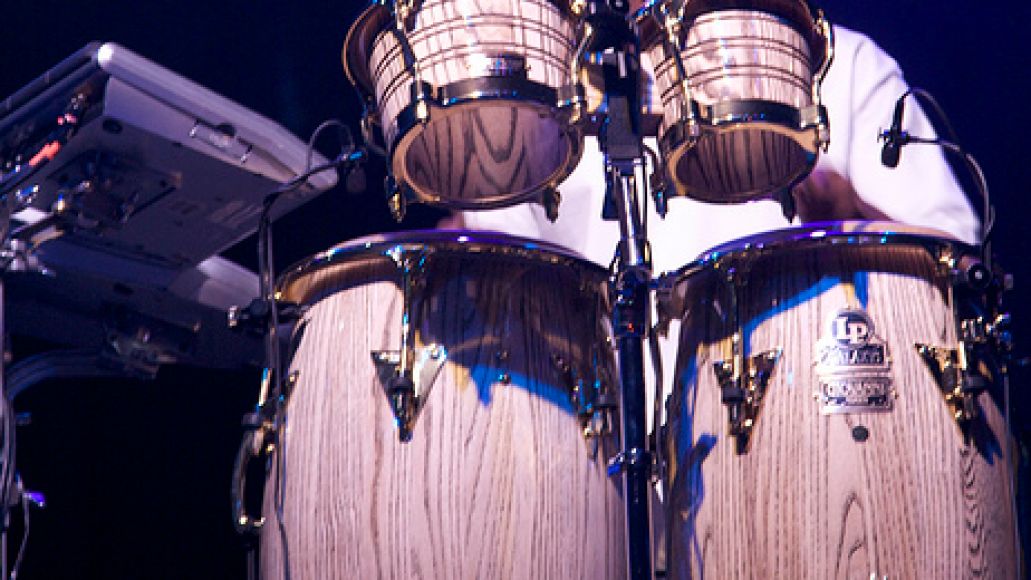 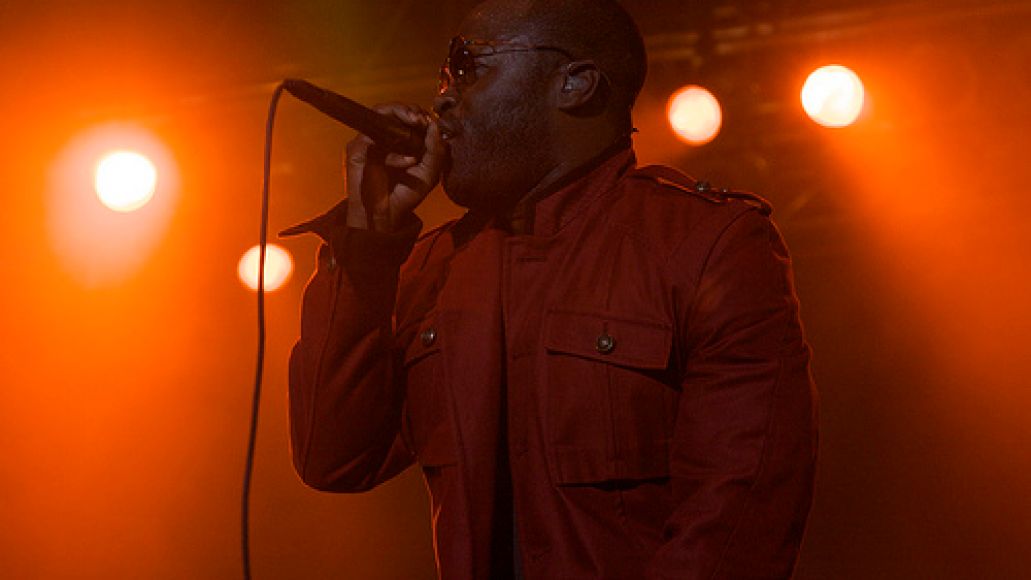 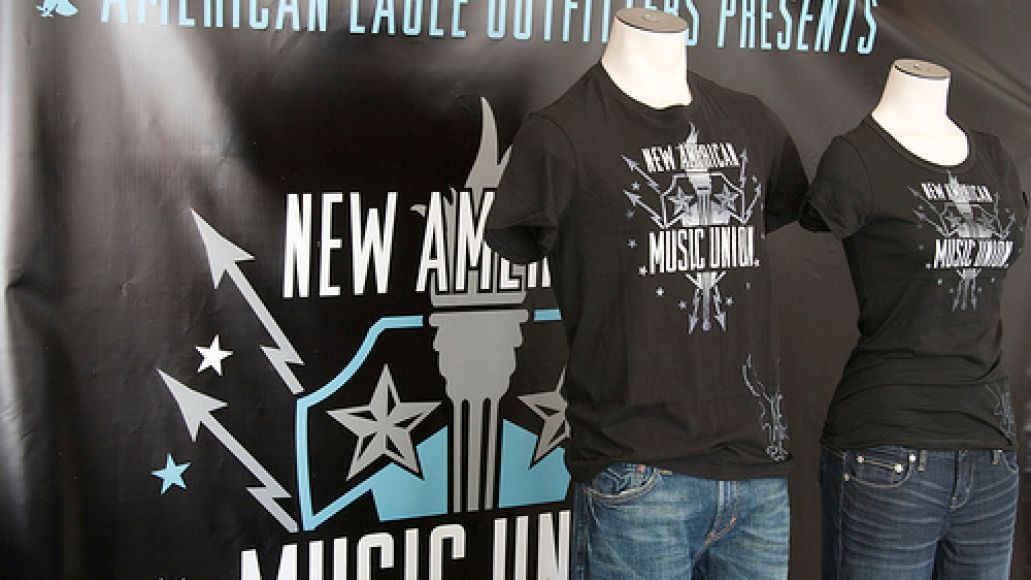