The final stage performance for day one of the inaugural Outside Lands Music Festival was unsurprisingly Radiohead. After all, what better band could have been chosen to play the first musical performance set after dark at the beautiful Golden Gate Park? It just seemed to make too much sense.

As the sun set and fellow performers began to pack up and go home, those attending day one of the San Francisco based festival rushed in to claim a spot in anticipation for Radiohead and its accompanying brilliant light show. The crowd was unbelievably huge. What seemed like millions packed in the surrounding area; all hoping to get a little closer. People were even piled up around the neighboring hills, hoping to get a better view from higher up. For the ones fortunate enough to get up close, they were guaranteed a likely life-changing experience – Radiohead’s acclaimed light show, up close and person. However, was it worth the struggle? 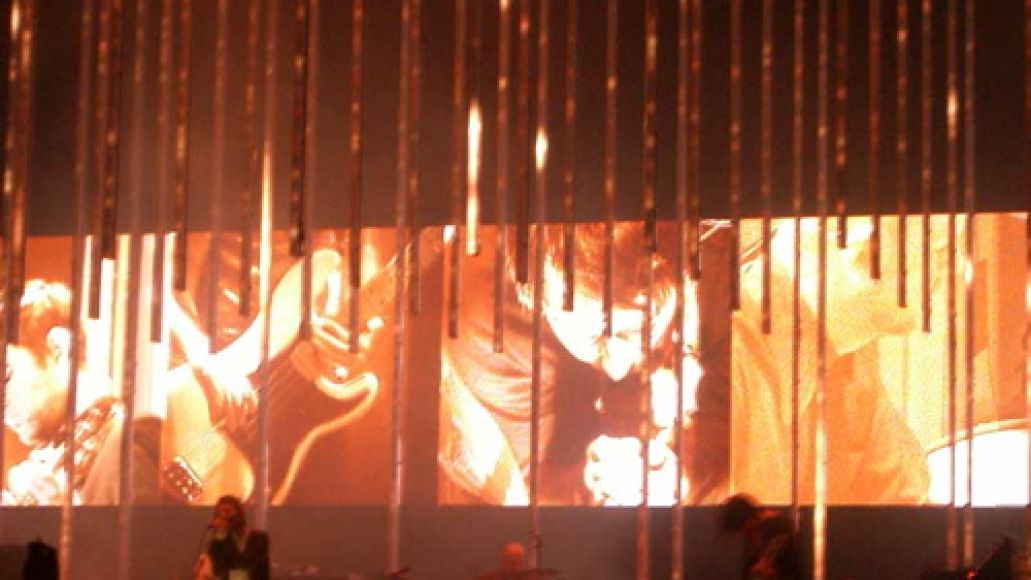 The answer was surprisingly, yes. Although we were bunched in so close together that it was hopeless to think we’d be able to not feel another person’s body on all four sides of us, the gathered crowd managed to have one hell of a time. At times, we all feared someone would pass out from dehydration, thanks to the intoxicatingly thick cloud of cigarette and marijuana smoke (not to mention, incredibly hot temperatures), but thankfully, by night’s end, no one did.

Performance wise, Radiohead played a mix of the somber, heart wrenching melodies that made them famous, and a lot of the more fast-paced songs featured on In Rainbows. However, due to circumstances beyond the band’s control, the performance got off to a pretty lackluster start. During song number three, “Airbag”, the sound completely cut out for about two minutes. The band responded by continuing to play with Thom Yorke proclaiming after the song that “someone spilled a beer back here on some of our chords.” While a collective laugh among the fans seemed to put the mishap in the rear view mirror, j 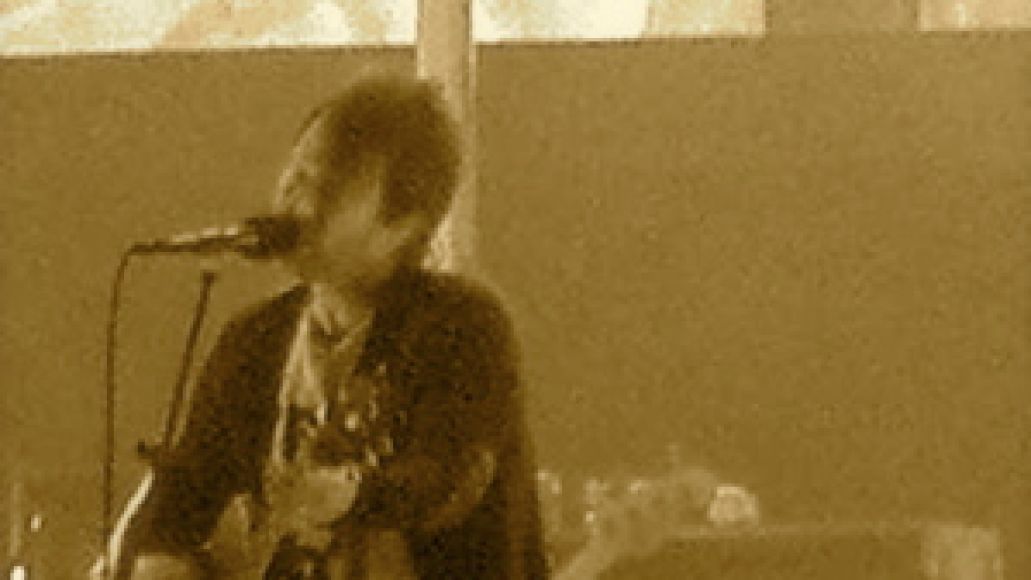 ust two songs later, during a rendition of “All I Need”, the sound problems showed their ugly face again. When it became evident that, this time, the solution wouldn’t be quickly, the crowd began to bellow out the lyrics (off key) in hopes of helping the situation, which turned out to be somewhat charming. Eventually the sound returned, Yorke again apologized, and the performance carried on with no further issues.

Radiohead continued on flawlessly as Yorke and the others played a number of their all-time favorites. “Talk Show Host” and “Fake Plastic Trees” got the crowd riled up, while “Karma Police” produced a scene of chaos with fans managing to bounce and hold up lighters at the same time. It was a chaotic and fun mix matched pleasure.

And the light show! Oh, the light show! Each one of the set’s 22 songs was perfectly matched up to appropriate mood lighting. Ranging from fast paced red and orange squiggles to light blue and white wave-like ripples that all crashed silently on the stage, the lights fit perfectly into every moment. The audience was left captivated and amazed by the beauty of it all and at points during the evening, they were even left speechless.

As Radiohead closed their set out, after playing for a little over two hours, day one of Outside Lands came to an end. The millions of people in attendance filed out at a painstaking slow pace toward a slew of over crowded buses. A collective mood of happiness seemed to radiate from the wearied festival goers, almost as if everyone was thinking the same thought – “I just experienced the crazy, mind-fuck light show experience they call a Radiohead performance. Nothing else really matters.” 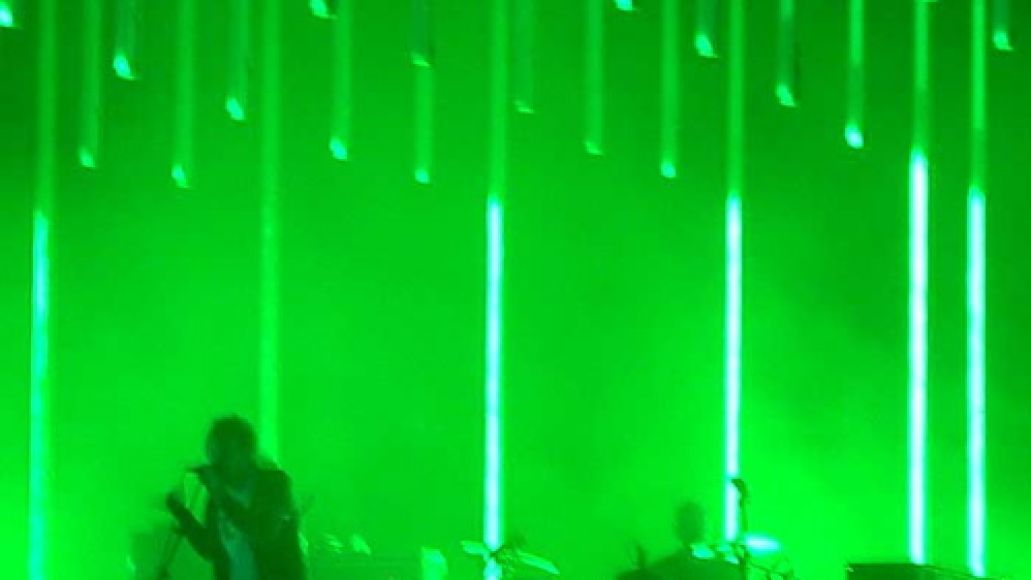