Liars are a three-piece band consisting of Angus Andrew (vocals/guitar), Aaron Hemphill (percussion, guitar, synthesizer), and Julian Gross (drums). The band was first conceived in 2000, when Hemphill and Andrew reunited in New York City. After losing a few members, Gross was recruited as a replacement and the trio has been consistently releasing albums since. 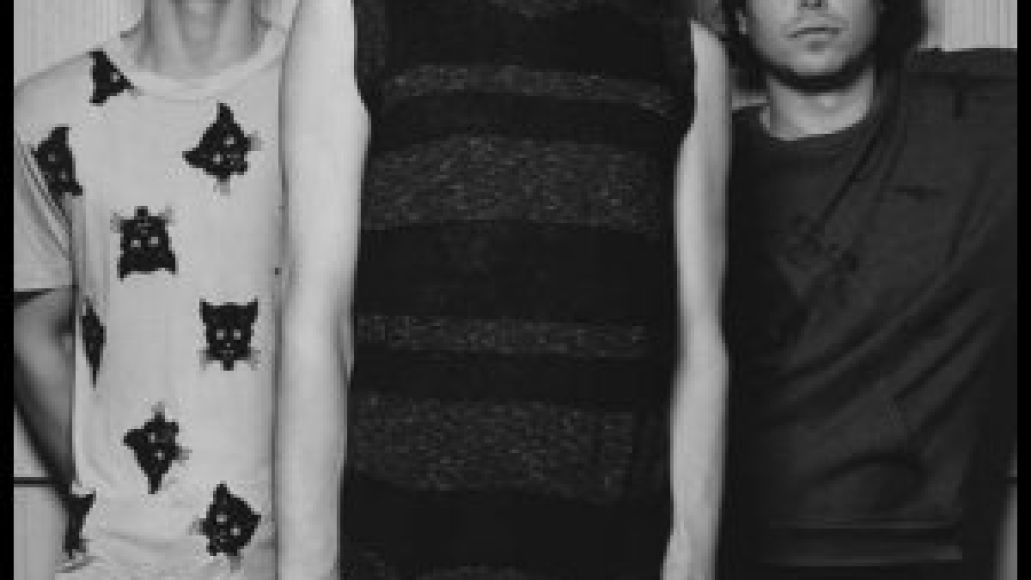 Initially, Liars were lumped into New York’s post-punk revival scene, but nowadays the band is recognized for keeping a consistent interest in rhythm, synthetics and sound texture while drastically shifting their style on each album. The band creates angular yet melodic songs, through their use of synthetic keypads, vocal modulation, a drum machine and prearranged compositions.

2004’s They Were Wrong, So We Drowned was the second Liars album, but the first featuring the band as a three piece. It was inspired by experimental electronic music and German legends about witchcraft. The band was so eager to experiment with witchcraft that they relocated to a cabin for the recording sessions and immersed themselves in nonfiction accounts of witch trials and traditional witch folklore. This helped Liars create a “story album,” in which each track looked at a generic fairy tale from a different perspective. Feeling even more ambitious with Drum’s Not Dead in 2006, Liars started experimenting with modified drum sounds. The album featured heavy drum beats, backed by a ton of atmospheric guitar work.

The band’s most recent achievement is Liars, which was released in 2007. The band took a sharp right turn with this one, heading back to basics. Liars is much more simplistic rhythmically, featuring a lot less noise experimentation. Overall, it achieves a sound that is less raw and gritty than their previous work. However, it still manages to keep its audience surprised by Liars‘ ability to easily adjust their sound.

If you dig eerie, yet captivating songs with a lot of distortion, Liars are definitely for you. Check them out at 2:55 p.m. on Saturday, August 23 at the Panhandle stage.